Direct Hit! are days away from the official release of their next full-length Crown Of Nothing, but they’re teaming up with AP today for a first listen.

With a new set of tracks comes a new narrative, and this time, the band delve into the existence of angels and demons.

“Crown Of Nothing is a story about angels and demons, and how they exist in the same place,” frontman Nick Woods explains.

“‘Altered States’ in particular is about the existential crisis that arises when I think hard enough about heaven, and how an infinite existence, no matter how comfortable, can’t be meaningful,” he says. “And so in the face of unlimited time, is it really all that different than hell? The angel we follow in this story ponders the same questions in the song.”

Direct Hit! recently released a video for “Different Universe,” which is also part of a bigger story.

“Back when we were just starting to write this album, a friend of ours was insane enough to write a script for a feature-length movie fleshing our Crown Of Nothing’s plot and characters,” the band says. “This is a trailer for that film, set to the lead track on our new album.

“If you want the whole story, Walker Dubois took it to an even crazier length, and turned that same script into the comic book you can buy along with the new record. We’re proud of all the work they did, and hope it pulls you into the world we tried to create with our music this time around.”

The band are also assessing who they are as a band with the release of this new album.

“We moved into an abandoned club on the south side of Milwaukee this year and have been working to open it to the public in 2019,” Woods explains. “We have big plans to do a lot of work there, putting out music (both ours and other people’s), promoting shows, making movies—somewhere in there we’ll be on tour.

“We don’t want to be the same band, going through same album cycle time and time again. Next year’s gonna involve a lot of figuring out what kind of group we’re gonna be.”

Check out the full album below. 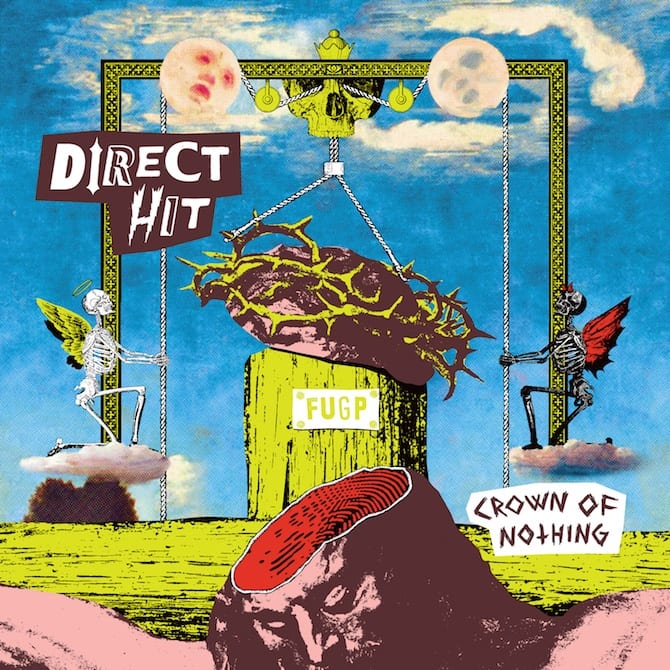 Crown Of Nothing is a follow-up to 2016’s Wasted Mind and the former is available Friday, Oct. 26 via Fat Wreck Chords. The album’s preorder and tickets for their upcoming shows are available here.