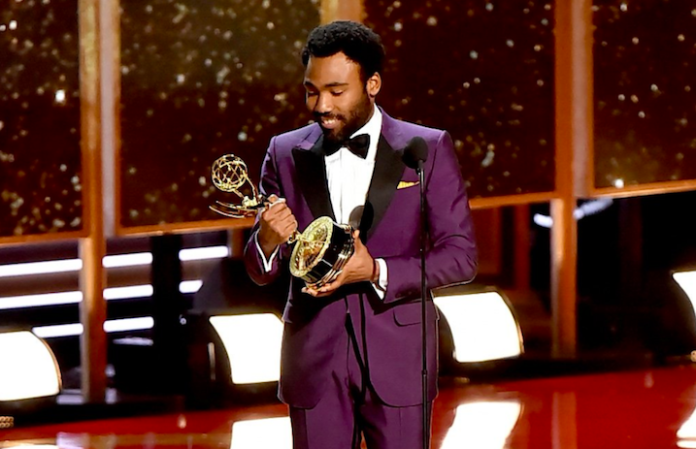 The 2017 Emmys were notable for a number of reasons, including the politically-charged jokes and commentary that ran throughout. But the most notable trend this year was the prominence of women, members of the LGBTQIA community and people of color winning the awards for which they were nominated. One of the most prominent winners in this regard was Donald Glover, who took home his first pair of Emmys for his work on Atlanta.

Winning for Best Directing in a Comedy Series and Lead Actor in a Comedy Series, Glover made his time count on the Emmys stage. Beaming with pride, the actor made it clear that his win was not solely because of his work and vision; rather, he got there because of that guiding hand and hard work of his team and those who cheered him on. What made this moment even more special is that Glover is the first African American man to win Outstanding Lead Actor in 35 years as well as being the first-ever black director to win for Best Directing in a Comedy Series.

Clearly humbled when he first took the stage to accept for Best Directing, Glover gave a touching speech wherein he thanked his parents and “the great algorithm that put us all here,” a reference to the level of talent packed inside the Emmys auditorium.

While Glover’s first speech was focused on thanking those involved with Atlanta, his second speech where he accepted the award for Best Lead Actor in a Comedy Series ran the gamut from thanking his family (including his partner and his sons) to delivering a political jab at President Donald Trump, which was veiled as a compliment.

“I want to thank Trump for making black people No. 1 on the ‘Most Oppressed List.’ He’s the reason I’m probably up here,” Glover told the crowd, which received a mild chuckle of acknowledgement from the audience.

But Glover’s wins were both personal and political victories. Personally, these mark his first Emmy award wins despite having a long career in television. His hard work has now been recognized and cemented with these Emmy wins. And while some of us may not be so quick to admit it, Glover’s political commentary about Trump’s alleged role in his win isn’t inaccurate to say. Glover has just achieved a major win in one category that has never been achieved in the previous 68 Emmy awards ceremonies while, in another, breaking a dry spell where actors of color hadn’t been awarded. That he is a black man thriving so publicly in a time when it feels as if our government isn’t too pleased to see black folks thriving in spite of the outrage and backlash put upon them is a deeply political statement and triumph.

Glover absolutely deserves these wins. It’s difficult to imagine a man better suited for these honors and these major achievements, but if it had to be anyone, it should have been him.