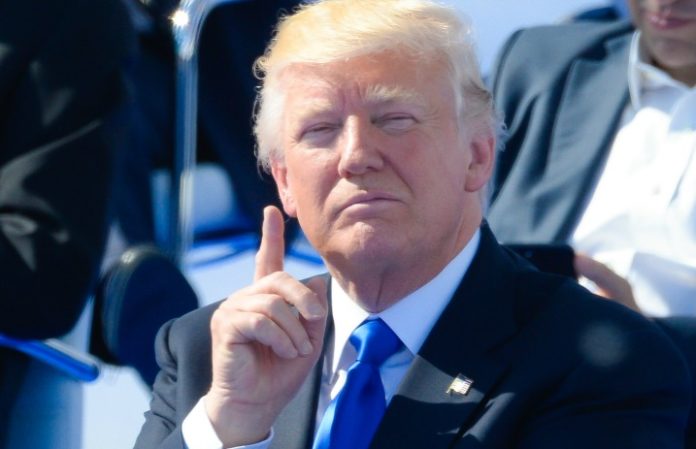 Political pundits from Amy Goodman to David Brooks claim they have never before seen the likes of President Trump. Fans of popular music know better.

The captain-of-industry-and-chaos shtick was the chosen method of Malcolm McLaren, manager of the Sex Pistols and musical provocateur. None other than Johnny Rotten, McLaren’s long-time nemesis, recently made the comparison.

“One journalist once said to me, ‘Is [Trump] the political Sex Pistol?’ In a way,” Lydon noted. “There just might be a chance something good will come out of that situation because he terrifies politicians” — just as McLaren and the Pistols once terrified the music industry.

Let’s compare the methods of the red-haired Svengalis.

Malcolm Robert Andrew McLaren (b. January 22, 1946): “To be good is simply boring. So who wants to be good?” — Rose Corre Isaacs, grandmother
Donald John Trump (b. June 14, 1946): “Truth is hardly ever an absolute—there are so many elements.” — Roy Cohn,  counsel to Joseph McCarthy,  lawyer for Trump

McLaren: “The shock of red hair, the pinched, puckish face and the preternaturally sharp and glinting eyes make him look like the Artful Dodger eyeing up Fagin’s job.” — Mick Brown
Trump: “The ginger flank of Trump’s hair was plastered firm down at the sides, and a side parting had emerged. The back was long, straggly, and running free.” — Justin Jones and Tim Teeman

McLaren: “He was a bit of a pathological liar, but he was also a good raconteur, and a performer.” —Joe Corre,  son with Vivienne Westwood
Trump: “He’s not a great manager … He’s a performance artist pretending to be a great manager.” — Tim O’Brien, biographer

On success (in their own words)

McLaren: “It is better to be a flamboyant failure than any kind of benign success.”
Trump: “To me, it’s simple. If you’re going to be thinking anyway, you might as well think big[ly].”

McLaren: “In the delivery room, Malcolm looked at [his son] Joseph and said, “He’s not mine. He doesn’t even look like me. He’s not my baby.’” — Vivienne Westwood
Trump: “How can you say you love us? You don’t love us! You don’t even love yourself. You just love your money.” — Donald Trump, Jr.

Management style (in their own words)

McLaren: “Cash from chaos.”
Trump: “We’re going to be there for you, and you’ll call my people, you’ll call me. It doesn’t make any difference. We have no formal chain of command around here.”

Selective memory  about authorship (in their own words)

McLaren: “I have brought you many things in my time, but the most successful of all was an invention of mine they called ‘punk rock.’”
Trump: “We need a leader that wrote The Art of the Deal.”

McLaren: As manager of the New York Dolls in 1975, McLaren dressed up band members in red leather jumpsuits, and adorned the stage with a hammer-and-sickle banner.
Trump: Advisers Michael T. Flynn and Jeff Sessions allegedly participated in “a continuing exchange of information during the campaign between Trump’s surrogates and intermediaries for the Russian government.”

How to fix the government (in their own words)

McLaren: “Legalize brothels opposite the Houses of Parliament: This will help get rid of sleaze scandals in the government and allow us to focus on the real bullshit that the elite produces.”
Trump: “I AM YOUR VOICE … Nobody knows the system better than me, which is why I alone can fix it.”

What do you think? Do you agree? Let us know in the comments.