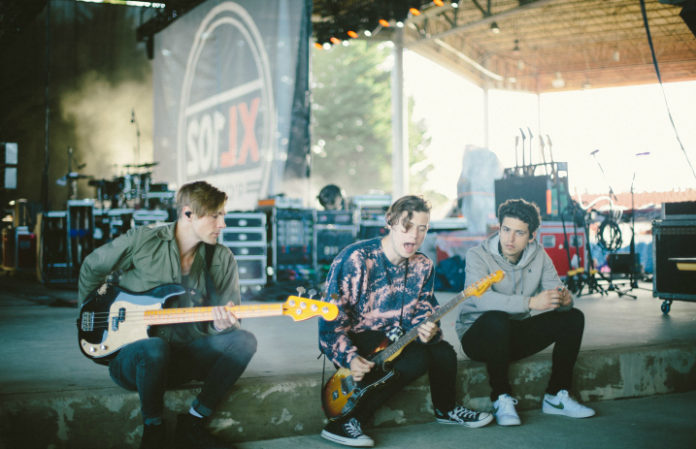 Like every touring musician knows, life on tour can become stressful and overwhelming, but it's important to approach the whole experience with an optimistic curiosity and a craving for adventure — and that's exactly what DREAMERS did.

Take a look at what Nick Wold, Marc Nelson and Jacob Lee Wick did in their spare time between shows.

Embarking on such a memorable tour with Griswolds and Head and the Heart (to name a few), the DREAMERS team had the right idea each time they decided to capture a moment and take a snapshot. Check out these photos from the tour that are being exclusive shared with Alternative Press:

In March, our van broke down 100 feet from the Mexican border while driving in the middle of the Arizona desert. Help arrived and we crammed into the cabin of a tow truck for an awkward ride to Yuma. The next day, we ditched our broken van and rented two minivans to make it to the next show. On the way, we stopped in Las Cruces, New Mexico, and went for a hike to clear our minds and watched the sun go down.

The alt radio station 103.9RXP in Colorado Springs invited us in for an interview and acoustic session. We had a few hours to kill before load-in for our show and spent all of it playing games on the station’s old Nintendo.

Tour routing had us driving across Nevada to get to Reno for our first night with the Head And The Heart. We’d spent the entire day driving and decided to stop for the night in Ely, Nevada. The main strip was mostly deserted aside from the bright neon and flashing lights that the historic Hotel Nevada greeted us with. The person at the reception warned that the hotel was haunted. At a pool hall next door, a few cops invited us to take a tour of a local brothel. Ely is a town out of David Lynch’s imagination.

4. Nick relaxing in dressing room in Santa Barbara, California, after a grueling drive

Traveling in a van, we drive ourselves. It was necessary that we drive overnight to make the next show. Between Reno and Santa Barbara there was a treacherous snow storm dumping on the Sierra Nevada mountain pass. We pulled over to put snow chains on our tires, only to realize these were too large for our new van’s tires. There was no chance of driving through the storm, so we headed back down the mountain and parked at Wal-Mart for the night. We made it to Santa Barbara the next day, welcomed by blue skies and warm weather.

5. Right before jumping on the Vegas High Roller to play a few acoustic songs

Before our show in Vegas, the local radio station invited us to play a few songs on a giant ferris wheel. They packed a bunch of fans into our car and we embarked on a 30-minute journey, getting a nice view of the city at sunset.