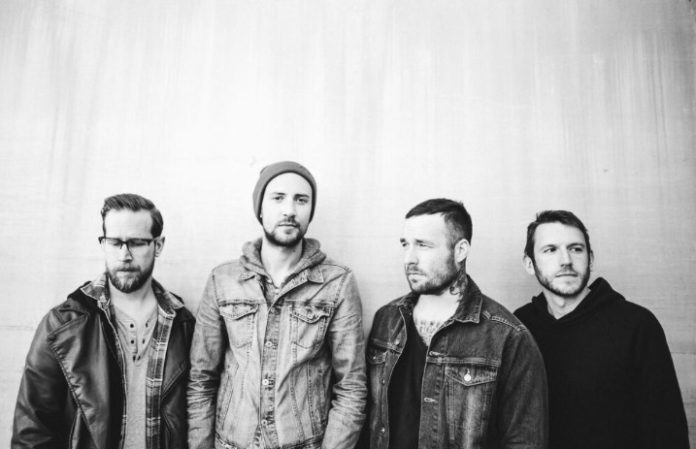 Emarosa is teaming up with AP for the premiere of their new single, “Miracle,” along with an accompanying music video and exclusive interview with frontman Bradley Walden.

“Miracle” is taken from the band’s upcoming album, 131, which is due out July 8 via Hopeless Records. (Pre-orders are on sale now.) You can catch Emarosa all summer long on Warped Tour.

How did the writing process for “Miracle” go?

We brought in Matthew Marcellus as a permanent guitar player—he’s been touring with us for a long time and it was a no-brainer to bring him in—and he definitely brought an edge to the band that I personally felt was missing on the last record [Versus]. So for a song like “Miracle,” we just wanted to make a [track] that had some attitude instrumentally.

All of our songs are written very organically. Someone will bring an idea to the band, and we let it evolve when we’re all in a room together. It’s not just one person going, “Here’s our song.” ["Miracle”] was one of those songs I was so pumped about when we wrote it, because I know I’m gonna have a blast playing it live.

The music videos for “Cloud 9” and “Miracle” seem to follow a storyline. Is there a hidden concept to the album?

There’s not [n[necessarily] hidden concept or a hidden story; each song is very much its own entity. But everything that’s on this record happened to me, so I love the fact that we can take those stories and intertwine them into part one, part two [a[and so forth]We’ve already shot a part three for another song. Every video thus far has been done by Megan Thompson and she totally gets the idea that we’re going for with the record.

Ultimately, the meaning is left up to interpretation of the viewer. We’re not forcing any idea down anybody’s throat. The songs are vague enough to where you are very much able to put it into your own life.

And that follows your organic songwriting process.

Absolutely. I don’t sit down and say, “I’m gonna write about this.” When I write it all comes out very naturally; the words that come out aren’t planned. I just kinda write a bunch of gibberish and that will eventually form an idea of something that I might not have known I wanted to write about.

How was the process of creating 131 different from Versus?

With Versus there was a lot of anxiety and expectations within the band. They had been stagnant for so many years. I really felt that we were just very lost and misguided and didn’t know what to do. I guess I was trying to reattach to the previous record [E[Emarosa]nd reattach to what the band was four years prior. That caused a very anxious and worrisome record. Some people love that album, and I’m very thankful for that. But it is what it is, and with 131 we threw out all expectations. We just started writing music that we wanted to write and made the record that we wanted to make, instead of the record that we were supposed to make.

You recently tweeted that Emarosa feels like your band now. Why now?

When I came into the band, I was trying to be something that I wasn’t and I didn’t really know who I was as an artist in representing Emarosa. I just went in like, ‘This is gonna be cool. I like this band. I’m gonna sing for them. It’s gonna be great.’ And then I realized that I felt a little in over my head and I wasn’t fully prepared or confident in myself as an artist. Then we went through the process of touring and I started to kinda figure out who I was in the band. And now, especially going into 131, I did everything I wanted to. I just let loose; I had no reservations on the record, and that’s why I feel like now it’s my [b[band]/p>

Did you find it difficult to separate yourself from the band’s era with Jonny Craig? And did you carry anything over from your previous band Squid The Whale?

I definitely tried to be myself, but I feel like I was met with a lot of reservations from the fans—and rightfully so. I think I just got in my own way. Personally, I tried to make [V[Versus]he record people wanted instead of the record I wanted to make. At that time, I wasn’t the artist that I wanted to be.

It’s funny though, because as a much as I wasn’t pumped on Versus, it had the biggest first-week sales of Emarosa’s career. And I think that definitely helped boost my confidence. So now I’m really excited for 131. Like I said, we did [t[this album]ecause we wanted to grow as artists, instead of making the same record over and over. alt