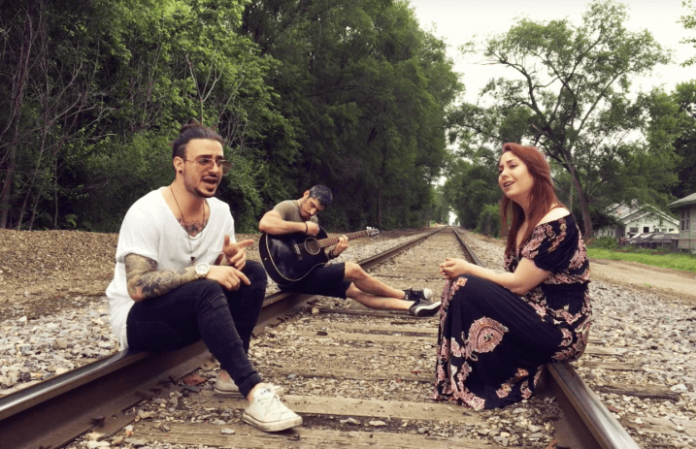 Canadian trap-rock act ERA9 have released an acoustic rendition of their hit single, “Hero,” that debuted this past April. In a time of natural disasters, violence and uprisings, vocalist Laurie Normandin finds that adding an acoustic touch has given this track a whole new meaning—and it seems to have happened at the perfect time.

Read more: Otherkin speak out in support of safe gigs for women

“'Hero' was originally a song about drug abuse and how the desire for an addict's next fix consumes the mind, causing their thoughts to spiral out of control. The only thing available to muffle the voice of their demon is music,” says Normandin. “Drug addiction turn its victims into a hollow shell with nothing but hopelessness, fear and nowhere to run. We wanted to find a way, musically, to connect to people who were trying to drown those voices and hear one of hope in the process. We have each lost friends to drugs, and this was our process to heal. This song was the light that helped guide us through our own healing.

“As 2017 progressed into a year of one disaster after another, a new meaning of the song began to emerge. It seemed like every week our hearts were breaking over something even more devastating than the one before it. We have lost legends in music—people we have idolized and that were the reason that we, as well as many others, even picked up an instrument to begin with. The destruction and losses from the hurricanes and, most recently, the shooting in Vegas where so many innocent people lost their lives. Although we are a band from Canada, we have toured the states extensively since 2012 and have met a lot of people that we have grown to consider family.

“My heart cries at all of the losses we have all endured this year. Music has always been a vehicle for healing and I think we can all agree that now, more than ever, we need a hero… Hopefully this song can be a beacon of hope for those who are lost.

“So if you ask us what the song means to us now, it's pretty simple: It's about finding hope. It's about giving love and it's about time for both.”

Watch the video for the acoustic rendition of “Hero” here:

“So if you ask us what the song means to us now, it's pretty simple: It's about finding hope. It's about giving love and it's about time for both.”