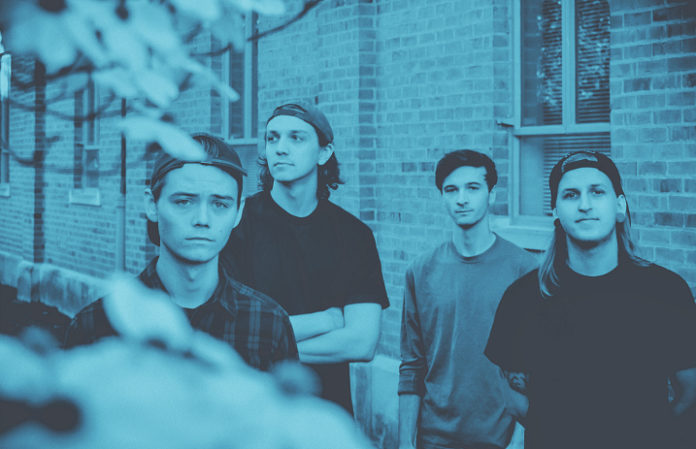 Garnering support from the local scene can be everything in making or breaking an artist, but Madison, Indiana’s the Weekend Classic have had to overcome the obstacle of their self-proclaimed small town. “I feel like not a lot of people are into bands like us around here,” vocalist/guitarist Chris Webster says. “People don’t really go out and do things.”

The alt-rock four-piece—also including guitarist Ryan Wells, drummer Christian Richards and bassist Matt White—have already accomplished quite a bit without a large local pull, having snagged the Ernie Ball PLAY Warped 2016 grand prize. Forced to get out of town and tour surrounding Midwest cities, the band have their fans to thank after posting about the contest once and letting them do the rest.

They garnered attention in the online ranking first round, became one of 41 bands to play the 2016 Vans Warped Tour main stage in the second round and eventually beat out 12,000 other artists for the grand prize. The judging panel included New Found Glory guitarist Chad Gilbert, who also produced their three-song EP More Alive as part of the prize package. The big reveal came from Gilbert himself while the band were taking a call they expected to be an interview. “We waited until everyone got on the phone, and then Chad was like, ‘Yeah, you guys smelled so bad, and that’s why I chose you as the winners,’” Webster says.

Despite the joke, Gilbert sees a lot of promise in the young act, listing a hunger to work and drive to make it happen as the main reasons he chose them. He also likes that they mix genres and focus on songwriting, comparing their expansive sound to his own band. “You can call us a pop-punk band, and we call ourselves that, too, but what sets us apart from everyone else is that we’re very diverse,” Gilbert says. “There’s so many different types of songs on [our albums], and one thing I loved about the Weekend Classic is that though you can pinpoint some of their influences, they still aren’t copying [and] have their own twist.”

Check out the album artwork for More Alive below.

Using the EP’s first single, “More Alive,” as an example of this, Gilbert believes it serves as a great introduction, blending sounds reminiscent of Foo Fighters or Taking Back Sunday. “I think that song is a perfect example of that band because they go to places on songs that sound more alternative, and then they go to places that sound a little punk-rock centered,” he explains. “They go to both extremes in their songs, and I love ‘More Alive’ because it’s dead center [with] an alternative verse and that anthem kind of chorus.”

In addition to working with Gilbert, the Weekend Classic recorded at Yellowcard frontman Ryan Key’s the Lone Tree Recordings, which was an unexpected bonus. “They were both into the songs we were working on, [and] it didn’t feel like they had to do it because we won a contest,” Richards says. “It felt like they personally wanted to do it [and] it’s the coolest experience we’ve had in our lives to be able to work with two idols that developed the scene.”

We’ve spent the past week working on new music with @xchadballx of New Found Glory. Along with Ryan Key of @yellowcard tracking at Lone Tree Recordings in Franklin, TN. We can’t thank @ernieball enough for this experience. So much to look forward to in 2017 & beyond. ��: Camrun Courtney

While Gilbert taught the act about songwriting, among other things, Key helped them focus on singing. “Ryan was a stickler on vocals, which was a good thing,” Wells says with a laugh.” We usually just hop in there and start yelling.”

Gilbert and Key’s guidance aided the self-starter band who once were trying to figure out things for themselves and now are able to reach out to Gilbert with questions. Gilbert appreciated the inquiries, revealing a willingness to learn should never end. “Being in this band for 20 years and working with [Makes Me Sick] producer Aaron Sprinkle, we still ask questions,” he says. “It’s great to listen and take in ideas, and that’s what they really wanted. I think the Weekend Classic has a vision for their band, but it takes someone with experience to help them get there.”

The band agree that the experienced scene veterans aided in progressing their band, especially through the new track. “In the past couple years, we’ve done more than we ever thought that we would with this band,” Wells says. “Being able to record that song with Chad and Ryan and winning Ernie Ball, it’s just the next step [and] I feel like we’re all better musicians and songwriters.”

Entries for Ernie Ball PLAY Warped 2017—featuring a three-song EP produced by John Feldmann—will be accepted until May 31 at ernieball.com/play.

Listen to a snippet of a hard-hitting new Every Time I...

A songwriter is suing Post Malone for “Circles” royalties he says...