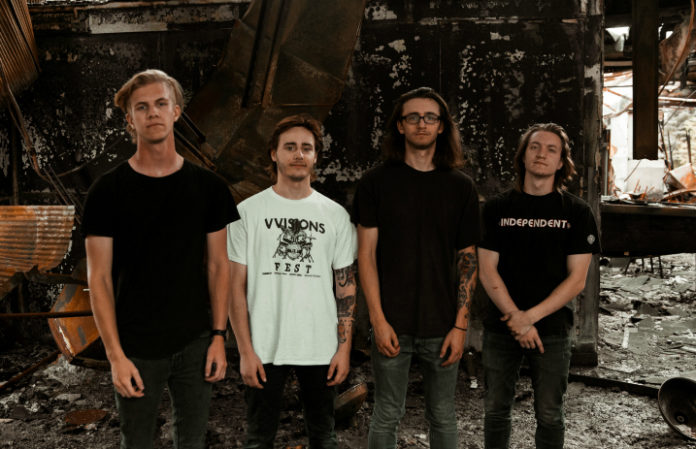 Another Vans Warped Tour has come to a close, and we were granted the privilege of announcing this year’s Ernie Ball: PLAY Warped winner: Silver Age.

In addition to the title, the band will be cashing in on a prize package valued at over $60K, including a three-song EP produced by Feldmann, an Ernie Ball Music Man instrument endorsement and a year's supply of strings, $10,000 in Guitar Center credits, $500 to Journeys, $400 to Vans and a long list of other sweet gear.

“Congratulations to Silver Age, the winners of Ernie Ball: PLAY Warped 2017,” Lyman says. “I am sure that the time they spend with John Feldmann will be not only fun, but also rewarding.”

As expected, the band are thrilled to have the opportunity to work with Feldmann, too. He’s worked with some of the biggest names in the industry—All Time Low, Good Charlotte and Blink-182, to name a few—and they’re excited to see what his expertise will help them create.

“I’m super excited to work with Feldmann,” guitarist/vocalist Evan Villarreal explains. “I love a ton of records he’s done, and the fact that we get to go out there and do that is really sweet.”

And as for the gear, the band are comforted knowing they’ll have what they need to support the work they’re creating. “We’ll be able to focus more on the music and less on technical issues and things like that,” bassist Caleb Pilaske says.

Not to mention, Feldmann is excited to work with them, too.

“I'm very excited to dig into the songwriting skills and epic performances with the winner this year, Silver Age!” Feldmann says.

The band emphasized that they had no idea they would win—let alone get to play the Detroit date on Warped Tour. (“It was straight up the coolest thing I’ve been able to do, ever,” drummer Jared Spindler explains.) But for them, winning the competition is a confirmation that they’re on the right track. The band plans to spend the rest of the year writing for their forthcoming full-length, and having the Ernie Ball: PLAY Warped crown is the encouragement to keep them working as hard as they can.

“It’s an incredible opportunity, and it’s going to give us a boost, but a lot of the work we’re going to have to put into it will be our own,” Pilaske says. “This isn’t going to instantly make it for us. We’re just going to keep doing what we’ve been doing: Playing shows and trying to get ourselves out there.”

Silver Age are not hesitant to express their gratefulness for Ernie Ball, Warped Tour and the opportunities they have given to up-and-coming bands like theirs.

“We just want to give a thank you to Ernie Ball, John Feldmann and Kevin Lyman, because it’s an amazing opportunity for a lot of bands,” Pilaske says. “Us winning just goes to show that anybody can do it, because we never thought we would.”