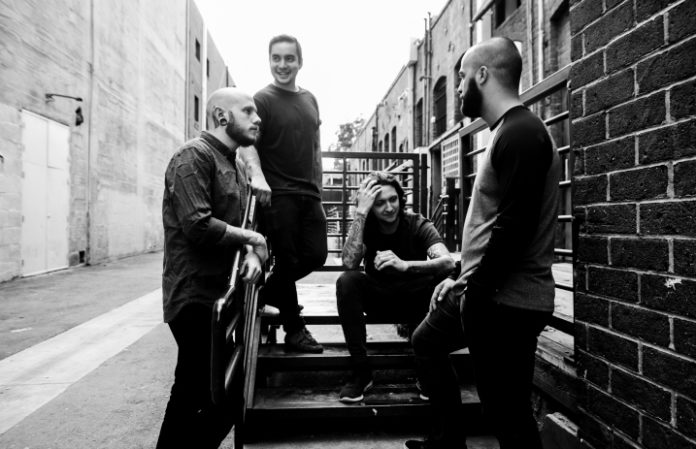 Progressive metalcore band Erra is premiering the music video for their song “Skyline” off their new album Drift, out now.

Listen to the song below:

Alt Press also caught up with the band to talk about their evolving dynamic as a band and their creative process for “Skyline” and Drift.

In what ways have you grown (as a band) recording your new album, Drift?

Recording Drift finally solidified what we believe to be the lineup that will remain for the rest of the band's lifetime. It also was a positive step in the direction of the sound that we have come to enjoy. We wanted to maintain the sound that was familiar to old fans, while also broadening our sound to be more melodic, and at times, more slow-paced. It's pretty common with a lot of bands who have been playing heavy music for so many years to eventually come to a point where they want to go more melodic. I think it is just a part of getting older. Life gets a little tougher and you find yourself needing an escape. Heavy music doesn't give me that escape as often as it used to. I feel like most people, myself included, come to a point where their brain just craves melody: a sweet distraction from all of the noise and confusion happening around them. Drift, to me, does a better job of accomplishing that vibe than our previous albums.

What can you tell us about “Skyline”? What was the recording process like, and how did this song come about? What inspired it?

“Skyline” was a song that we felt would be one of the more popular ones, and it has become that for sure. It has a very emotional sound to it. The song is about loneliness. We used the setting of city life to paint that picture: It's the idea of a place full of so many people who are struggling with the same anxieties, and yet they may never be able to connect. It's the idea of knowing that someone is out there for you to relate to, that they could be right next to you at any given time, and yet you may never find one another. It's a lonely thought, and it plays in well with the sound of the song.

Same for the video: How did the direction of the video come about, and what was the filming process like?

Since the song centers around the feeling of loneliness people can feel in crowded environments, we wanted the video to have a piece of us in it to give it a personal touch. All of the psychedelic colors and shots of us walking around outside were taken inside of a tunnel in Birmingham, Alabama, where the band is based out of. This tunnel has really cool lights that change colors. Our friend Aaron Marsh, who shot the video, was able to get slow and sped-up shots of these lights changing color and was able to make a collage of colors and psychedelic images with the footage. The rest of the b-side footage of the cityscapes and buildings were taken in Atlanta.

Drift is out now on iTunes, Amazon, Google Play, and Erra’s website.

What do you think of the video? Let us know in the comments.