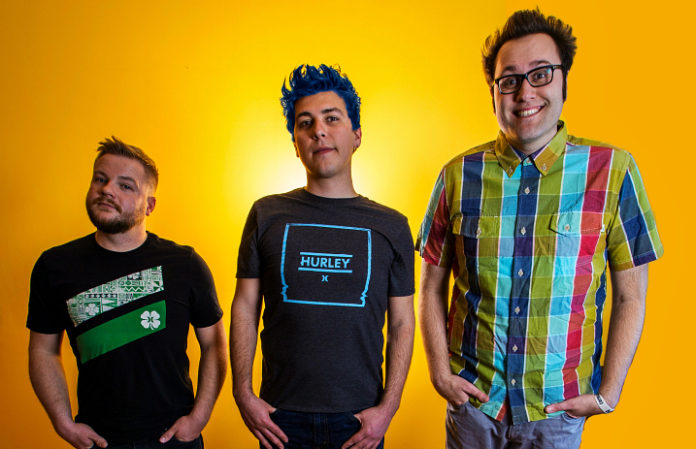 In preparation of releasing their debut album under the new band name, Eternal Boy just premiered a new ode to everything pop punk stands for.

“Growing Pains was a popular TV show from the '80s that depicted transitionary periods in people's lives,” explains guitarist/vocalist Rishi Bahl. “These are super hard times; we lose friends/significant others and things simply change. This song is a 'fuck you' to those times in life.

As a product of the glory days of pop punk culture, this Pittsburgh trio—consisting of Bahl, Andy Mayer on drums, and Joe Harbulak on bass/vocals—have decided to undergo a band name change as they start the next chapter of their musical careers. Formerly known as the Spacepimps, the band decided to go with the name of their first album—Eternal Boy— to rebrand, evolve, and mature. Their DIY mentalities and blue-collar work ethic has given them the opportunity to tour the US and Asia, playing alongside some of their role models.

The new album—Awkward Phase—features 12 heavy-hitting nostalgia-filled tracks with super catchy vocals, shredding drum beats, ripping guitar riffs and angsty bass lines that encapsulate the throwback pop punk world. The record, which is set to drop on July 14, 2017, is personified by friendship, heartache, and those countless awkward moments that we all remember growing up. Preorder the album on iTunes here.

Check out the song “Growing Pains” below! Then, take a closer look at the detail in their album artwork, follow the band on social media, and check out their upcoming tour dates.