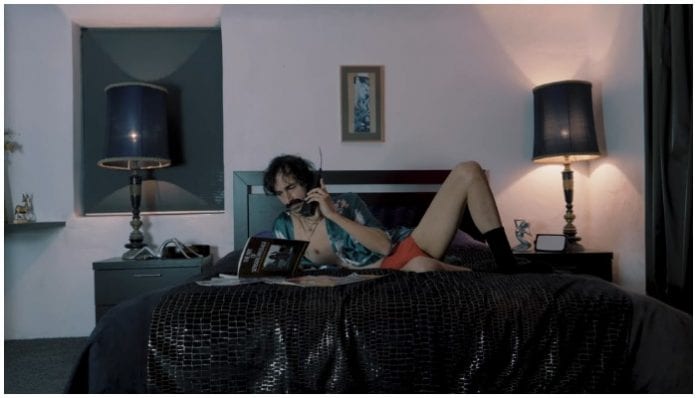 EURINGER, the solo project of Mindless Self Indulgence’s James Euringer (aka Jimmy Urine), partnered with AP to premiere his cover of Doobie Brothers’ classic song, “What A Fool Believes.”

The ’70s were a groovy time full of tinted shades, bell-bottom jeans and big hair. Most importantly, the ’70s was a decade full of hallowed rock ’n’ roll. Enter the Doobie Brothers. Their 1979 hit “What A Fool Believes” topped at No. 1 and stayed on Billboard’s Hot 100 for 20 weeks.

Read more: 12 “Don’t Say It” memes the music world has to offer

Admittedly, Euringer has been hoping to cover the ’70s tune for quite some time: 15 years to be exact.

“I love the keyboard and synth groove in the original version, but it’s too goddamn slow,” he explains. “So I amped it up without losing the great melody, and man did I knock it out of the park!

“Probably the best thing is if you listen to my version, you can’t go back to the original—it’s so freaking slow after you hear mine. Yacht rock has great melodies and uses a lot of great keyboards and early ’70s synths, but it must be made faster, and I am just the guy to do it.”

While this Amber Beaton-directed video is LOL-worthy with Euringer’s silly dance moves and sandwich intermission, he was inspired by some immoral forces.

I wanted to do a throwback to sleazy New York City, the swingers era circa 1979—the time of Midnight Blue and Al Goldstein, and Plato’s Retreat which was a famous swingers club in the neighborhood I grew up in.”

Euringer didn’t hold back when it came to achieving the video’s concept.

“As you see in this video, I can still dance like a motherfucker and act crazy at 50,” he says. “I’m not sure if that is cool or embarrassing, but who fucking cares? Not this old man.”

“What A Fool Believes” is taken from Euringer’s self-titled LP, which is available now. Electro-yacht-rock is in full swing in this video, and you can check it out below.