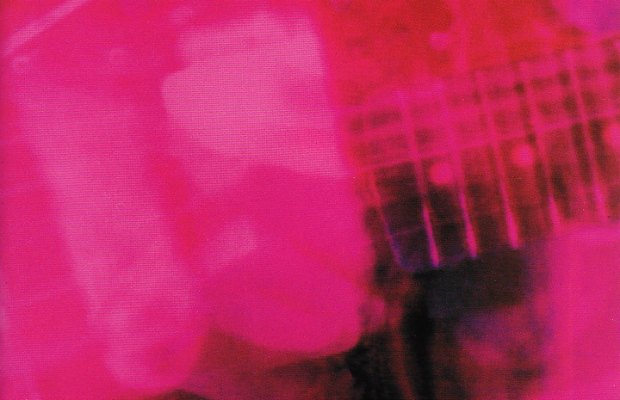 Shoegaze is back. Or, depending on the critic you ask, it never left, and now we call it nü-gaze, cuz we’re clever like that. Music writers have been predicting the shoegaze resurgence since the mid-00s, tapping A Place to Bury Strangers, the Silversun Pickups and Deerhunter as members of the new school. Now, buzz bands like Cheatahs, Nothing and Pity Sex are all dabbling in shoegaze stylings.

But what is shoegaze anyway? And why should you care?

We’ve rounded up a little history, a few defining characteristics, some essential albums and new additions to give you the lowdown. Now, get to staring at your feet.

History
Shoegaze originated in the UK in the mid- to late-80s, and took its cues equally from 60s psychedelic rock and post-punk. The genre was characterized by heavy use of air distortion pedals and subdued, dreamy vocals that shifted the emphasis to what many critics called a “wall of sound” (thanks, Phil Spector)—hazy, circular guitar lines that droned with no shortage of feedback. Some bands overlaid the sounds of two distorted rhythm guitars to create fuzzy, otherworldly tones.

The term “shoegaze” was first coined by a critic in the UK magazine Sounds, to reference musicians’ habit of taping their lyrics to the stage floor to read while playing, as well as the fact that the bands depended heavily on effects pedals. The term took on a more derogatory note when critics used it to refer to bands’ apparent disinterest in their audiences, preferring to stare at their feet and affect a removed (or perhaps, deeply focused) stance.

The scene was always most popular in the UK, with bands like My Bloody Valentine, the Jesus and Mary Chain and the Cocteau Twins credited as key influences on the genre. MBV released the definitive shoegaze album Loveless in 1991, a hazed-up masterpiece the band wouldn’t follow up until 2013. Crucial acts from shoegaze’s first wave include Ride, Slowdive, Lush, Chapterhouse, Moose, Pale Saints, Medicine and Swervedriver.

Shoegaze eventually ceded ground to the more vocally focused Britpop and grunge movements. Bands like Ride and Lush began crafting poppier records, and the term was largely forgotten until the 2000s, when albums like M83’s Dead Cities, Red Seas & Lost Ghosts, A Place to Bury Strangers’ self-titleddebut, Silversun Pickups’ Carnavas and Deerhunter’s Microcastle helped revitalize the “wall of sound.” Today the term “shoegaze” is thrown around often enough to suggest the Emo Revival will soon be joined by the Shoegaze Shake-Up.

Set the tone with these three classics

After this, Ride got a little Brit-poppy, but Nowhere is a shoegaze staple, despite the fact that no one in the band likes that tag very much. The LP is guided by the tight, almost-chanted harmonies of Andy Bell and Mark Gardener. and never has an album been so noisy and melodic at once. Nowhere pulses with the power of an almost crashing wave (like that cresting one on the LP cover…see what I did there?), momentum that’s never punctured, even in quieter moments like a brief violin interlude. It thrums beneath each measure, rhythmic and relentless.

This is the seminal shoegaze album. “Only Shallow” remains a defining moment in all of early 90’s alternative, a churning fever dream that showcases Kevin Shields’ “glide guitar” technique with a ripping growl of a riff, a squeal he achieved by using a tremolo bar while strumming. With their 1988 EP You Made Me Realize, MBV created the shoegaze primer other bands followed, but Loveless is their masterpiece, a distorted gem bolstered by ethereal vocals and heavy basslines. It would sustain listeners for 22 years, until 2013’s m b v.

This is what happens when a post-punk band decides they want to make a pop album. Souvlaki diverges from Nowhere and Loveless in its emphasis on melancholy crooning, but the results are no less immersive. Distorted, nebulous instrumentals twinge beneath lush melodies, and the whole shebang just begs for a swaying montage in a Sofia Coppola coming-of-age downer. You could thank collaborator Brian Eno for that, or you could just get wistful over some dreamy-ass chords.

You like your melodies a little melancholy? Nothing, a 2013 AP Band You Should Know, builds a “wall of sound” worthy of the genre on their ambient-tinged fuzz fest Guilty of Everything. Soothing? You might say so. But with licks this tangled and ghostly, Nothing forces you take notice.

An ample dose of distortion nurses forlorn croons when Pity Sex play, a band that takes its cues from classic emo as much as shoegaze. Brennan Greaves might slur he’s “full of shit” on “When You’re Around,” but their hazy feedback and yearning lyrical content prove the band most definitely is not.

Buzz babes Cheatahs, another 2013 BYSK alum, hail from England and keep their melodies as foggy as their homeland. Their songs milk twitchy ambient lead-ins before lifting melodies explode into noise rock gold. Their harmonies recall Ride more than a bit, and their guitar lines are worthy of any stadium.

Creepoid, like Nothing, hail from Philadelphia, and that scene is currently one everybody needs to pay attention to. Creepoid prove the point, mixing sludge with almost psychedelic stylings. Bassist Anna Troxell’s voice is a trippy descendant of MBV’s Bilinda Butcher.

The Lees of Memory

The Lees of Memory are a relatively new addition to SideOneDummy, and have so far only released one LP, the dense, almost mythic stylings of which can be found on Bandcamp. I don’t expect them to fly under the radar for long; their guitar sounds are dreamy heavy.