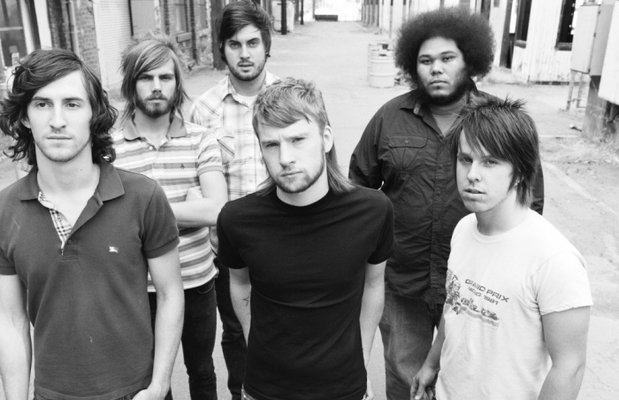 On Wednesday, DANCE GAVIN DANCE canceled their upcoming tour for then-unknown reasons. Soon, however, it was revealed that the reason for the cancellation was frontman Jonny Craig's latest drug-related arrest. Craig was held on two counts of narcotics possession, two counts of illegal drug use and one count of failure to appear stemming fron a September 21 arrest. Craig appeared in Solano County, California, court this afternoon; a further arraignment is scheduled for Monday at 1:30 PT.

Altpress.com obtained an exclusive interview with DGD guitarist Will Swan, in which he addressed Jonny's problems and the future of the band. Check it out below.

When and how did you find out that Jonny had been arrested?

I found out from a friend who saw it online. We really had no idea he was in trouble with the law.

Have you talked to Jonny since his arrest? What's his mindset like?

No, he hasn't had a phone for a few months. And he hasn't made any attempt to contact us.

What are your feelings toward Jonny at the moment? Are you angry? Disappointed?

I am disapointed that he kept his charges from us so we had no opportunity to help him seek help, but he hardly ever listens to our advice.

How had Jonny been doing prior to this setback?

We tried multiple times to get him to agree to rehab. After Warped Tour we gave him the option of going to a rehab facility for at least a month at no cost to him. He wouldn't go. We didn't see much of him for a few weeks and when we did, he seemed to be getting worse and worse. After our show at Sacramentio State last week, we realized he wasn't going to get off the drugs while being in DGD. We didn't want to completely cut him off though, so we decided to go on hiatus until he could clean himself up.

Obviously this is a disappointing hurdle, as no band ever wants to have to cancel a tour for any reason, let alone over something like this. How does the band plan to move forward? Do you expect to come back from this hiatus?

I hope the best for Jonny. Hardcore drug addiction is no joke or reason for ridicule. If Jonny can put this problem behind him, we'd be glad to come back stronger than ever. Until that happens DGD will stay on hiatus.

If there is a future for Dance Gavin Dance, how does Jonny Craig fit into it?

We're not replacing him. He's always got a place in DGD.

Is there anything you'd like to expand upon or say to Dance Gavin Dance fans?

Thank you for the years of support and love. We want to come back and make more music for you, but we first and foremost want Jonny to improve himself and become the man we know he can be. We're not quitting music altogether though. The other members of DGD and I are working on a full length for their side project called “Secret Band” and will record a full length very soon. We'll announce more on this in the coming weeks. alt