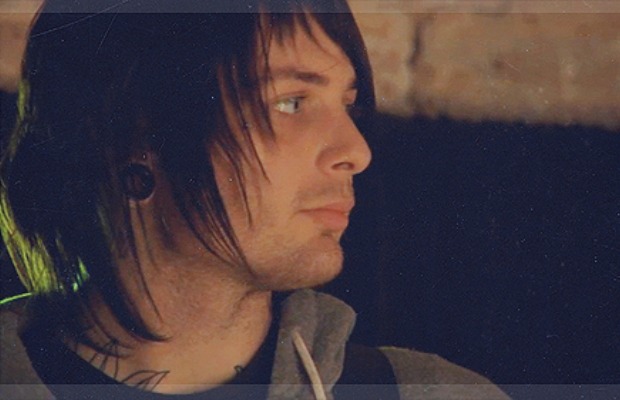 From First To Last co-founder Matt Good sent the internet into a frenzy earlier this month when he teased about a “very cool announcement” coming soon for FFTL fans. The news hit an already nostalgic FFTL fanbase like a vortex and created the perfect storm of rumors and speculation. “Tour with Sonny, please,” said one of the first fans to respond to the news on Twitter–the always-timely shot heard 'round the world. “I think pigs would fly out my butthole first,” replied Travis Richter. “So that’s a yes?” asked another fan.

Twitter debates aside, we can confirm that with their having just launched their EP Kickstarter, From First To Last are officially back, and they’re ready to make some new music. AP spoke with Matt Good in an exclusive interview to learn all of the details surrounding the band’s reunition. He shed some clarity on the matter and dropped a couple bombs: A new From First To Last EP and some news that may even have Sonny Moore traditionalists excited.

What’s going on with From First To Last?
Well, basically we went on hiatus in 2010, and it’s been quite a while. But every day when I go on my Facebook or my Twitter, there are always people saying, “Bring back FFTL!” There’s actually this group called “Revive From First To Last” or something like that, and they keep getting all these people to spam us all day. And we’re just like, “Man, I guess people still wanna hear some stuff.” I haven’t made any kind of rock music in a pretty long time now. I’ve actually just been producing bands; I have a studio now. It just kind of dawned on me a couple weeks ago. I was like, “Maybe we should do another record, since all of these people seem like they want to hear something, and we have the time.” It feels like a good time to do it. Everything, since we’ve started making these announcements has lined up perfectly in a way that’s almost unexplainable. I just feel like, for some reason,  this is the best time that we could possibly do it. So, we decided to make a new record, and we’re going to do it through Kickstarter because we don’t have a label, and it’s a cool way for fans to feel like they’re contributing to something.

The fan response to the early announcements has been pretty wild.
Yeah, far more than I expected. I think the first thing I said was, “I’m going to have a cool announcement coming soon.” When I originally wrote that, I honestly didn’t think more than a hundred people would even see it or care, and I was like, “Well, that’s cool because we can just make an EP for the diehard fans that are still around.” But, honestly, the response to it was kind of insane. I couldn’t believe it.

And next thing you know, you're making headlines.
Yeah! [Laughs.] It definitely was not the plan. I wasn’t sitting around going, “Yeah dude, I’m gonna put this out, and next thing you know, it’s going to be everywhere!” [Laughs.] I literally thought no one would care, but they do! It definitely feels like people really miss the band being around. We’re all older now, and we have different perspectives on life because of everything we’ve been through. And, since most of our fans are probably older as well, making a new record now will be a really cool thing.

Aside from the fans really wanting it, why do you want to make FFTL music again?
I miss making music that rips. You know, just really in-your-face music. I haven’t made anything for myself in forever. I’ve been recording other bands, which is really awesome and fulfilling, but there’s just something about making a record that’s your record. I have the itch so bad right now to make something that’s just crazy awesome. Heavy music is in a really interesting place right now. When we put out Throne To The Wolves, we were still doing more of the post-hardcore thing—less metal, more rock—and even though it was still pretty heavy, people were really wanting full-blown, all-the-way heavy. We just weren’t as heavy and groovy and “breakdown-y” as people wanted to hear. But since then, I’ve seen a lot of resurgence in post-hardcore rock, especially with bands like Sleeping With Sirens. It’s not the same, but it’s definitely a lot more similar than we would be to a band like Asking Alexandria. It seems like there’s a group of people who are really interested in that kind of sound again, and that sound is something that we do really well. I have a lot of really cool ideas of how to make the sound like it was but fresh and new and interesting as well. It’s something about the raw qualities: It’s produced, but it’s not so produced that it takes away the human element. When you have the human element there and you feel that raw vibe and emotion coming from the band—through their playing, lyrics and vocals—it’s something that’s always going to connect with people. That’s why bands like Glassjaw can still go out and play these amazing shows, and they’ve been around forever. >>>