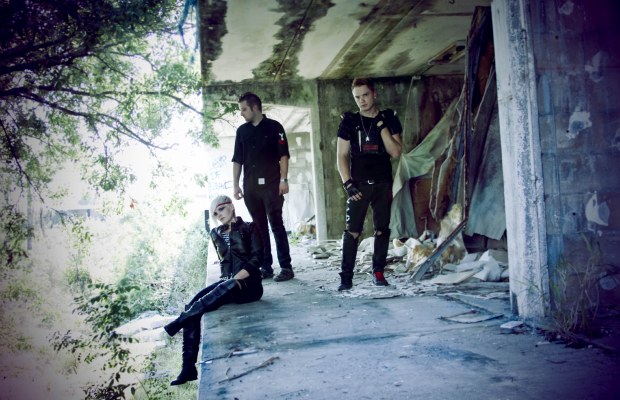 Check out an exclusive stream of Quiet Science's “A Feast For Crows,” from the band's forthcoming album, Dark Words On Dark Wings, out Oct. 25 via Last Satellite Records. Says vocalist Nathan Walter about the track:

“A Feast for Crows” was the song that inspired the theme of the album. It was one of the first songs we completed after the last album was released. The song is about fighting a losing battle for a just cause. In stories, the people who are fighting for what is right always win. The hero always gets the glory and rewards for his acts. In real life, it doesn't always work this way. In fact, most of the time, it's the opposite. Sometimes it looks easier to take the path of least resistance, to walk the path of compromise, or to do whatever it takes to get what you want. In “AFFC,” the hero dies. He loses the battle. There is no glory, but he knows that he gave his life standing up for what he believes in.