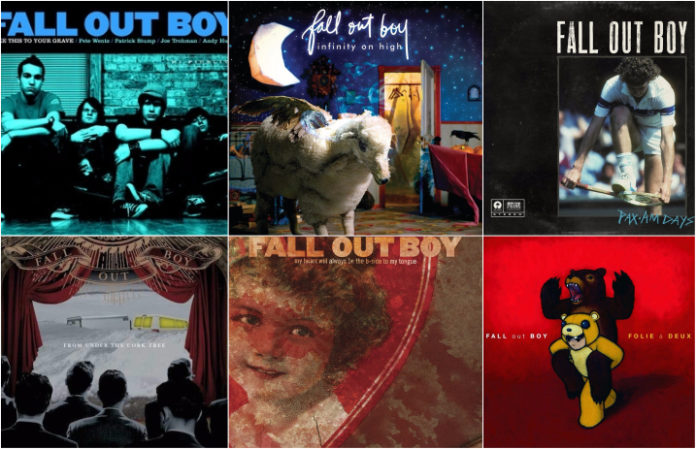 When bands begin to reach a high number of releases, certain tracks fall by the wayside. After all, there’s only so many songs that can go on a setlist, and more often than not singles tend to take priority. However, some real magic can be found when you listen to a record in its entirety, and those deep cuts can often be better than any of the hit singles.

Fall Out Boy have always made sure to push their boundaries further than either we or they could have expected—and that’s why we love them. Across the board of their soon-to-be-seven-strong discography, they’ve been princes of pop-punk and unafraid to go against the status quo—and what’s more punk than that? From the sweetest, and most encapsulating, melodies of their early years, to the unashamed cannonball into the deep-end experimentation of their recent releases, they don’t care what you expect. They’re here to be Fall Out Boy, so let’s celebrate the moments that aren’t on their greatest hits.

Read more: QUIZ: Can you guess the Fall Out Boy album from a single lyric?

It’s probably a strange place to start, at the record where Fall Out Boy really started to break free from their pop-punk shackles. But this is undeniably one hell of an album opener and deserves way more love. A tribute to the life that rock fandom inevitably gives you; an emptiness people believe you shouldn’t have. It’s easy to forget that success doesn’t repair those petulant holes inside. Plus “detox just to retox” is one of the greatest lines ever written. Don’t @ me.

Just listen to the immediacy of that melody. Just listen to it! Absolutely no messing around, “Chicago…” is rife with lyrics that instantly paint a picture of those heartbroken city nights. The bass is thick, the guitars are powering, and the drums are relentless. It’s a debut cut that needs your attention—like now.

Who doesn’t love a good bonus track? This one  fits somewhere neatly between the sounds on Take This To Your Grave and its home on From Under The Cork Tree. That brutal (for Fall Out Boy) bridge and lyrics like, “I fell asleep a poet and woke up a fraud” are peak. You might’ve also heard this as a “Sugar We’re Goin Down” b-side; either way, give it the spotlight it deserves. Patrick Stump’s even said he’d rather this song  was on Cork Tree more than another one of our picks…

Infinity On High is probably considered the last Fall Out Boy “sounding” album (yes, everything they do is Fall Out Boy-sounding, but you know what we mean). We all know their strength lies in lyrics and tidy little riffs that worm their way into your head—same goes for this little ditty. If you don’t find yourself getting caught up in how Stump sings, “there’s a world outside of my front door,” then do you even Fall Out Boy?

“I’ve Got A Dark Alley And A Bad Idea That Says You Should Shut Your Mouth (Summer Song)” (From Under The Cork Tree, 2005)

An earnest cut from the mind of Pete Wentz, with a bunch of Cork Tree tracks concerning his attempted suicide in 2005, this is peak, and getting lost in the process and story is inescapable. When you get into the ins and outs of the subject matter, this title seems less threatening and more of an internal fight that becomes even more apparent.