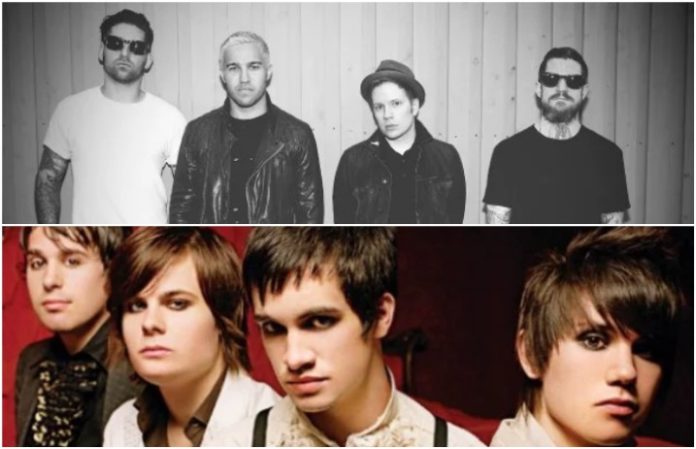 Patrick Stump in a top hat is everything—especially when he's impersonating Panic! At The Disco frontman Brendon Urie.

Read more: 24 photos from Fall Out Boy’s visually captivating M A N I A Tour in Cleveland

Back in 2007, Fall Out Boy attempted to fool their Miami crowd by asking if they'd like the good news or the bad news first. The bad news was that bassist Pete Wentz had “broken his foot” and that the band would not be performing for the night, while the good news happened to be that their friends Panic! At The Disco would be filling in.

Watch the performance below: