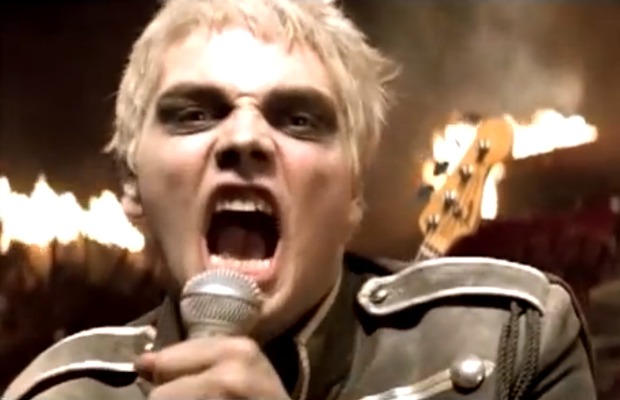 Looking back, Underoath frontman Spencer Chamberlain signing off with these lyrics is interesting, because, musically, he’s the only member of the band still standing. The end of Underoath was not the end of Chamberlain’s career, which would continue on with his new band, Sleepwave.

2. Attack Attack!
Last words: “So take some notes, and you can step aside, while we change the world.”
Song: “No Defeat”

This is an oddly confident last line from a band who broke up not too long after the release of this song. Did they mean that their next band, Nativ, would change the world? So far, all that’s come of Nativ is drama and physical altercations between band members.

“No Defeat” was released as a standalone song in 2012.

3. Straylight Run
Last words: “I need her now/Need her more than anything.”
Song: “Mile After Mile”

4. Woe, Is Me
Last words: “Why did it take so long to see that I'm just fine without you/Fine without you.”
Song: “Fine Without You”

“Fine Without You” was the last track on 2013’s American Dream EP.

5. Destroy Rebuild Until God Shows
Last words: “The world was wrong this time/My voice is strong this time.”
Song: “Scream If You’re Crazy”

“Scream If You’re Crazy” was released as a standalone song in 2012.

These lyrics might have been the biggest giveaway that Conditions were on the verge of breaking up. They suggest a band in conflict, struggling with whether or not to continue. Still, “I’m not giving up” is an odd last set of words from a band who did just that.

“Not Giving Up…Not Yet” is from Conditions’ 2013 release, Full Of War.

According to legend, Saint Christopher carried a very heavy child across a river. The child turned out to be Jesus Christ with the literal weight of the world on his shoulders. Little else is known about the saint whose name was the last word to come from the Mars Volta. In their last words, the band are cryptic as ever.

“Zed And Two Naughts” is from the band’s 2012 album, Noctourniquet.