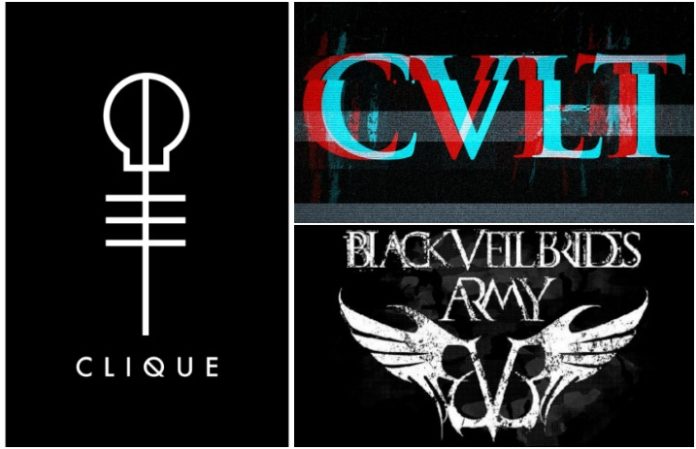 It takes a lot of passion, dedication and drive to create some of the best fandoms out there. They stick with their band through good times and bad, bonding with fellow fans and building relationships that last a lifetime. You mess with the fandom, you mess with the family.

Check out our list of fandoms you do NOT want to mess with below.

Read more: Band crushes: Where are they now?

Never underestimate the Skeleton Clique, or the Clique as they’ve come to be called. Not many fandoms can decipher cryptic social media posts and spread news as quickly as TOP fans.

SPOOKY JIM CHRISTMAS, DISNEY EDITION.
(Somebody should add this to a dumb things the clique has done during hiatus thread, I hate us @isleoflife ) pic.twitter.com/S9Ezr70QM3

@tylerrjoseph @joshuadun hi guys just wanted to say I miss you and I hope you’re doing well! Can’t wait to see where life takes the clique next ❤️

Fandom: Soldiers of the Royal Council

This tight-knit fandom will not hesitate to stick up for one another. It’s also impressive how quickly they show up when the band needs their assistance in voting for various awards.

Love this. Love the @PalayeRoyale family. And can I just say that if I lived where you are and we had been friends, I would have kicked those bullies arses for you. ‘Cause we’re soldiers. And ’cause this family is worth fighting for.

Don’t worry. Your soldiers have fuckin got this ����

The soldiers have arrived… this battle is over

The CVLT is where fandom meets family. Don’t believe me? Just check out the fandom’s Facebook group to see the support CVLT members give to not only one another, but also PVRIS.

The CVLT is always here for you. Don’t be so hard on yourself. You’re health comes before anything. It’s okay if you all take a break, we all understand. You’re talented and inspirational and we’re so proud of you! We love and support you no matter what. @LYNNGVNN #WeLoveYouLynn

pvris, i mean have you seen the cvlt

Not many fandoms have as much dedication and passion as the BVB Army, and the band knows it. I mean, have you seen their BVB Army shirts?

I have no words, nothing. I fucking love this song just watching Black Veil Brides grow and the watching the BVB Army gettin bigger and watching five man save lives through their music. It’s amazing how they can get through the world when I can’t. But I have them❤️ pic.twitter.com/0uXvI6o1tj

BVB ARMY VS EVERYBODY 24 hour sale! This shirt is available exclusively at https://t.co/4oLhpREjp1 and is only available today! pic.twitter.com/4F7MEXXXT0

The connection between Tonight Alive and their Humans is one that will tug on anyone’s heartstrings. These fans have been around for the long haul, creating connections with the band and fellow fans that can never be broken.

It’s so weird time think when I first saw tonight alive it was 8 days before my 14th birthday when I next see them it will be 12 days after my 19th.
I’ve literally grown up listen to tonight alive and seeing them live.

i know ur all sick of this story but my 11 year old sister met tonight alive and hey all high fived her and asked if if she did any sports and played any instruments and on her signed poster jenna wrote “rock on little chick” https://t.co/6lv14FptYC

I’m just so fucking thankful for all the nice people in the all time low fandom / hustlers are so fucking nice and helping me out! ����

There’s this new generation of young @AllTimeLow Hustlers and then there’s me still not feeling old. I guess ATL is my fountain of youth.

The fandom may be known by many names, but no matter what you call FOB fans they will continue to be amongst some of the most laid-back and devoted fans out there.

Fall Out Boy
-Pete is my spirit animal
-Protect the youngbloods
-New music w/ llamas
-But seriously the fandom so chill pic.twitter.com/yMEJNmFX8s