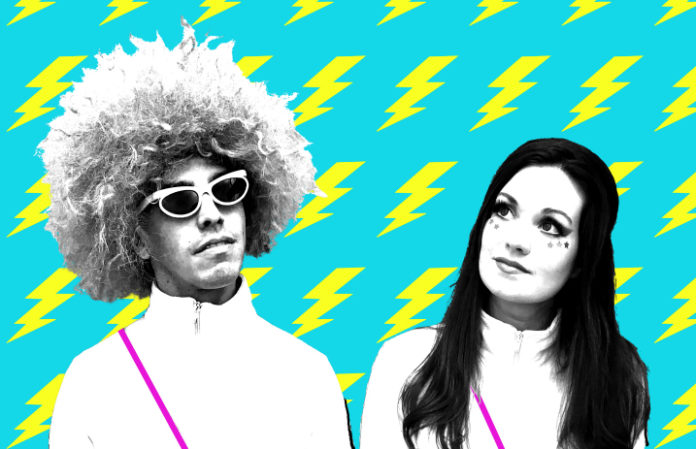 Sci-fi punk duo Miranda and Tyson Plastic of the Fantastic Plastics are releasing their cover of the Flaming Lips’ “She Don’t Use Jelly” exclusively on Alternative Press.

“The '90s were a special time in music, a total breakdown in what could make the mainstream,” Tyson says. “It really was a revolution; led by weirdos and outcasts. The Flaming Lips, with their song 'She Don't Use Jelly' and the accompanying video, captured the essence of that era better than anyone else in our minds.”

Watch the video below, and check out their Bandcamp page here.

The Brooklyn duo describe themselves as “the future of the future” with their dystopian lyrics and synth-punk sensibilities.

You can stream “She Don’t Use Jelly” on Spotify, and be sure to look out for the band’s Warped Tour Takeover Day on Facebook, Instagram, Twitter, and Spotify next week. And don't forget to check them out at Warped Tour! Dates below.