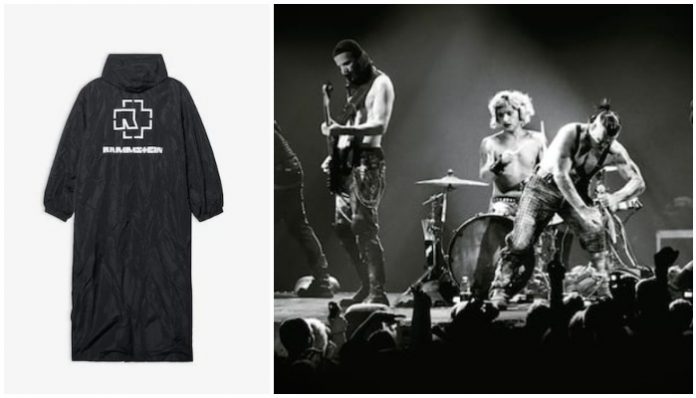 In revealing their latest capsule collection—a collaboration with Rammstein, Germany’s favorite industrial pyromaniac sons—Paris-based fashion house Balenciaga reminded us this week of something that, had we looked a little closer and paid a little more attention, we should have already known.

It might sound counterintuitive: Alternative music and its adjacent subcultures, particularly those at the fringes, have long rallied against the ideas and ideals of mainstream fashion, focusing misplaced vitriol on the very concepts of trends and lashing out against ideas of enforced normality.

And it’s an understandable mindset. To a lot of people, being alternative means being countercultural—being the outsider, being the weirdo. No doubt about it: It is jarring, as someone who grew up in the ’00s, to see fast fashion websites appropriating stylistic tropes from emo, goth, metal, nü metal and hardcore; it does force a double take to see teenagers now, in 2021, dressed like it’s 2006.

But the reality is a little more complicated. Subcultural fashion, after all, is still fashion. There are aesthetic tropes, trends and signifiers that a person is “alt” in the same way there are sartorial identifiers for a person who’s more traditionally “fashionable.” These things run parallel, not in opposite directions. There’s no reason that the streams shouldn’t cross.

In fact, they’ve been crossed for some time. And the Balenciaga x Rammstein collaboration is a great example of just how well these two things work together.

Something easy to forget about metal, but which Till Lindemann and co. have so clearly never lost sight of—with their flamethrowers and penchant for high production value—is that metal, as a genre, is theatrical by nature. It’s self-aware, OTT, even camp. A lot like, you guessed it, high fashion.

It’s a give-and-take relationship, too. While—somewhere between the studded wallets of Comme Des Garcons, VETEMENTS’ appropriation of black-metal fonts and flame graphics and Prada’s monstrous goth-indebted platform boots—the racks of a high fashion boutique could easily be mistaken for the shelves of a Hot Topic or indoor market alt stall at first glance, metal and extreme music has warmly embraced fashion in return.

Back in 2018, London-based designer Yang Li invited the New York noise music pioneer Margaret Chardiet, better known as Pharmakon, to perform at the Leisure Centre store in Vancouver as part of an ongoing performance series called “HUMAN MAS/CHINE.” Far from his first foray into extreme music, however, Li has previously had members of Swans and Godflesh play his runway shows.

In an even more prominent crossover, November 2020 saw American designer and high fashion’s own Prince of Darkness Rick Owens sharing an image of Ghostemane to his official Instagram, decked out in a selection of lavish red threads and a pair of metallic heels. Far from a jarring image—not so much as despite the more intense elements of Ghostemane’s music and personal style, but rather because of them—it made perfect sense as a collaboration. A partnership only further cemented when Ghostemane provided the soundtrack for Owens’ fall/winter 2021 runway show—a presentation fittingly titled GETHSEMANE.

2019, too, delivered a frankly epic coming together of mononyms with avant-garde design duo Viktor & Rolf dressing Poppy for the iHeartMusic awards in Los Angeles. And, again, instead of feeling like some weird juxtaposition, the Dutch provocateurs styled Poppy in a bright yellow dress emblazoned with a flaming black skull and the words “GO TO HELL”—a dress very much in keeping with their own unique visual language while also paying homage to the kinds of classic nü-metal and pop-punk tropes that Poppy herself nods to in both her aesthetic and in her music.

Of course, the influence is sometimes a little less obvious: less about iconic figures from one artistic sphere bleeding into the other and more about a vibe, a feeling.

The best example of that? Prada’s fall/winter 2012 menswear collection. With its long coats, red-tinted eyewear and heavily embellished footwear, the presentation took its cues heavily from a high goth aesthetic, conjuring near-operatic levels of Infernäl Mäjesty that would make even the costume designer for Francis Ford Coppola’s Dracula adaptation blush.

Seeing a brand with the prestige of Balenciaga working in tandem with a band as esteemed as Rammstein—a name so deeply etched in the annals of heavy music, with fans spanning multiple generations—is a wholly gratifying experience. A reminder that collaboration is king and real art respects real art. No matter what form it takes.