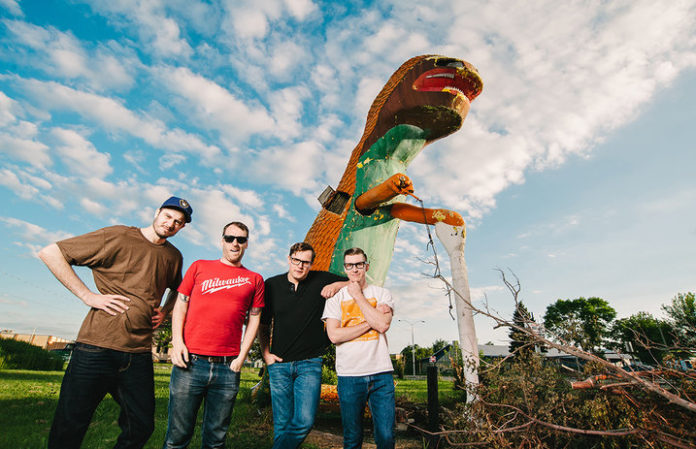 Direct Hit is teaming up with AP to premiere their single “Was it the Acid?” off of their upcoming album, Wasted Mind.

The band is currently working under Fat Wreck Chords, and the video was directed by Bobby Ciraldo and Andrew Swant.

“'Was It The Acid?' is the only love song on Wasted Mind, and it's through the lens of a lot of hallucinogens,” says singer Nick Woods. “I wrote the lyrics for it kind of imagining a freewheeling dream, where these two people escape some kind of nightmare together and find one another in the process. Not in any way that a sober person would understand, but I think the feeling's there at least. We made this video for it in 3 hours outside the Oriental Theatre in Milwaukee.

“All of the people who appear besides me and Steve here just kind of happened upon us and ended up on camera. Some of them were psyched, a lot of them weren't. We blocked a lot of traffic and irritated a lot of people shooting footage from inside a car going 5 mph in a 35 speed limit.”

Interested in hearing more from Direct Hit? Pre-order their album here  before it hits stores June 24.

Want to see them live? Check out their tour dates here.