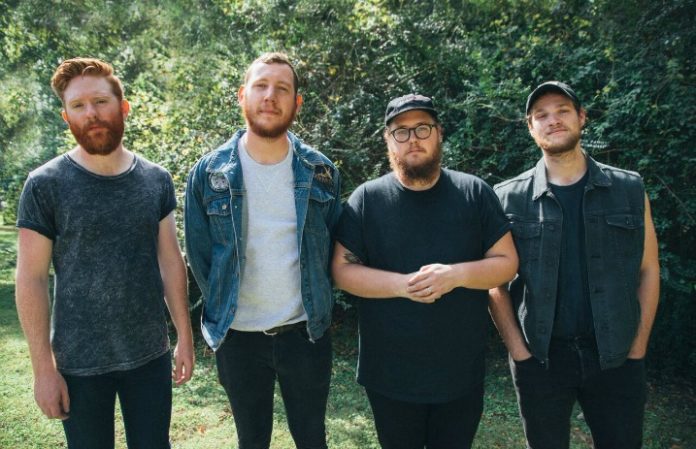 We had the chance to have a delightful—and hilarious—text message chat with Kentucky natives Father Mountain to discuss everything from the guilty pleasures on their playlists to the inspiration behind their upcoming debut album, Apartment Living. Check out this fantastic interview while you jam along to the exclusive stream of Apartment Living in it's entirety, below.

Every once in a while you stumble across a band that is capable of creating music you just know listeners will immediately connect with. Indie rockers Father Mountain are the perfect combination of Death Cab For Cutie and Microwave with a sprinkle of Mayday Parade thrown on top, creating the ideal blend you never knew you needed before now. Father Mountain have taken original and honest lyrics and created an album that will make a powerful and memorable impression on listeners. The band's debut album, Apartment Living, is a combination of real-life experiences that are presented in a way so as everyone can find a connection within their lyrics. It's safe to say, Father Mountain certainly know what they're doing.

Father Mountain consists of Zane Martin (vocals/guitar), Travis Cox (bass/vocals), Jesse French (drums) and Austin Hohiemer (guitar/vocals). The ten track album was mixed and recorded by Matt McClellan (Being As An Ocean, Capsize) in Atlanta, Georgia and mastered by Jesse Cannon (Brand New, All Get Out). Oh, and that impressive drum work you hear on the album? That's Overslept's Elias Armao.

Apartment Living is set to drop Nov. 10, but you can check it out a day early using the stream below.

We tossed all the members of Father Mountain into a group chat, producing a text message interview that is a must-read for everyone.