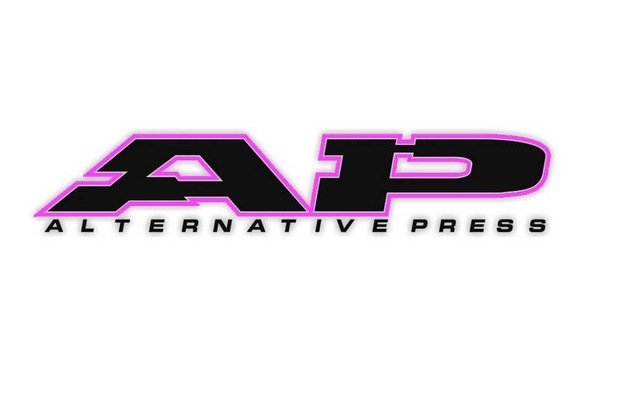 We at AP don't like to brag—we love to brag, especially when it comes to discovering bands first. It kind of goes with the territory: While we're certainly not making wheelbarrows full of money, the perks of getting a virtually endless supply of free music plus being able to score free tickets to all sorts of shows makes the long hours and empty bank accounts worthwhile. Below are some of our personal favorite concert humblebrags—you know, the kind of story you tell when someone says, “Oh, I just saw Muse in an arena last night,” and you're able to respond, “Oh, yeah? Well I saw them in a parking lot in 2004. But it's no big deal.”

BRAND NEW
I got onboard with this band super-early, considering I wasn't from their local scene. The first time I saw them was in August 2001 in my hometown of Rockford, Illinois. They were part of an all-day festival at a local college that very few people actually attended. They played in the middle of the day to a crowd of maybe 10 people, and I was truly blown away from their first song, “Last Chance To Lose Your Keys.” I bought their demo and a button (and stupidly passed over the Rookie Lot/Yearly split 7-inch, which they were selling for, like, a buck) and went on to see the band many, many, many more times in front of increasingly larger crowds. But I'll never forget that first time, mainly because I doubt anyone else in that room remembers it. [SH]

GRAMMY NOMINEES
A couple artists I’ve seen live have blown up atomic bomb style—I’m talking to the GRAMMY level. I saw Skrillex when he was simply Sonny Moore fronting From First To Last at least twice in 2006. Later, I saw fun. play support to both Anberlin and Taking Back Sunday on TBS' 2009 tour. It's pretty cool to reflect on those shows following fun. and Skrillex's tremendous success this year. [CW]

THE KILLERS
This is sort of a weird humblebrag, as I am not a fan of the Killers at all, beyond about half of their first record, Hot Fuss. But way back in April 2004, before Hot Fuss was even released, a friend and I ventured out to Gabe's Oasis in Iowa City (we went to college about an hour away) to see this new band one of her co-workers had been hyping up. I can't remember if I had heard the band at all before then, but I dug the name and had nothing else to do on a Wednesday night. They were in town on an off-night of their tour opening for the tragically named Stellastarr* and probably played to around 15 people, tops.

Here's what I remember: At some point during the show, it was revealed that the guitarist was a native Iowan, which earned cheers from the fledgling crowd. The band went on close to midnight, and at the stroke of 12, it became National High-Five Day, so everyone started high-fiving each other, as well as the band members (who weren't really into it at all).

Lastly, the only song I am positive they played was one that wasn't on Hot Fuss at all. Its was “Glamorous Indie Rock & Roll,” a piss-take on hipster culture that had me laughing and singing along before it was over. I bought the only music they had for sale that night—a U.K.-only three-song single for “Somebody Told Me”—and then watched as the band went from buzzworthy to massive, making progressively worse records the whole way. Oh well, humblebrags aren't about the music, they're about the cred points, right? [SH]

MISS MAY I, THE DEVIL WEARS PRADA, Misc. Dayton bands
In my hometown Springfield, Ohio, there is a run-down asbestos-riddled shack-of-a-thing where the floors inexplicably sweat when it gets warm and kids hardcore dance around piles of broken glass and nail-filled support beams. Well, they used to, anyway. I’m pretty sure the place is either officially condemned or completely torn down now. Forever Sports (pictured)—a recreation spot that once hosted arcade games and a go-kart track—turned into a mecca for scene kids on Saturday nights in the 937 later in its life.

There (or at local churches where shows were held for whatever reason), I could be found, standing, terrified and shy, away from all the “cool kids” at the back of tiny crowds watching bands like Miss May I before anyone outside of our area-code cared about them. It seems that every day I hear about a new Dayton-area band becoming successful. Consider this not a humblebrag, but a declaration of pride-via-geographical-association. [CW]

NINE INCH NAILS
I saw Nine Inch Nails attempt to open for Skinny Puppy at a club in Pittsburgh (Grafitti, RIP) in October 1988. The bass tracks were on a reel-to-reel recorder, which kept malfunctioning, much to Trent Reznor's apparent chagrin. A bunch of my drunken asshole friends and I began to sing, “Everybody Nine Inch Nails tonight,” a la Wang Chung's “Everyone Have Fun Tonight” at the end of the abbreviated set. Three months later, AP founder Mike Shea told me the band were going to be produced by Adrian Sherwood, industrial-rock’s producer/remixer du jour. Reznor's been schooling my bitch ass ever since. [JP]

PIERCE THE VEIL
As I was racking my brain for a humblebrag, I decided to revisit my concert list. (Yes, I keep a list.) As I gave it a quick glance, one band quickly caught my eye: Pierce The Veil. “That can't be right,” I thought. When the Hell did I see Pierce The Veil? Turns out I saw them at Cleveland's Agora Theater, February 1, 2008. They opened for Mayday Parade (the band I was there for) and Emery. Seeing as Pierce The Veil dominated 2012, I wish I could say that I paid attention to their set, bought some merch and told all my friends about the brothers Fuentes. Of course that didn't happen. I'm going to use the excuse that I was a 19-year-old asshole who rolled her eyes at opening bands and only wanted to pay attention to Derek Sanders and his awesome hair. I'm not proud of myself. Learn from my mistake, kids: Always watch the opening bands. You never know where they'll end up. [BM]

U2
In April 1981, I (armed with a fake ID) got to see U2 on their first U.S. tour at a club in Pittsburgh called the Decade (RIP). Bassist Adam Clayton was so excited to see “I Will Follow” on the club's jukebox, so he kept putting change in the machine to keep playing it. The joke got to the point where some of the more drunken dudes in the crowd were leading the “WTF” charge. Oh yeah: They played their debut, Boy, and the single “Trash, Trampoline And The Party Girl”. I should clarify: They played those songs live, not on the jukebox. [JP]

See? humblebrags can be fun! Leave us your best concert-related humblebrag in the comments.