Most of us know Jason Aalon Butler as the lead singer of the massively strident trio FEVER 333. But only a select few are able to see him in full-on dad mode. Every morning, the singer/entrepreneur/activist is up taking care of his two sons, aged 3 years and 6 months. One day, Butler was doing the morning routine of getting his sons dressed and fed and dropping some hip-hop verses into his youngest’s ears, “just in hopes they’ll remember.”

And then he witnessed the murder of George Floyd on television. 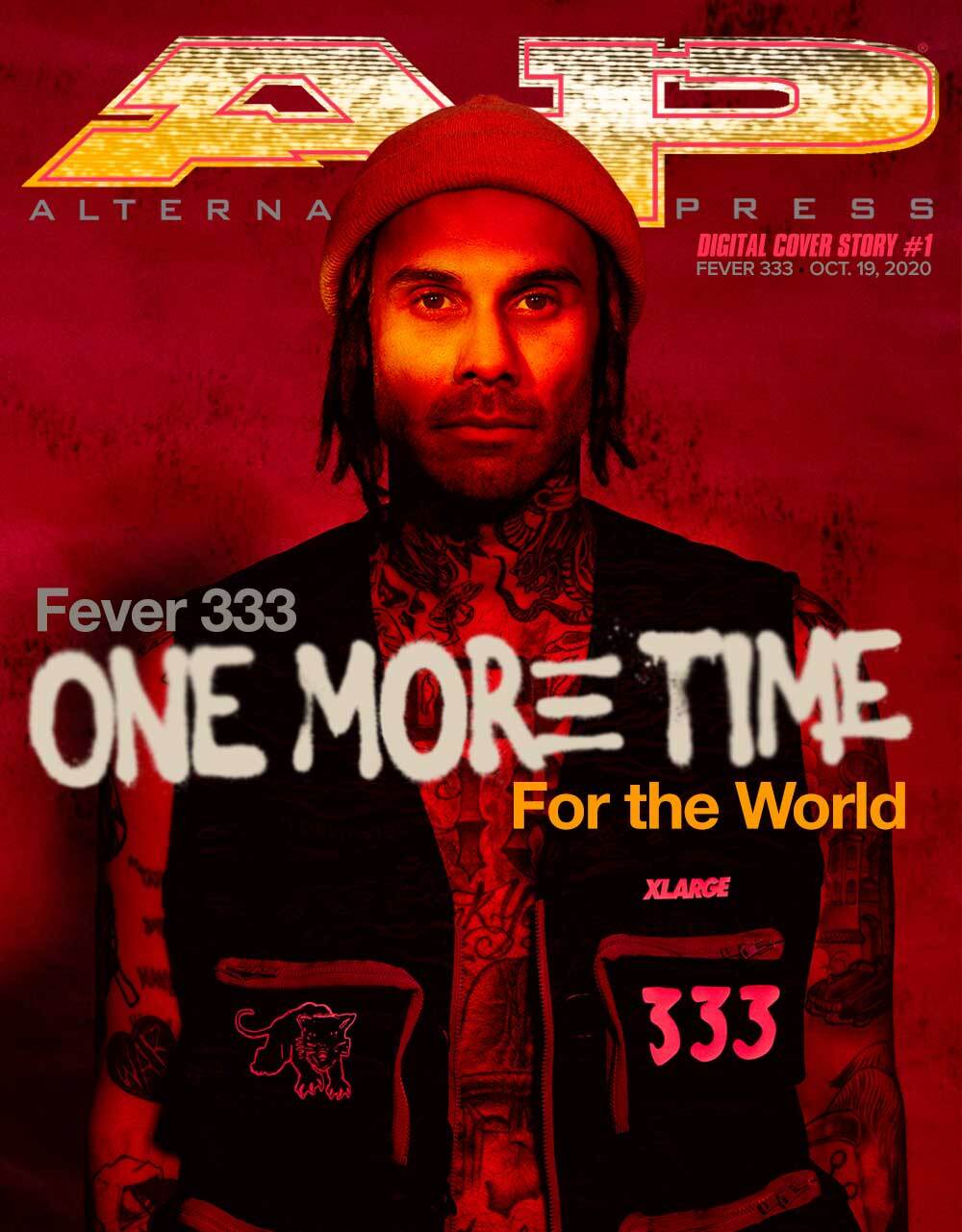 Seeing Floyd’s death at the hands of Minneapolis police triggered the FEVER 333 frontman. He was reminded of all the times he encountered racism. Like the time his dad gave him instructions when they were pulled over for driving in an L.A. suburb (“Don’t move your hands, look straight ahead, I’ll talk to the police”). Or the time when he had his first car and got pulled over and cuffed “while all my white friends stayed inside the car.”

“I was in shock, and I was so fucked up, I didn’t know how to respond,” he says about Floyd’s death. “And then I saw the rest of the world throughout the day feeling like I did. And very quickly, I realized that for the first time in my generation, people were really, really willing to put in the time, the active participation and the sacrifice that needs to happen in order to change what we saw on the television screen. Because we’ve seen it so many fucking times in the same way, the same type of citizen.” Sad and fired up, Butler participated in the 13 days of protests in Southern California.

And on the 14th day, he began to write. Butler’s thermonuclear synergy of rage, sadness and militant demands for a better world have manifested themselves into FEVER 333’s new mini-LP, WRONG GENERATION. Recorded in lockdown with John Feldmann on guitars and Travis Barker behind the kit, the record houses Butler’s most unforgiving, punishing dispatches from the demonstrations in Los Angeles.

Every riff feels like a forearm smash, each beat another can of gas on the fire in an attempt to bring down the power structures designed to hold many citizens down. From the napalm blast of “BITE BACK” to the quiet respite of “LAST TIME” and the wide-eyed funk-pop of “SUPREMACY,” this record isn’t just the headspace where Jason Butler is right now. It’s where America is.

Anybody who knows Butler is truly touched by his jovial, friendly and considerate demeanor. But when it comes to articulating his rage, he’s no longer playing softball. The takeaway here is that WRONG GENERATION is peak Butler, spitting out on-point hip-hop cadences and delivering hardcore roars soaked in blood mist. That’s because the lives of his family, friends and community completely depend on it. 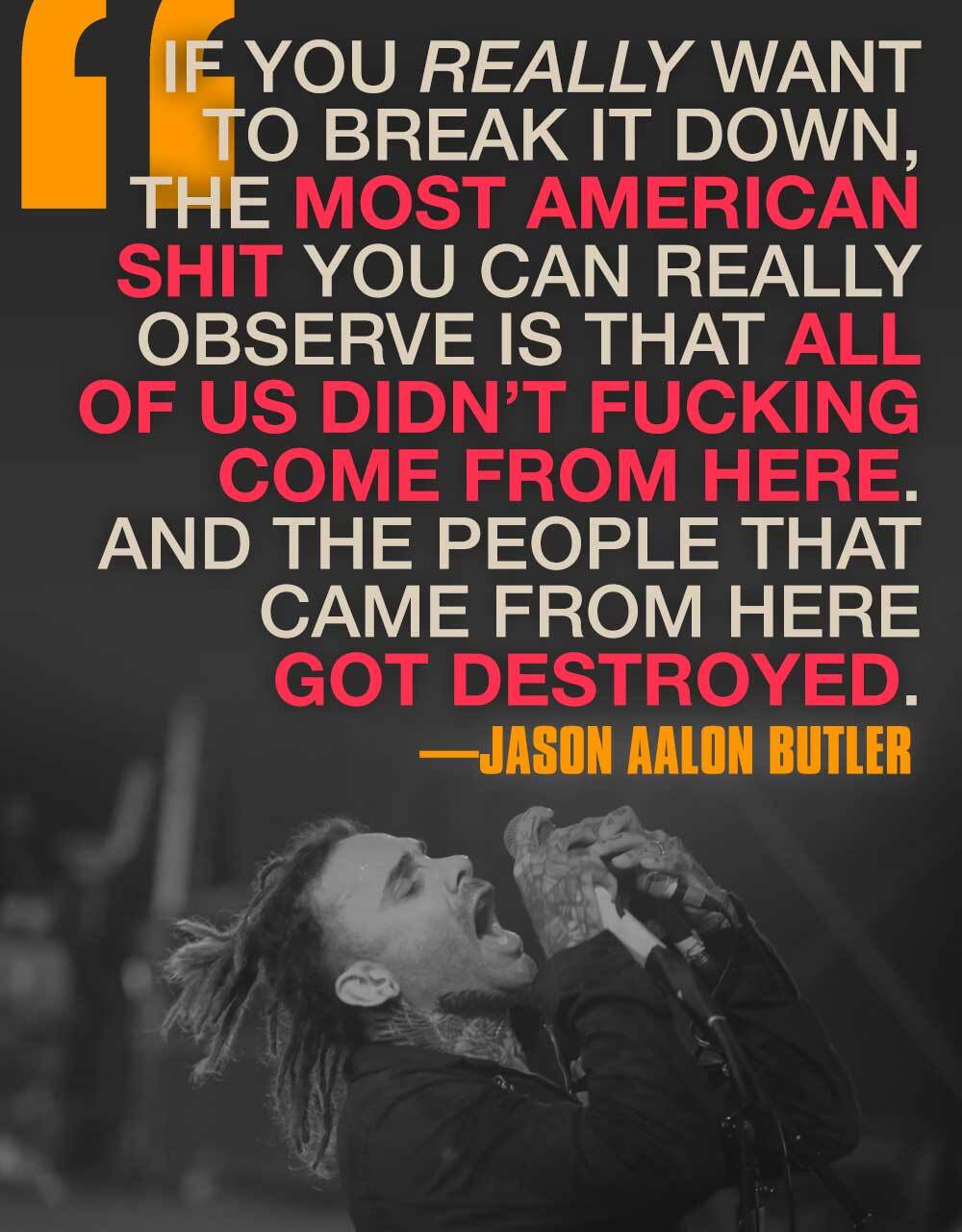 How are you feeling about the 2020 election?

It’s the most important election of all time. You’ve watched democracy be taken from and diluted and tarnished. We’ve watched it as we divide ourselves. We pick a side of the aisle and believe that everything on that side is God’s will and absolute truth. As we’ve pushed each other further and further away, what is going to fall through that gap is the idea of democracy.

Clearly, this thing here is fueled by hateful rhetoric. Dog whistles emboldening people that actually want to tear at the fabric of the diverse culture of the U.S. If we can’t look at the betterment of the country in this election, I am going to say this. I’ll go on record saying that we will see one of the darkest times in American history. I do believe that. And I want everyone reading this to please note that I didn’t say nobody’s name. I didn’t say one candidate or the other. If you really want to break it down, the most American shit you can really observe is that all of us didn’t fucking come from here. And the people that came from here got destroyed.

First and foremost, we have to be honest and look at how this all happened. So when you are talking about being American and you are upset when people come from other places, you want to talk about immigration. You want to talk about freeloading? Look at who is running the show and tell me how I pay more taxes than our current president. 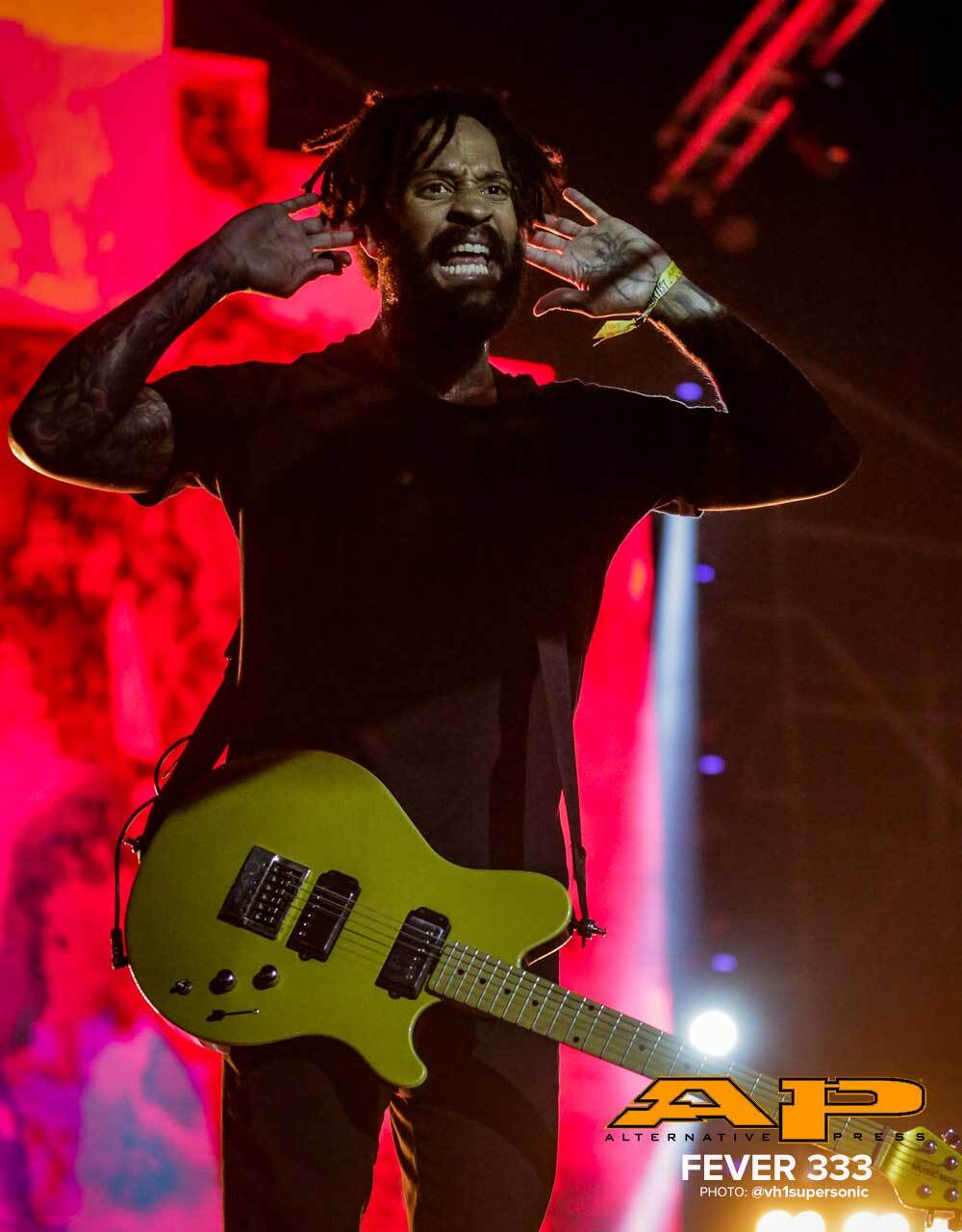 What do you see as the future and resonance of Black Lives Matter?

Man, understanding what we meant when we said Black Lives Matter. Understanding what we were asking for and why. And hopefully starting to get it. People seeing that Black lives seem to matter more, once we have a significant seat at the table where we feel heard and felt. These politics, these ideals, these requests and desires: I really do believe that they will open up doors for more people than just Black people. I think that’s so important to elucidate in these points.

Throughout history, we have seen that Black rights have precipitated and catalyzed and paved the way for the rights of so many others. Again, we need to remember we’ve got to consider all of our citizens. That’s what they are. They are here. They are part of this fabric and are part of the progress. First and foremost, we’ve got to get these people to feel the same liberties that we promised when we told them to get their ass on a boat and come over here. Or when we just put their ass on a boat and took them over. Many times, we have shown that once we get what we feel we deserve after what we have given to this country specifically, we are happy. We are happy to share culture and ideas. We are happy to share progress with everybody. 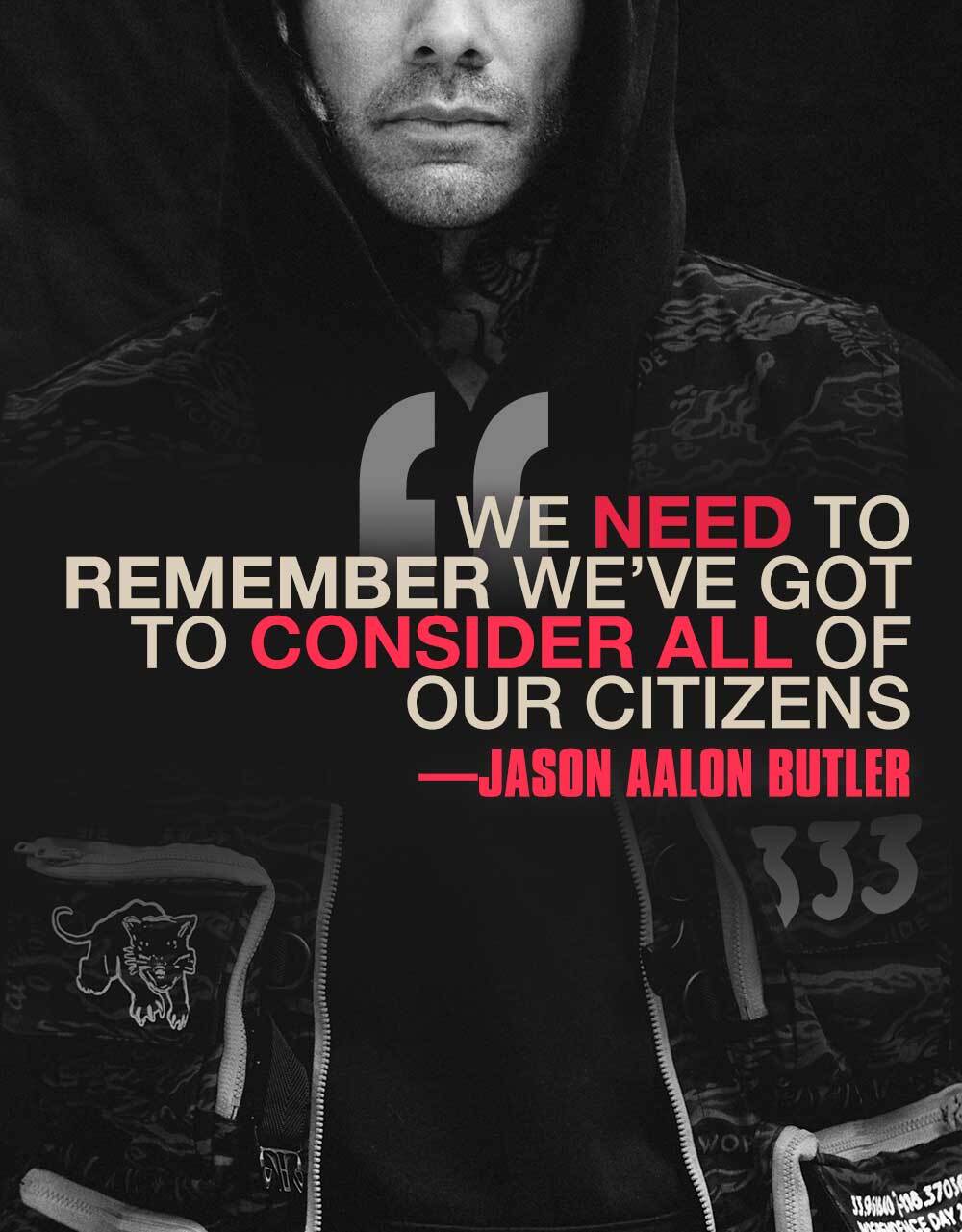 I think raising a child is both an act of bravery and an act of hope.

Me and my wife had to actually sit down and talk about it: “Are we going to have this child? Is it irresponsible of us?” [The conversation] was really intense and really objective. But what you just said was the reason we did it. We said, “Look, we have to believe, and we have to try our best to make sure that children are part of the change that we know has to happen.”

Inspired by the protests, WRONG GENERATION has got the fury the whole way through. The songs are short, sharp shocks, and they get their point across. Is WRONG GENERATION the release of your pressure valve? Or is it your penultimate call to action?

Wow, I love that. I think it is the penultimate call. I did the only thing I knew I could do. So I went out into the street, and I marched, and I yelled, and I cried, and I laughed. Everything I could to express how I felt about this thing and express our thoughts about Black people and people of color and disenfranchised people. Did everything I could for 13 days. I was in what people called “peaceful protests” and was amid what people called “riots.” And on the 14th day, I came home, and I wrote “BITE BACK.” And then we did that livestream [Long Live The Innocent] that happened in a matter of days. 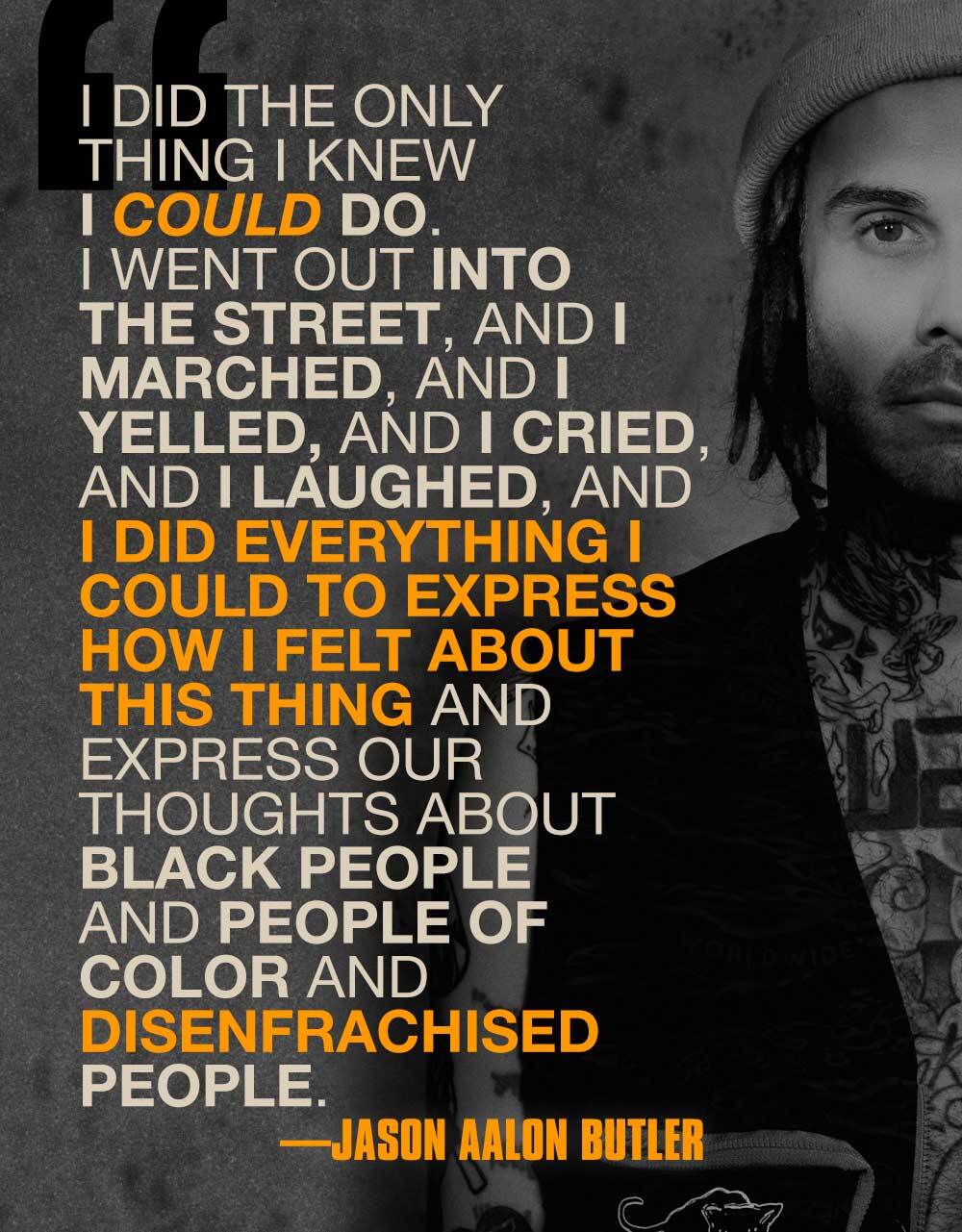 You made this record in eight days with John Feldmann and Travis Barker. Was that a ground rule?

Yeah. We only had “SUPREMACY.” And then every day I went to the studio, John was like, “You have to finish today. Whatever you’re gonna say needs to be done today.” That made perfect sense. So every day I just wrote, and I stayed there all day or all night or whatever, and every day was a new song. Every day was a different feeling, a different emotion. Some of the songs are literally about my experience in Leimert Park or my experience on Hollywood and Vine.

Some people want to pick apart my lyrics and be like, “That didn’t happen.” I’m going to say to you, “You’re done” because I’m literally talking about what I saw, what happened. This is such a distilled, fact-based EP. I feel like no one can tell me that I’m wrong about what I experienced or what I saw and what I wrote about.

This is a culmination of what you were doing when you were out for those 13 days. You were doing the peaceful protests, and you were also in the thick of it with a lot of people. Are we just lucky that you escaped vicious “law enforcement”?

Yeah. I’m not going to sit here and put this out here to earn any stripes at all. I’m going to keep it all the way real. They shot at us, hit us with the smoke bombs, pushed us around. To watch so many people fight and be so frustrated and so sick and fucking tired that they’re willing to stand in front of and push against someone who is authorized to kill as state-sanctioned murder. But you’re so tired, and you feel so helpless, and you’ve got so [many] fucking frustrated and angry [feelings], and at the same time, somewhere in the back, you believe that this hopelessness affords you some type of hope at the end. 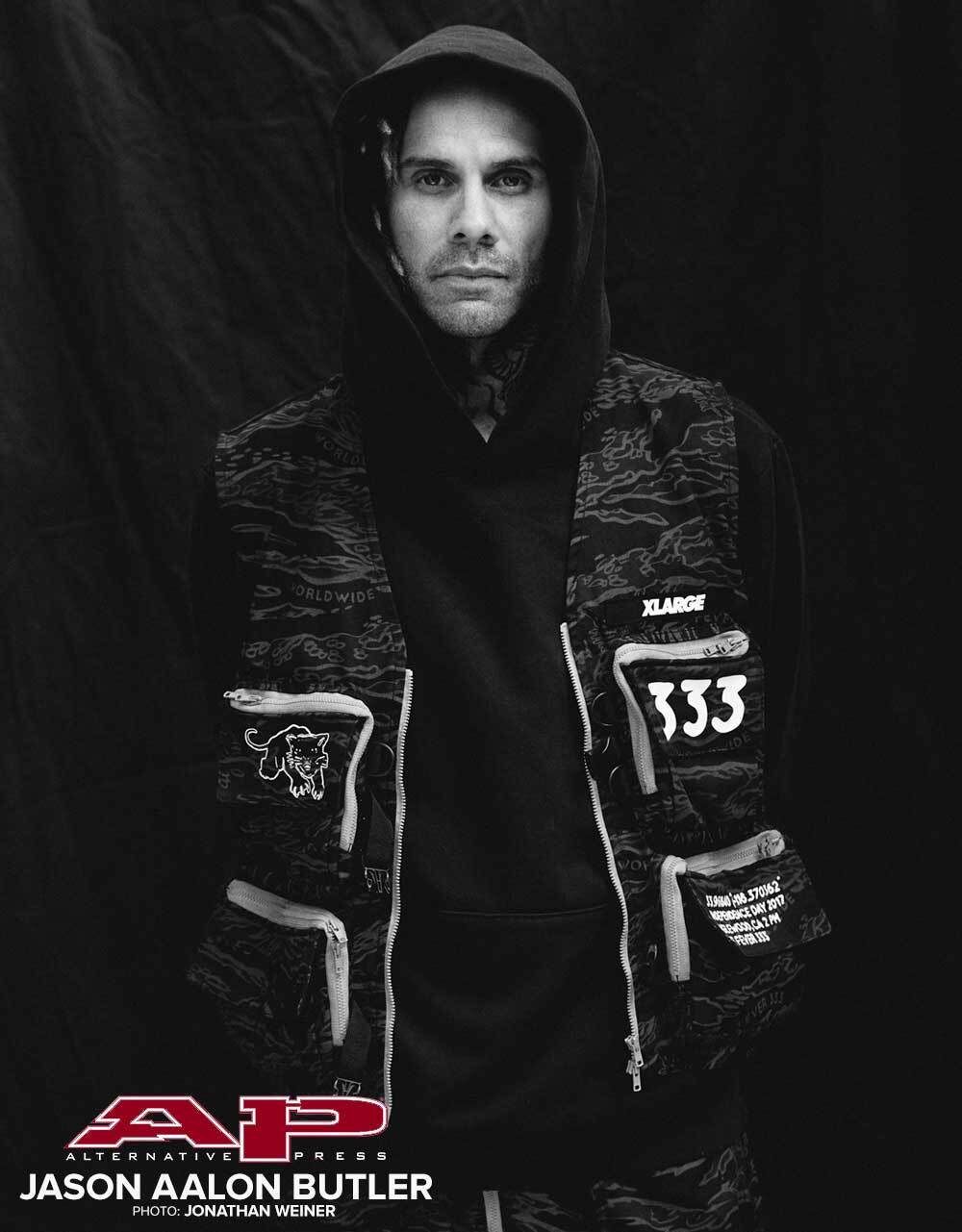 Read more: These black artists built the foundation of rock music as we know it

Let’s just keep it 100: Most of these motherfuckers are immune to that process. Therefore, their murderous capability is now heightened. Don’t get it twisted: That’s why they walk around like John Wayne, gun-toting motherfuckers talking shit. Shooting, killing people. That is part of it because we sanction and embolden these people. So when we’re out here and you are fighting against someone who really has nothing to lose, you must be fucking tired. You must be frustrated. And you must believe sacrificing your own body for the freedom that you know you deserve. That must be so, so important to you. I saw that those nights. We deserve more. And I will sacrifice for that.

In our last interview, you came to terms with the fact that loss was going to have to happen. That could be the death of family, friends or anyone. To achieve equality, something would be destroyed. And you’re a father. You still want to be there for your kids. How do you reconcile that? I don’t know how you do it. It’s proud and protective but also very heartbreaking at the same time.

But at the same time, when it’s these things happening in the streets right now—protest, excessive force or just paramilitarism—I believe that those things must be combated and must be fought by people that feel as though they have the ability, capability and understanding to fight against those things. I consider myself to be one of those people. And I’m almost duty-bound because of what I feel needs to happen for my children. 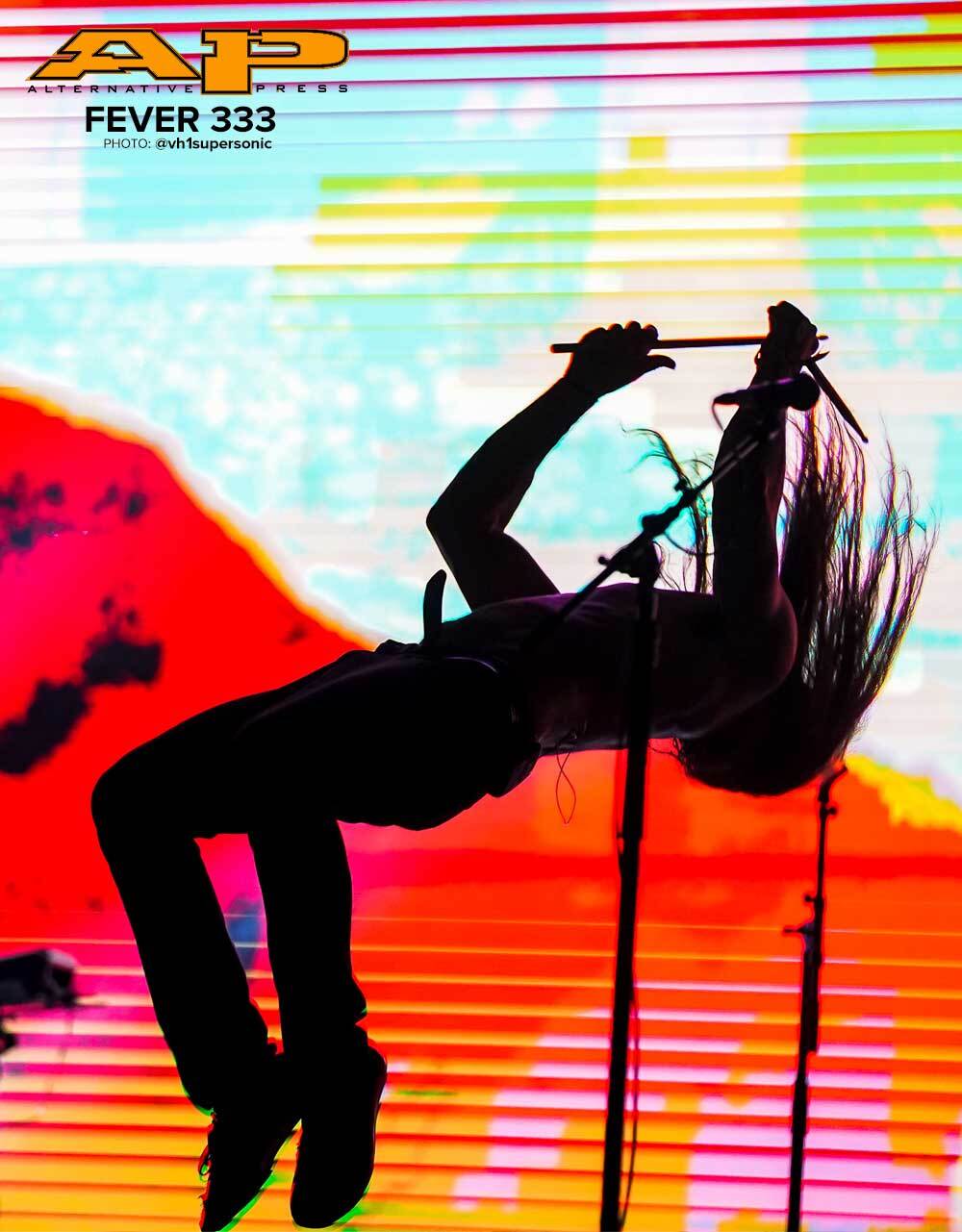 WRONG GENERATION is the most unvarnished, vicious record FEVER 333 have released to date. What happens if it turns out to be the band’s best-selling record? What would you do if it completely blew up?

We got to have a big-ass banquet for more people to be involved and come to enjoy and invest in and feel safe in the success that we all had. I may have written the shit, but it’s the people buying it, supporting it and talking about it. I believe those people deserve to eat with me.