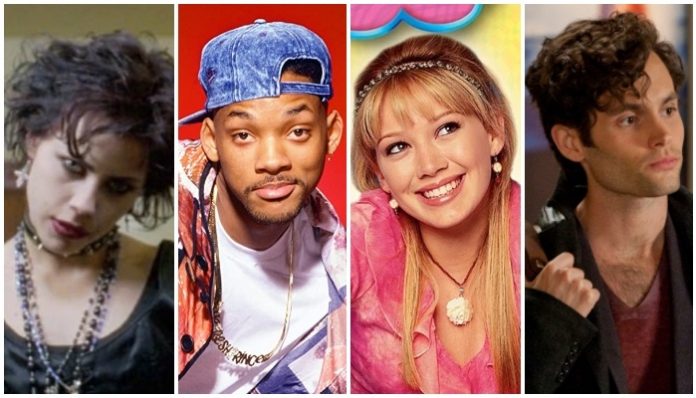 It’s no secret that over the past 5 years or so, reboots have dominated the film and TV world. Hollywood apparently learned a few years ago that reboots make a lot of money, so since then, it seems like nothing is off the table to be remade in the modern age.

While some of the reboots have been successful, such as Aladdin and Fuller House, there are a few rumored reboots that just feel like they’re never going to happen for one reason or another.

We’ve collected 10 TV shows and movies that feel like they’ll never get their second chance to see the big or small screen. You can check those out below.

MTV has been working on a reboot for years on this classic animated show that made all of us have an even bigger attitude problem in the ’90s. The show is supposed to be called Jodie and follows the life of Daria’s high school friend. While the reboot has made some slow progress recently by getting picked up by Comedy Central, it just feels like we’re never going to get the satisfaction we’re looking for with a new show, and our time would be better spent watching Daria reruns.

We started hearing about this ’90s cult-favorite film being remade back in 2015 and, until late 2019, there was very little said since then about it. The film has apparently found a director and selected new actors to play the four main witches, but again, that was last fall before the coronavirus hit. Now, it just seems like this won’t happen and honestly, if it does, who knows if it’ll even be able to hold up to the perfection of the original The Craft.

Even Hilary Duff, the star of the show, is concerned about the future of this Lizzie McGuire reboot happening. The show was set to air on Disney+, but because it featured adult themes such as sex and infidelity, the show was put on hold. Duff has asked that the show be put on Hulu so it can feature those scenes that may not be appropriate for a Disney audience, but who knows if Disney will give up such as cash cow of a TV reboot. Needless to say, actually seeing an episode of the remake would be what dreams are made of.

The main reason we think that this Fresh Prince Of Bel-Air reboot won’t actually happen is because there’s been so little news about it. Apparently, Will and Jada Pinkett Smith’s media company is working a new show. However, previously, the star has said he’d be involved in a reboot “when hell freezes over,” even if his son Jaden was cast in the lead role. UPDATE: A return has finally been set for HBO Max. Will Smith will reunite with several series regulars Sept. 10 with the special expected to air around Thanksgiving.

There are seemingly endless rumors of a Drake & Josh reboot and when the two main cast members started working on a new project, it seemed like it might actually make it to our TVs at home. However, Josh Peck revealed that the two were indeed working on a project, but it wasn’t really a reboot.

It’s honestly surprising given the popularity of the Harry Potter series that a full-out reboot hasn’t been attempted. While we’ve gotten the Fantastic Beasts films, a reboot with the original characters as adults is every Potterhead’s dream. But given all of creator J.K. Rowling’s continuous anti-trans comments, it seems as though this reboot wouldn’t have the support it might have a few years ago. Oh well, nothing could probably beat the original films anyways.

Those that love The Office want nothing more than new episodes, but it just doesn’t seem likely to happen. The show is a perfect sitcom, and adding any more to that might ruin it. And while the cast has even expressed their desire for a reboot, it just seems like the shoes are too big for anyone to fill, even with the original cast and creators.

The twin stars of this show, Tia Mowry and Tamera Mowry-Housley, have gone back and forth on whether a reboot is actually happening. In 2019, Tia finally said it didn’t look like it was going to happen. People were trying to get a reboot together, but there was too much involved and the vision wasn’t right, so it looks like this will never see the light of day.

Who knows what the people want more—an Office reboot or a Friends reboot. Either way, both don’t seem likely. The cast of Friends has been apparently working on a reunion special, which coronavirus threw a wrench into. Now, who knows when the gang will be able to get back together and congregate in Central Perk without masks on. David Schwimmer recently confirmed it’s still on, but for this reboot, we’ll definitely believe it when we see it.

Even though HBO Max confirmed they were working on a reboot of this show, it seems unlikely just because we don’t understand how the story would work. It sounds like they’re trying to recreate the show will new cast members in the modern age, but Gossip Girl worked because it had all of the mid-00s quirks. This sounds like it will just be another Pretty Little Liars and won’t have the same effect as its beloved original.