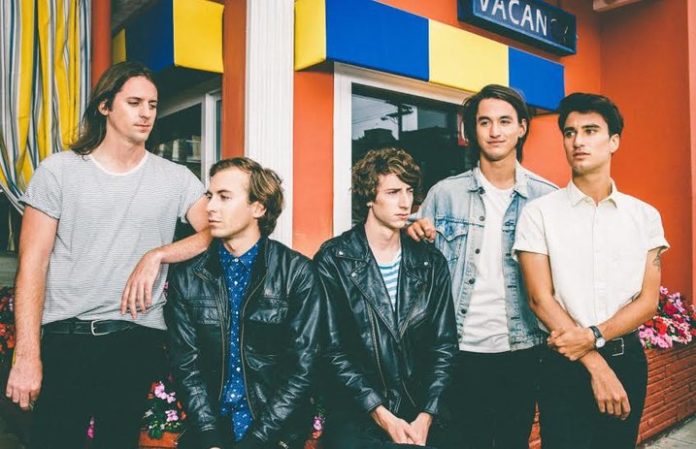 California’s Finish Ticket have teamed up with AltPress to premiere their latest music video and announce their impending co-headlining tour.

The fun-filled clip for “Color” can be found below. The track is culled from FT’s recent EP, When Night Becomes Day.

“The video for ‘Color’ was actually filmed in the days leading up to our U.S. tour with twenty one pilots,” said frontman Brendan Hoye. “We wanted fans to get a taste of what it's like to prepare for a long nationwide tour—rehearsing the music and show and mentally preparing to be away from home and on the road for a long time.”

Additionally, Finish Ticket are set to co-headline Live Nation’s 2016 Ones To Watch Tour. They will embark on the trek alongside Wisconsin-based Vinyl Theatre. A full list of dates and locations can be found below.

“After finishing our first headline run last summer on the Alter The Sound Tour, we knew we wanted to give it another go as soon as possible,” commented Vinyl Theatre. “Finish Ticket were putting together their own headline tour and this seemed like a perfect fit to team up and do something special for both of our fan bases. This is going to be an extremely unique tour for us considering we've only had a single headline tour and this will be a co-headlinging run. All of us are preparing to put together a fantastic show to bring around the country. Vinyl Theatre has been on the road for a solid year, mostly on and rarely off, since we had our first official tour with our label mates twenty one pilots, who Finish Ticket just wrapped up their run with. From what we've heard and seen this tour has been prophesied and hinted at by Finish Ticket and Vinyl Theatre followers for a while now. We're excited to hit the road with another energetic band and bring this tour to life.”

Ones To Watch Tour: