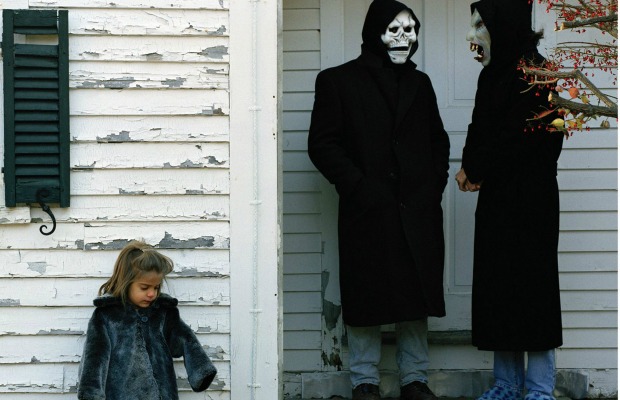 The first time I was exposed to Brand New was while watching Brianna Hunt, a musician who operates under the name Many Rooms, cover “Jesus Christ” at a show. Something resonated within me during that performance. At the time, I wasn’t even aware it was a cover, but after eventually googling the lyrics, I realized it was a song by Brand New. After listening to the original studio version for the first time, I was genuinely taken aback. The production value was intimate, the guitars were clean with minimal effects, the vocals were riddled with perfect imperfections; and, lyrically, it left me with more questions than answers. Ultimately, however, it was the track’s simplicity that brought forth an undeniable beauty.

I won’t lie: I thought it was a worship song during that first time I sat down to listen, — just based on the surface value of the title, lyrics and nostalgic feeling it gave me from growing up in the church. It partially felt like an old youth group tune, but I could feel there was more weight to it. And the more I dissected the lyrics, the more I realized that this was no worship song. With the band known for being mysterious about nearly everything — including song meanings —I took the time to decide what the song meant to me. As a Christian, it seemed to be about being fearful of what happens when death comes, whether it be doubtful thinking or just a fear of if what happens to me if I die tomorrow. It’s certainly a dark way to perceive the song, but regardless of my interpretation, I believe there is an undeniable heaviness that surrounds “Jesus Christ” — something that simply can’t be conveyed through these words. It needs to be experienced, and the only way to do that is to listen.

A lot of the music I listen to is recommended by one of my closest friends, who also produces all of Little Image’s music. I can recall seeing the cover art for The Devil And God Are Raging Inside Me and hearing him say that it was one of his favorite albums. I was instantly amazed by what I was looking at: It was one of the most beautiful, yet unsettling pictures I had ever seen.

Read more: Here’s what the little girl from Brand New’s iconic ‘The Devil And God’ album artwork looks like now

To this day, the imagery of that album continues to be something that inspires visual concepts within me. The aesthetic I strived for with Little Image was, in part, inspired by The Devil And God Are Raging Inside Me’s artwork. The concept behind our name is that we are a small part of something far bigger than ourselves, and the self-reflection of this particular Brand New album can bring one’s thought process outside of themselves to see a bigger picture.

During the season I discovered Brand New, I also started noticing the beauty that simplicity, rawness and imperfection contained. I was 15 years old and had been exposed to many types of music growing up in a home that was very supportive of the arts. However, a lot of popular music around where I grew up (in Waxahachie, Texas) was made for the sole purpose of making money or pleasing everyone. The production always sounded contrived, and the lyrics were usually about the same subjects: mud, beers, parties or trucks. Being introduced to music that was something beyond commercialized, face-value material was incredibly crucial in my evolution as an artist. Hearing songs that had true depth and actual narrative opened me to a new world of music.

Brand New resemble a puzzle with pieces missing, and their music ultimately drives us to search for them. Perhaps the puzzle they represent is a larger resemblance of our lives: We’re just searching for what is missing.

This article was written by Little Image guitarist/vocalist Jackson Simmons. The band’s new album, Musings, is out now. (Listen on Spotify.)