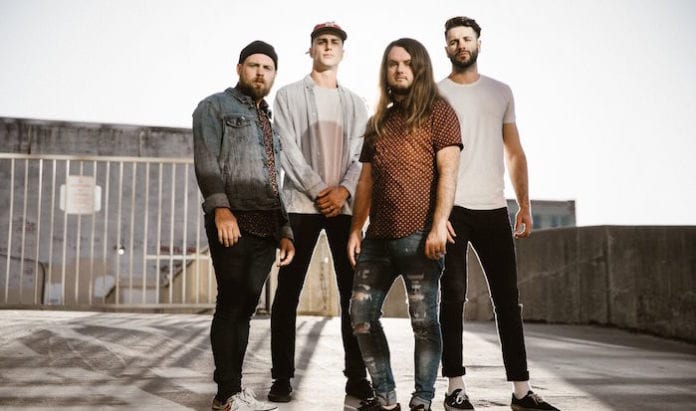 Fit For A King have released a new song about how people’s lives on social media might not be an accurate portrayal of their life, and it’s OK to not be perfect.

“When Everything Means Nothing” is a lighter track musically from the band that aims to make people feel better if they are dealing with mental health issues.

Fit For A King’s Ryan Kirby told AP that he knows people who are depressed because their lives don’t seem to be going as well as some people who share a lot on social media.

“I just wanted people to know that no one is living a perfect life,” Kirby says. “If you are struggling with things like depression and anxiety, it’s normal. It doesn’t make you less than a bunch of other people. A lot of other people go through the same thing.”

The song is the fourth single off the band’s upcoming album, Dark Skies, out Sept. 14. The other singles all differ drastically—for instance, “Tower Of Pain” is really heavy all around.

“The Price Of Agony” has a lot of melody, and “Backbreaker” is more heavy than it is metal. “When Everything Means Nothing” is almost pop metalcore, according to Kirby. It’s a song that could get radio play compared to the others.

Kirby says the new album has no “filler tracks,” which is the first time the band have felt that with an album. Kirby worked closely with bassist Ryan “Tuck” O’Leary to write the song, because it was inspired by Tuck’s experiences which was a different process for the band.

“It was a completely different workflow than we’re used to, but it came out with a really cool result,” Kirby says. “It required us to get a lot closer when writing this song.”

The Fit For A King vocalist is most excited for the record because he cannot wait to play songs such as “When Everything Means Nothing” live.

“I’m so excited to hear the crowd sing,” Kirby says. “I think [the song] covers everything our band have to offer.”

Above everything, Kirby hopes that people understand no one is perfect, no matter how rich or famous they are or what they post on Instagram. Even if someone seems to have it made, they probably don’t, Kirby says, citing the struggles of people such as Chester Bennington and Demi Lovato.

“When I talk about depression, some people don’t take it seriously because they think my life is so awesome,” Kirby says. “It’s almost like a catch-22. Like, ‘Why would you be depressed? You’re so famous and rich,’ when it makes getting help sometimes even harder.”

Listen to the new song below.

Dark Skies is available for preorder here. You can check out the full tracklist below.

Fit For A King are currently on their headlining tour, and they will be headed out with the Devil Wears Prada for their 10-year anniversary celebration of their 2009 album, With Roots Above And Branches Below. Check out the dates below.

Headlining dates with Like Moths To Flames and Currents:

With Roots Above And Branches Below tour: