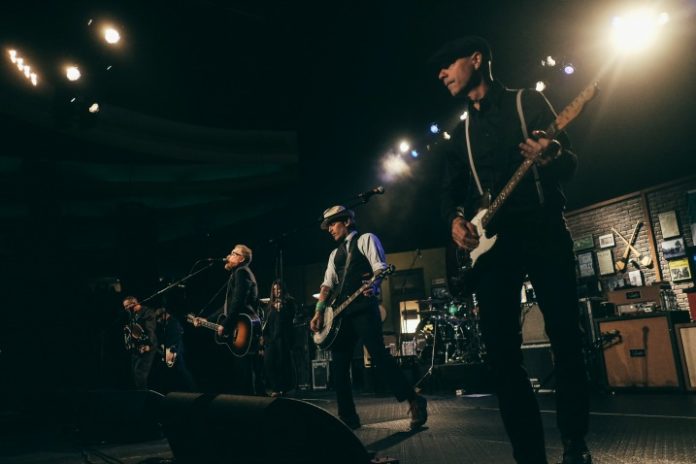 It’s been five years since Flogging Molly’s last album Speed Of Darkness, but now they’ve joined AP to release a teaser to their upcoming releases with the song “The Hand of John L. Sullivan.”

The song was inspired by the boxing legend John L. Sullivan, aka the “Boston Strong Boy.” However, Sullivan is perhaps better known as the image behind the “overly manly man” meme, which shows the boxer posed with fists ready to fight.

Flogging Molly is currently on tour. They also will play Jimmy Kimmel Live! on March 17.

“Here is the first of many new songs and hopefully our Flogging Molly family are as excited as we are to what lies ahead,” says King.

Listen to the song below and let us know what you think in the comments!