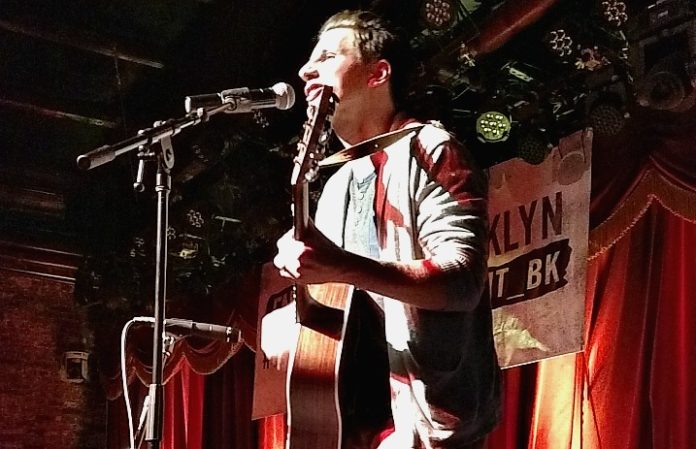 Since its launch early last year, Emo Night Brooklyn has secured itself as mother of all nostalgia events, inviting the emo kids who just so happened to grow up (physically, at least) to relive their teenage glory days through a bi-monthly celebration of music. Their first event of 2016 proved that it is not all downhill from here—ha, get it?—as hundreds of people braved the damp New York City weather and flocked to Williamsburg's innovative Brooklyn Bowl hours ahead of to get close to the stage or snag one of the few available tickets.

Did you miss Alternative Press' live coverage of the event on Snapchat? Or do you just want to relive all of its awesomeness? Either way, here are some of our favorite moments from January's Emo Night Brooklyn.

Although the music might be sad, the vibe surrounding Emo Night is anything but. The whole point is to create a strong bond between fans of a specific genre, so creators/regular DJs Alex Badanes and Ethan Maccoby set the mood by extending the warmest of all welcomes to their audience by encouraging everyone to raise their cups high into the air and pouring people beer from their own stash. Beer, music and new friends—what could be better?

Ace Enders of the Early November not only took over the turntables, but also performed live

For the past month, the ENB team had been hyping up a secret guest of honor, promising not only a DJ set, but also an acoustic performance—and they did not disappoint with Ace Enders. The frontman walked on stage, grabbed his guitar and treated spectators to not one, but two classic Early November tracks.

“If someone had told me 15 years ago that there would be a thing called ‘emo night’ where people just have the best time of their lives… I would have never thought. It's amazing,” he said before breaking into an unbelievable rendition of “I Want To Hear You Sad,” despite it being—in his own words—“way past [his] bedtime.”

The crowd got really into it

Emo Night is like jumping around your bedroom screaming the lyrics to your favorite songs along with your best friend. Only your bedroom is a bowling alley-concert hall hybrid in one of the coolest neighborhoods in the world and instead of having one best friend, you have 900. Fans spent the night moshing, dancing and singing along to favorites by the Used, Motion City Soundtrack and Taking Back Sunday. A few brave souls even crowdsurfed. Check out all of the hands up during Say Anything's “Woe.” It's quite the beautiful sight.

Ace kissing his wife during “Here (In Your Arms)”

Although it's been 10 years since its release, Hellogoodbye's “Here (In Your Arms)” remains as much a cutesy love anthem as it was back in the day. As soon as the opening notes of the pulsing drum machine began to ring out, people began grabbing their friends, significant others and total strangers to serenade them. Ace even invited his wife to join him onstage and proceeded to bashfully give her a quick kiss as the MCs and audience cheered them on. It melted our dark little hearts.