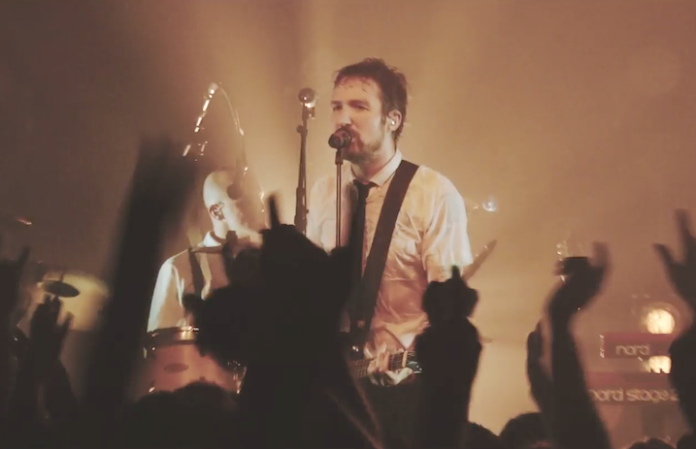 Fresh off Frank Turner's eleventh album, Songbook, released Nov. 24 on Interscope Records, is “Get Better”—and we're premiering the new music video right here on AP. Featured in the video is live footage from his 2,000 show in Nottingham Rock City on Dec. 15, 2016.

“This was the penultimate song of the set from my 2,000th show—the penultimate song of a long year on the road—so it's that moment in a show when you really need the audience to pull you through to the finish line,” Turner tells AP. “Thankfully, the Rock City crowd was basically the best crowd I've ever played to, so they helped me out.”

And it's clearly evident in the high-energy video.

Read more: Bowling For Soup were thankful for Frank Turner this year

Following his 2,000th show, Turner performed in Boston in early 2017: his biggest U.S. show to date.

Songbook spans Turner's entire career, comprised of songs from all six of his albums, as well as 10 brand-new versions of some of his biggest hits—some are re-recorded in full, while others are stripped-down. The deluxe boxset edition, released Dec. 15, even includes a brand-new track, “There She Is.”

Catch Frank Turner on tour on the dates below:

You can stream Turner's Songbook on Spotify or purchase on iTunes, Google Play, Apple Music, Amazon and his website.