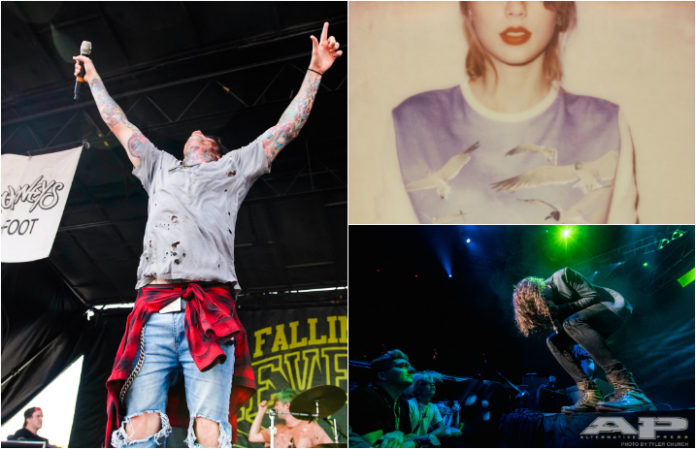 When you’re a touring musician, you see a lot of bands live. We asked a bunch of bands (and one actor) who were their favorites to see time and time again. The answers might surprise you…

Alex Costello, ROAM
Wage War. As far as Warped Tour goes, they're the best band on there. I knew about them before, but they're so good.

Tyler Posey, MTV’s Teen Wolf
Neck Deep and State Champs did their World Tour a while back: Me, my brother and a couple of our friends went to their show in Orange County at the Observatory. They brought me onstage and I got to sing a song with them, the last chorus of a song. That was probably, to this day, one of my favorite concerts. Also, [the] first Bayside concert I went to. Bayside have been something deep in my heart for a long time and Anthony [Raneri, vocals] is just one of the greatest guys I've ever met and he invited me out to a concert and I went and we were in this kind of VIP area and we were the only people moshing in that area 'cause everyone else was too VIP and too cool to mosh. [Laughs.]

Garret Rapp, The Color Morale
My favorite live band I've ever seen is the Chariot. Honest, but very unpredictable. You'd always see something new. There was never a show duplicated by them. Favorite band I've ever toured with, too.

Keaton Pierce, Too Close To Touch
This is hard… I see a lot of bands live. [Laughs.] As far as energy goes, I love watching Beartooth. My favorite band to see live is Underoath.

Daniel Wand, Capsize
I don't know if I have a favorite… but I can say one of the best bands I've seen live as far as how talented they are is Stick To Your Guns.They are the most consistent, on-point live band. They don't even slightly mess up. It's just so perfect at all times.