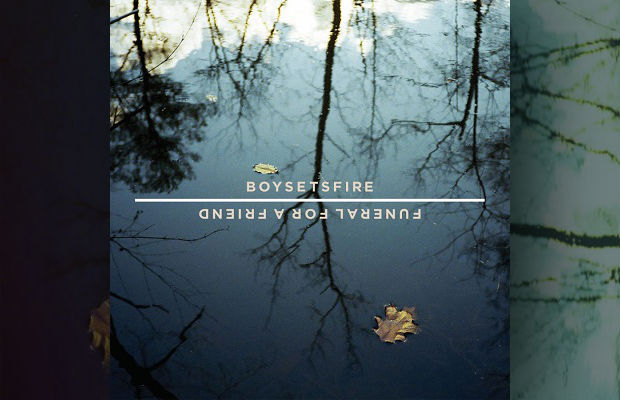 Funeral For A Friend and Boysetsfire exchange covers for their upcoming split EP in what No Sleep Records calls “the ultimate admiration for one another” based on their longtime friendship. When it came to making a decision on exactly what to cover, FFAF vocalist Matt Davies-Kreye tells us they had no shortage of options, but “Rookie” stood out.

“When it came down to figuring out what Boysetsfire track we wanted to cover it wasn't easy,” says Davies-Kreye. “We all had our favorites but we just had to figure out which song collectively made sense. After The Eulogy is such an inspirational record and we all love 'Rookie,' it's probably the most recognisable Boysetsfire song and we figured because of it's connection with people, we should give it a shot. We recorded it in a day. It was so much fun to play; it's such an anthem.”

The 7-inch is out May 13 via No Sleep. While you wait, you can check out FFAF's cover of “Rookie” below: