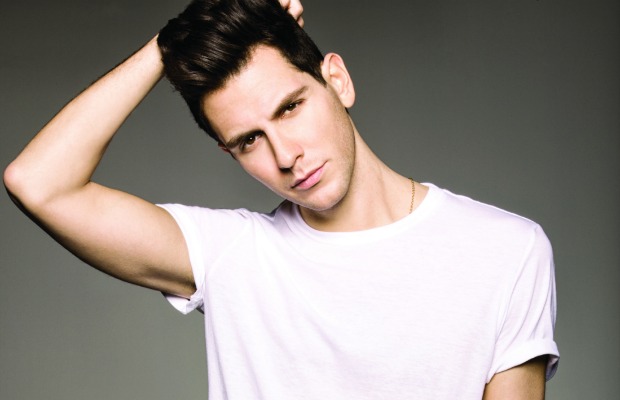 In the landscape of early-2000s pop-punk, Midtown were admittedly never the most successful band–but judging by the amount of attention they’ve received since disbanding in 2005, they certainly developed quite the cult following. In some ways, it was singer/bassist Gabe Saporta’s overwhelming success with Cobra Starship that left fans doubting a Midtown reunion would even come to fruition. Sure, Midtown once toured with Blink-182 and were major-label artists themselves, but Forget What You Know barely made a dent in the scene—while Cobra Starship’s DayGlo-specked dance pop sold millions thanks to hits like “Good Girls Go Bad” and “You Make Me Feel…”

Every once in a while, though, the rumor mill would begin to churn that Midtown were plotting a comeback. After years of waiting, fans’ prayers were finally answered when the band announced they’re reuniting this May for two sets at Skate & Surf Festival. While Saporta admits there’s no way to know if this one-off weekend will lead to anything bigger, he’s going to enjoy it however long it lasts.

Skate & Surf organizer John D has famously been trying to make the Midtown reunion happen for years. Why was this the right time?
That’s a good question. It felt like the right time. You know, that’s a cheap answer. Why did it feel like the right time? I think it’s a combination of a few different things: It’s the tenth anniversary of Forget What You Know, which I think is our best record. I also got married last May and took some time off from doing music to build a foundation with my wife. I started to miss music; I especially missed playing an instrument. When the offer came around, I listened to what John D had to say. He was very passionate about it, and it just felt right.

Was everyone on board from the jump, or did certain people need a little convincing?
Honestly,I think I was the one that needed convincing. [Laughs.]

When you put out Forget What You Know, it didn’t really connect with fans. But since then, through the breakup and your time in Cobra Starship, the mythology of Midtown has grown to the point where people were clamoring for some type of reunion, even a single show. How does that make you feel?
It’s definitely bittersweet for me, because we were really struggling when we put out that record. Our last show in Boston, we were playing for 150 or 200 kids. It was starting to fade away. It’s funny, because I watched the Refused documentary [Refused Are Fucking Dead]… not that I’m comparing us to Refused at all… but they put everything they had into The Shape Of Punk To Come, and they had nothing left to prove after it came out. The same thing happened to us. We put it out and didn’t really know where to go. When we made that record, we knew it was different than the world we came from, and we said that even if no one liked it, we were going to make a record we could listen to in 10 years and be proud of. Literally every other record I’ve made, there are parts I listen to and cringe, but I don’t do that at all with [Forget What You Know].

When you played that last show in Boston, did you think Midtown would eventually come around again, or was there a sense of finality to it?
I didn’t really know what I was going to do with my life, honestly. None of us were that old. When we broke up, I was thinking about maybe going back to college; I wasn’t sure. But I didn’t feel like Midtown were ever going to come back around again. When a band winds down, you go through that strain on the people in the band and the relationships. Honestly, we didn’t leave Midtown being best friends. Part of the reason we broke up was because we grew apart, and we grew up. The strain of being in a band is difficult, especially when you’re young. You don’t know a lot of things, and you learn a lot of things along the way.

When the news of the reunion was announced, some sites reported it as “Midtown, Gabe from Cobra Starship’s old band.” It’s interesting to see how the tags that get attached to your name change over time.
It’s really funny. Growing up, one of my big idols was Ian MacKaye, and what I really admired about him was he single-handedly created two movements: He started the hardcore straight-edge movement then went, “You know what? I’m not into this anymore,” and left and started Fugazi and this post-punk movement. I’m really grateful that I’ve been able to be a part of two movements of my own that are so different. >>>

This Slipknot song is still Corey Taylor’s favorite after all these...