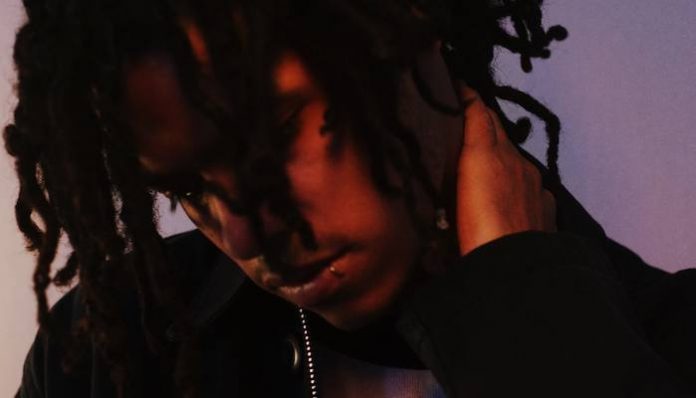 Even though the days of Warped Tour are gone, the festival’s significance continues to influence artists both mainstream and underground. For blossoming emo rapper GARZI, the scene that spawned his favorite day of summer is the same one that will carry him to the top.

The forces behind his latest single, “Higher,” are evident as soon as the first bar is spit. With visuals matching that nostalgic feel. The artist is teaming up with AP to share the new video.

Just like the humble beginnings of Warped, GARZI looks to take off from DIY roots to a full-blown phenomenon. With a fresh team in Capitol Records and a slightly tweaked persona (he previously went by YUNG GARZI), the rapper is already proving his worth with only one song.

“Before, everything has been in the moment, no budget, just doing what I could,” he says. “I was just trying to get the vision as much as possible of what I can do. I honestly feel like I was just scratching the surface before. Now, I’m just taking it to a whole new level.”

Dropping the “YUNG” off his stage name may signal maturity in the literal sense, but make no mistake. GARZI is the same guy he’s been since day one, still spinning artists represented in his elementary school note scribbles.

“This has always fit me from the very beginning, even since the time I was a kid,” he recalls. “I remember being in first or second grade where I had a binder, and I was literally writing all the lyrics to like Simple Plan, Fall Out Boy, bands like that. I didn’t train my voice. But I learned how to sing to those kind of songs and really developed that method and tone in my voice. I just feel the way I do it is the most authentic.”

In an industry hellbent on unveiling the next cultural icon, the former Warped kid sees no reason to be anything but genuine. For those who don’t like it, he’s plenty used to the gawking.

“I remember after school waiting to go home and just jamming to my music,” he says. “Listening to whatever band like Memphis May Fire and Sleeping With Sirens and jumping on the tables like, ‘Yo, I can’t wait to be on Warped Tour one day. I’m going to play Warped Tour,’ and everybody’s like, ‘Who the fuck is this kid?’”

GARZI’s love for the scene is apparent with every word. He’ll gladly share his favorite bands in record time, firing off names such as Bring Me The Horizon, Paramore and, most importantly, the aforementioned Memphis May Fire.

“I was pretty lost when I found them, and I was just searching for something bigger,” GARZI says. “I didn’t really have a huge understanding of myself and who I was at the time. But I remember finding Memphis May Fire and just everything in my head clicked.”

As a kid itching to join his favorite bands onstage, the rapper cites meeting MMF frontman Matty Mullins as a crucial moment in not only his music career, but his life as a whole. It was the band who finally gave the aspiring artist a clear path to his dream.

Read more: 10 emo rappers who are blending the genres seamlessly

“He was super chill, we took pictures and he signed my shirt,” GARZI remembers. “It was really inspiring to see how humble [he was], and really who he was just made it better. I was just like, ‘This is exactly what I want to give to people and be myself.’”

The authenticity he saw in Mullins that day provided a blueprint for his career going forward, and he sees the same quality in his current mentor, Goldfinger frontman/producer John Feldmann.

Feldmann took a special interest in the rapper, leading the two to spend extended studio time together and even create an upcoming collab with Travis Barker.

“John is just literally the coolest human being ever,” he says. “He’s so easy to talk to and connect to and just make music with. Like I go to the studio and make two or three songs every time I’m with him, and it’s hard to find that kind of chemistry with anyone else.”

Tying his new music video in with yet another rock influence, the rapper confuses viewers with a somber funeral setting to offset the energy of “Higher.”

“My main inspiration for the visuals came from the Red Jumpsuit Apparatus’ ‘Face Down’ video,” he explains. “I just love the emotion behind it, and that’s also a pretty fast-paced and energetic song with deep and sad visuals. The song just gained more meaning to me as time went on, so I was able to put the real emotion into it.”

If you’re looking for a deeper meaning behind the track, it can’t quite be explained. The music simply represents the rapper at his core and how he was feeling when writing it.

“When I made the song, I wasn’t really writing it about one specific situation,” he says. “I was just feeling a bunch of different type of ways [and] just wrote whatever came out. I mix freestyle and writing, so I’ll be mumbling and freestyling and just base the song off that.”

Check out the new video below.