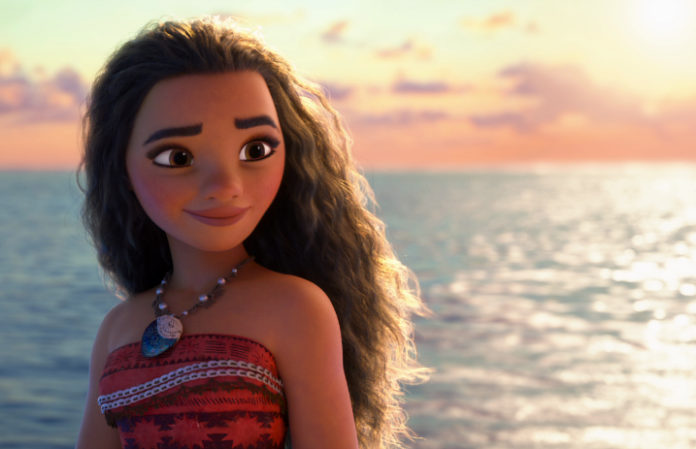 Let’s forget about Moana’s cast that includes names like Dwayne Johnson, Alan Tudyk and Phillipa Soo. Don’t think about the film’s composers, Lin-Manuel Miranda, Opetaia Foa'i and Mark Mancina. Right now, it doesn’t matter that Auli‘i Cravalho’s audition video is the perfect cure for a bad day. Disney’s Moana may be one of the most visually stunning movies to ever grace the silver screen.

Disney set the standard for animation way back in 1937 with Snow White and the Seven Dwarves, and while rival companies such as DreamWorks Animation and Universal Pictures began challenging them for the belt, Moana’s new trailer reminded all of us of the one aspect no one has been able to match for nearly 80 years—water animation.

Their mastery of this visual element became apparent in Pinocchio as the little wooden boy battled Monstro, the only whale Dory might not be able to befriend. It continued in The Sorcerer’s Apprentice, arguably the best part of the original Fantasia. From the moment Mickey begins his chores to the time the Sorcerer finally returns to fix his student’s unimaginable blunder, Disney’s animators created some of the most beautiful and terrifying depictions of water the world had ever seen.

Disney’s animation style moved toward 3D graphics in recent years, and if you also take Disney subsidiary Pixar into consideration, no one can compete with them under the sea. Pixar briefly took over as the greatest water animators when they released Finding Nemo in 2003, but Disney bought that title back in 2006 when it re-acquired Pixar for $7.6 billion.

Both Walt Disney Animation Studios and Pixar Animation Studios have continued to push the boundaries of what’s visually possible in the aquatic medium to this day with the recent releases of Finding Dory and The Good Dinosaur. No matter how troubled the latter’s production may have been, its landscapes almost make Avatar look dated, and nothing looks better than the water. James Cameron went to the bottom of the ocean in Deepsea Challenger to do research for his 2018 sequel, but he could have saved himself an incredible amount of money if he just picked up the phone and gave Edwin Catmull or John Lasseter a call.

That boat had better be as sturdy as a rock. Photo credit Walt Disney Animation Studios.

Moana will tell the tale of a young woman and her journey across the ocean, aided only by her own skill, a demigod and a chicken. In the new trailer, the animation team’s skill is apparent as they create massive storms, awe-inspiring naval battles and fiery titans across the Pacific Ocean to challenge our young hero. It won’t be as photo-realistic as the environments in The Good Dinosaur, but it doesn’t need to be. We need to wait until November 23 to see directors Ron Clements and John Musker’s completed vision, but for now we have two and a half minutes of jaw-dropping beauty to whet our appetites.