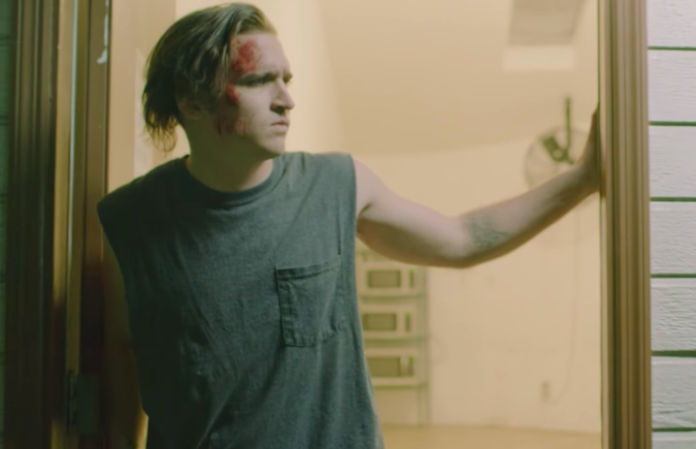 LA's Ghost Town are debuting their new music video for “Hell,” right here on AP. The track is off their five-song EP, In The Flesh, out early January on Haunted Youth.

“In this video, the characters are in their own unique version of hell,” says vocalist Kevin Ghost. “I’ve always been intrigued by the theory that when someone dies in a traumatic scenario, they are trapped in a time loop and their residual energy stays behind in the form of a ghost to haunt the location that they died in—kind of like an unfinished business type of thing. [Laughs.]”

Kevin Ghost hopes listeners realize the song itself goes far beyond that concept, though.

“The general idea of the song is about everyone having that angel and demon sitting on each of their shoulders and the struggle between good and evil from within a person,” he says. “You don’t have to die to be in hell, you know? The song resolves with the fact that sometimes you have to fuck up to be able to learn and grow.”

Filmed in an industrial part of LA, Kevin Ghost says there were “lots of good twists and turns while running around chasing this girl.”

Ready for it? Watch “Hell” here: