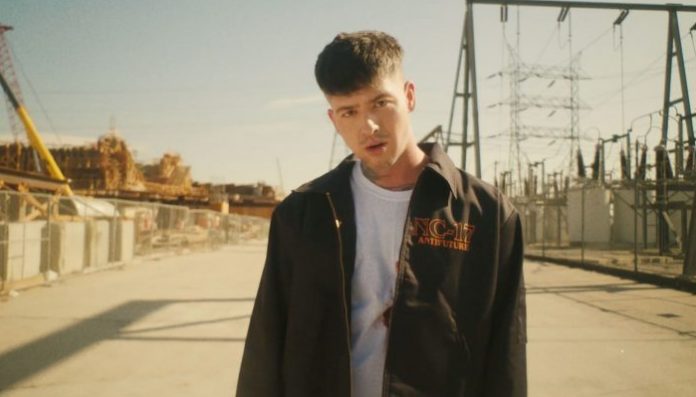 When Travis Mills and Nick Gross were putting the final touches on their pop-punk project girlfriends’ debut this year, they realized it was missing something. It needed one more uptempo track. And they needed a girl’s name in the title, almost like Forever The Sickest Kids or other bands Mills’ grew up on.

That conversation between the artist formerly known as T. Mills and Goldfinger’s drummer led to an even crazier idea.

Read more: 50 most anticipated albums of 2021 in alternative, metal and beyond

“I was toying with the idea of how funny it would be if we wrote a song about Kendall Jenner or something and quickly realized that not a lot rhymes with Kendall,” Mills says. “I swapped it out and went into [producer John] Feldmann‘s front yard and just was jotting down things. I came back, and we had the verses of the song done.”

While the rhyming would’ve admittedly been tough with the supermodel’s name, the guys instead landed on the track title “Jessica.” The high-energy song comes from their latest self-titled album, released in October. And its video, directed by Effy Kawira, is premiering today exclusively on Alternative Press.

The pop-punk duo caught up with Alternative Press to discuss their new video, fan reactions to their new record and their recent livestream show from Los Angeles’ The Roxy Theatre.

Where and when did the idea for “Jessica” come to life? I’d imagine it was during those lockdown studio sessions you shared for the record.

TRAVIS MILLS: I think “Jessica” came toward the end of the record, to be honest. We were in the studio. We had a bulk of the record done, and we were listening through everything that we had recorded. And we’re like, “What is this missing?” And we wanted something a little more uptempo, a little faster. And we started jamming. And I was like, “Yo, I’ve never written a song with a girl’s name in it.” I thought back to the bands that I was super into when I was a teenager—like Forever The Sickest Kids had that song “Hey Brittany.” I was like, “Yo, that’d be sick for us to have a song like that.”

The garage-band backdrop in this video is something we haven’t seen a lot of recently. Did you try to think back to some of the visuals you grew up on for this video as well?

MILLS: That’s where Nick and I started. We didn’t start together, but we were both doing the same thing, just in different places. And so it was cool to bring it back to where it all began for us, where it’s really just like a couple of friends with a shitty garage trying to do something. And it’s paying homage to where it all began for us. Some lonely kids stuck in the West Coast with nothing else to do, which is literally how we felt making the record. We really had nothing else to do but sit in a room and make music together. When we put that in the treatment, we just thought it worked.

And whose idea was that heart prop in the video? How do you bounce around these visual elements?

MILLS: We got to work with this incredible director, Effy. And it was the first time that we’ve done a music video [solely] directed by a woman. We loved her work. We loved her reel, and we loved what she brought to the project. It was cool because with a song like “Jessica,” to have that female perspective on what a video would look and feel like. She just knocked it out of the park, and she was very specific and collaborative at the same time.

NICK GROSS: The heart piece is the coolest part of the video to me. It ends the video on the exciting part. [It] gives it that rough, edgy, badass ending to this video. I think just having this thing end with a weird “aha” moment is going to make people really gravitate toward the video and hopefully watch it again.

How do you feel the album has gone over since the October release? Is it what you’ve hoped?

MILLS: I don’t think we really had any expectations because it is the fucking weirdest time to drop an album. Usually we would have put this record out, and Nick and I would have packed our things up and been on the road for three, four months. It’s bittersweet because we worked so hard on this body of work, and the anticipation was so high for us. And then you put it out, and you’re just sitting back at home because everything is fucking closed. It’s like, “Well, what do we do next?”

But at the same time, you’re seeing the tweets. You’re seeing the DMs, and you’re getting text messages about how these songs are resonating with people. And it’s really fucking cool. Especially for me, not having put out music in three or four years and the amount of people that reached out to me. Other artists, other producers and people that I’ve known from my solo project were like, “This is the best music that you’ve ever made.” That feels really fucking good. But at the same time, there is this hunger. There is this want and desire to go out on the road and see in person how these songs resonate with people and the energy that they can bring in a venue.

What was it like to finally perform together, albeit virtually, last week at The Roxy? Nick, you mentioned that being the first venue you ever performed at.

GROSS: [During] that first performance when I was 13, I think we played for four people at 11:30 p.m. on a Tuesday. And it was the best thing ever, a highlight of my life type of thing. But it was definitely cool to, at this point in time that we’re at right now with COVID and just with the world being so crazy, have that be the venue to showcase what this new project is. I think this is definitely an ode to a great venue that deserves respect and a venue that Travis and I played a bunch before.

Did it help that hunger to perform?

MILLS: It was just so refreshing to be in a green room backstage and do a soundcheck and then perform and get sweaty. And to perform all these songs and get to see the reception of everyone watching this thing together. But at the same time, it’s like, “Fuck, I want to do it again.” Like, “What are we doing today?” It was definitely weird emotionally because, after a good show, you can’t wait for the next one.

Check out girlfriends’ latest video below.