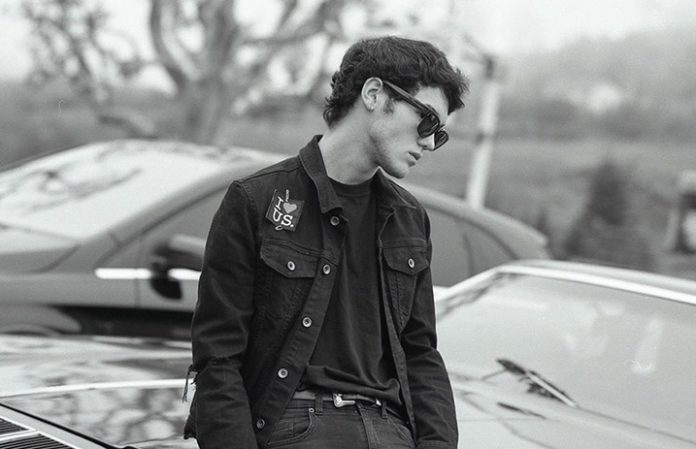 Canadian singer-songwriter/producer Goody Grace has toured with the likes of Hoodie Allen and LANY and boasts collabs with gnash and Jesse Rutherford of the Neighbourhood. And that's all before sharing his first official release.

Tonight, Goody is exclusively streaming his debut EP, Infinite, ahead of its release tomorrow. Encompassing everything from hip-hop and folk to airy pop and punk, Goody’s release spans the creative and experimental spectrum that helped him make his mark as an artist in the first place.

“If you sit and listen to Infinite, it's a cohesive experience, and that’s what I’m always trying to convey in my music,” Goody explains. “It all comes from the same place creatively, but… I’ve gotten way more confident and understand what I feel my strong points are.

“I’ve been playing music for a long time and dabble in a lot of different styles, and I’ve made some songs that are more rock or more acoustic or more hip-hop. Through creating a project, I forced myself to find a balance and the exact sound that I want.”

Goody's Infinite influences range from blink-182 and My Chemical Romance to Johnny Cash and Tom Waits. (In fact, he covers Johnny Cash’s “Man In Black” on the release.) Not to mention, the EP features collaborations with gnash and Lil Aaron, who just so happen to be two of his closest friends.

Talking more about that Lil Aaron collab for “In The Light Of The Moon,” he laughs, saying the two had actually just hung out.

“He’s a great friend of mine,” Goody says. “We were reminiscing on how long we’ve known each other. We had a photo of us, and I think I was 16 and he was way younger—he didn’t have green hair.

“I’ve known him through mutual friends for a long time, but we’ve always had this similar style. A kind of modern evolution of music like blink-182. We’ve always had a bond over our influences and how we want our music to sound.”

He explains that the collab came about so naturally—he made a beat, wrote the verses and sent it to Aaron. They got in the studio together, and it seemingly just came to be.

“I’m super happy because sonically we just sound really good together, and our thoughts are kind of in the same place,” Goody explains. “We ended up being great pairing.”

Since the beginning, it’s always been about those tight-knit relationships, whether it be with fellow artists or with fans. Moving from the middle-of-nowhere Canada to LA at 17, he got his start touring up and down the West coast with gnash to a hundred or so fans in parks. (“My first real tour when I first came to LA was with gnash. I would tweet and say, ‘We’re gonna play in this park at this time,’ and around 100 kids would come out.”)

And now he's getting ready to embark on his first headlining tour, noting his excitement of playing his hometown for the first time ever. He can't help but feel like his hard work has paid off. And by the looks of it, this is only the beginning.

“After Infinite is out, I’m just going to keep releasing music consistently,” Goody says. “I’ve been so quiet for so long getting prepared for what’s about to come, and I think Infinite is really going to kick down the door that’s going to stay open.”

Stream Infinite now, and check out his full list of tour dates below. Tickets can be purchased here.