Here’s your ultimate goth guide to survive the summer inside

Tips and accessories to perfectly avoid the sun in style.

Summer is that special time of year where days are longer, the sun is brighter and the sound of ice cream trucks can be heard cruising through every suburban neighborhood along with the giggling of children as their feet pitter-patter on the sun-kissed pavement, racing to get their favorite treats. Lightning bugs illuminate the hot night as young summer love blossoms and begins anew…and it’s all absolutely miserable.

If you’re anything like us, the best place to spend summer is inside—conducting a séance or watching Nosferatu for the millionth time. But like it or not, summertime is an unstoppable force. This is a guide for the pale-skinned set—the enemies of the sun—who only wish to get through three scorching months in style so they can finally pick out a damn Halloween costume.

Read more: Which ‘Supernatural’ character are you based on your music taste? 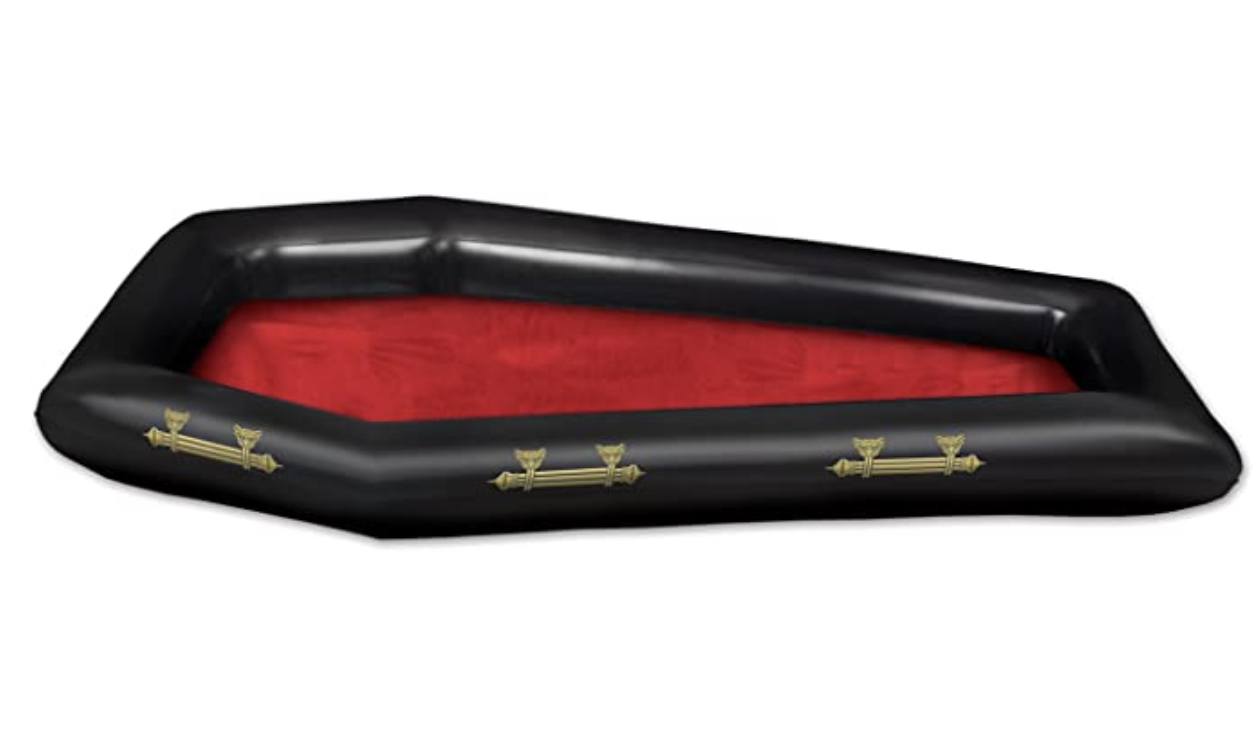 A coffin-shaped cooler is a must-have poolside accessory for every beach bat—perfect for keeping soda, snacks and blood ice cold on a hot day! Imagine the look on your lame-ass uncle’s face when you show up to your family reunion chilling cherry Kool-Aid and Bomb Pops in an inflatable casket. He’ll do a double-take and maybe even be shocked enough to spit out a mouthful of light beer swill as you proudly take the title of your family’s “black sheep” while beaming Bela Lugosi vibes.

Ink & Dagger frontman Sean McCabe said it best in the lyrics to the song “Crawler” when he wailed out: “Nighttime is the best time.” Let’s face it: The sun sucks. There’s nothing worse than walking outside on a mid-July morning Starbucks run and having your retinas bleached with the violent rays of an unforgiving, smoldering blob of intense light. Make every sunny day as dreary and dark as possible! Sunglasses are a year-round goth staple and the premier way to keep the sun out in style while looking like one of The Lost Boys in a pair of classic Ray-Bans. Nothing complements a jet-black bikini like some wire-framed circular shades and a look of contempt for any poor soul trying to work on their tan. After all, if it doesn’t involve a funeral home, there’s no fun in “laying out.” 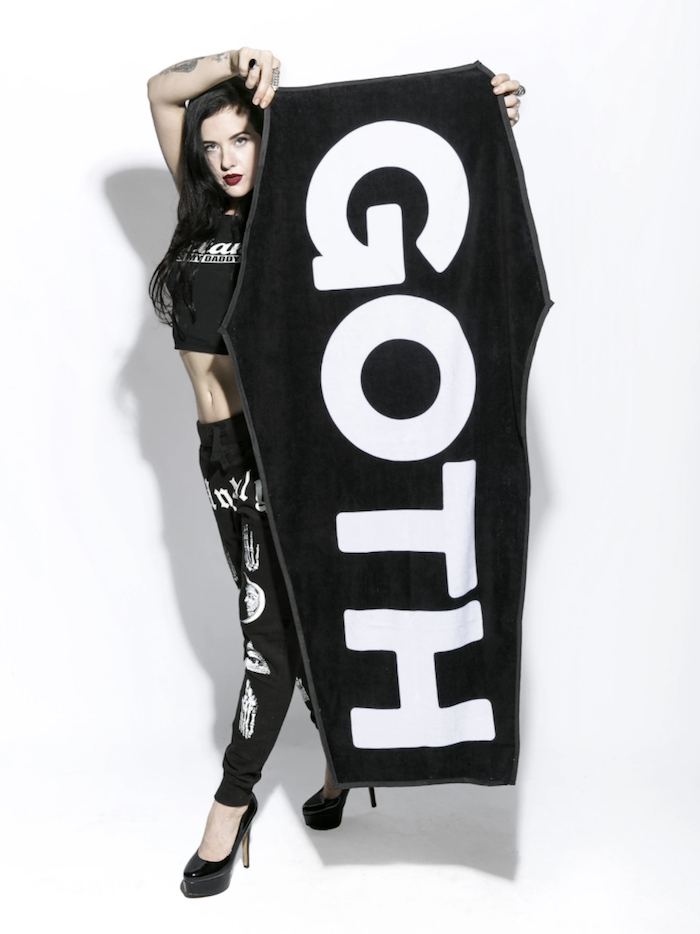 Blackcraft offers a cool-as-a-crypt beach towel in the shape of an old-school coffin, and it’s truly everything your little goth heart desires. Imagine yourself poolside, watching all of the normies enjoy their summer day, or whatever, as you read a little Edgar Allan Poe on this bad boy…

Mixing surf-rock vibes with macabre lyrics, the Growlers are sure to be in heavy rotation at your next pool party. They have an album titled Hot Tropics. What in the hell could possibly be more goth than that? Picture this: It’s a late August night. The sky is sweating with humidity as you pour yourself a third cup of pitch-black nighttime coffee into a skull-shaped glass you bought on a post-Halloween clearance binge and have since convinced your significant other that it’s a “year-round” glass. You just dropped the needle on a vinyl copy of the Growlers’ 2014 LP, Chinese Fountain, and the spooky wash of their self-described “beach goth” settles the rattling worry in your bones, and you finally feel like you found it. Summer. Warm, gentle summer. The kind of summertime you see the normal folks in your neighborhood enjoying so easily, with their Kenny Chesney songs blasting and fountains of hard seltzer flowing, but you could never find it for yourself until now. The night hours bleed into beautiful darkness as the record continues to spin, and by sunrise, you will have been privy to the perfect summer night. 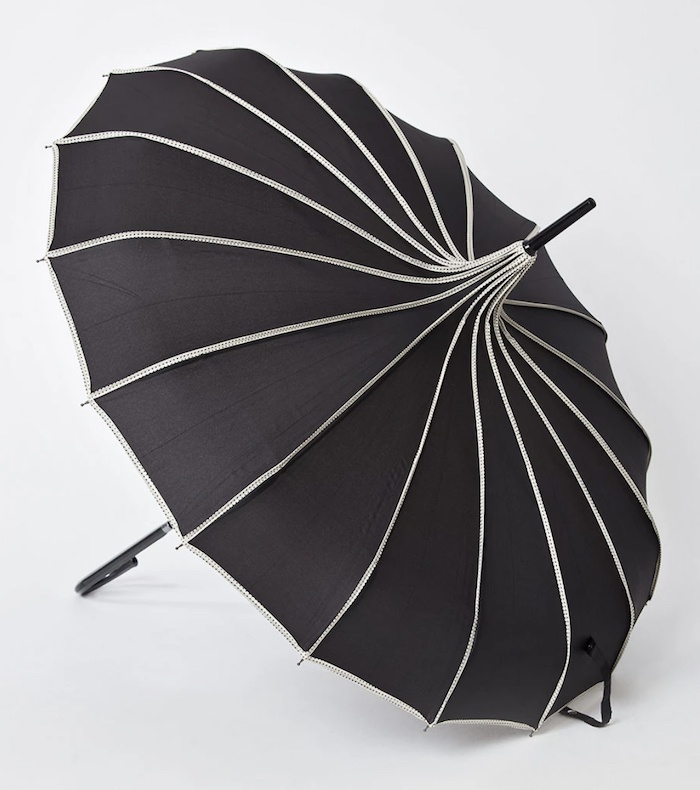 Nothing conveys contempt for a summer day quite like a parasol. It’s the ultimate middle finger to the achingly warm rays of the sun and a perfect way to keep your skin pale until Halloween. The parasol is the ideal accessory to transform yourself into a The Gashlycrumb Tinies cover star and radiate your gloominess all over town. 666 goth bonus points if you recreate the beach scene from Sweeney Todd: The Demon Barber Of Fleet Street while wearing a striped bathing suit.

Social interaction is often unavoidable in the summertime. Even in the age of social distance, you’re bound to get a Zoom invitation from a family member eager to have a quarantine barbecue, so it’s always a good idea to have a festive button-up in the closet. Now, you can approach this a few ways. There’s certainly nothing wrong with pairing your Dr. Martens and black skinny jeans with an unbuttoned traditional Hawaiian shirt over an old-school AFI T-shirt to create an ironic “summer fun” look. This is a great way to let your family know you’re down to party, but you’re only a layer of clothing away from throwing down in the pit. However, there are other, more subtle, options. Companies such as Creepy Co. offer up graphic button-ups that feature classic movie monsters, Goosebumps, The Evil Dead and Halloween prints. If you have to make small talk over burgers, you may as well rep a summer camp slash fest! 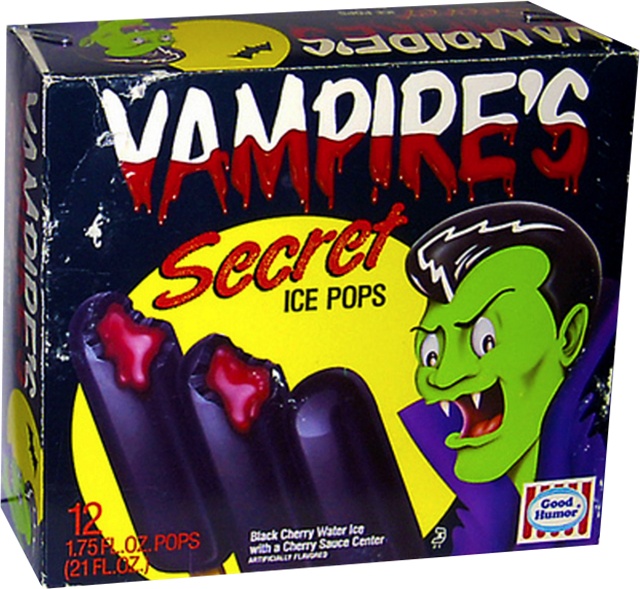 In the early ’90s, the Good Humor company gifted every elementary school goth kid who darted for the ice cream truck whenever they heard the blaring instrumental version of “Do Your Ears Hang Low?” with a superb summer treat. Vampire’s Secret Ice Pops were jet-black popsicles filled with cherry sauce. They immediately turned your mouth black-as-a-bat-cave and made it look like you were slurping down the blood of every kid in the neighborhood who was content with a simple snow cone. They were sadly discontinued and slowly disappeared from frozen treat aisles until they were completely gone by the early 2000s. Vampire’s Secret’s legacy will live on in the icy hearts of every goth who grew up dreaming of being the Dracula of their sandcastle as the greatest frozen treat of all time.

Don’t you ever let anyone tell you otherwise—hot black coffee is, in fact, a summer drink. Nothing on this Earth pairs as well with a rainy summertime day and the Cure’s Disintegration on vinyl quite like a fresh, steaming cup, or pot, of black coffee.

Russia’s Messer Chups will make you want to hop out of your coffin, grab your surfboard and catch some waves. Positively drenched in reverb and sleazy sound effects of wolves howling in the night, Messer Chups are what you would get if you crossed Dick Dale with Dawn Of The Dead. The quintessential soundtrack to every poolside monster mash, and perfect for anyone who’s ever enjoyed the cool factor of the Ventures but longed for a little spookiness or an edge of danger, their 2002 LP, Black Black Magic, will complement your surfside séance in just the right way. 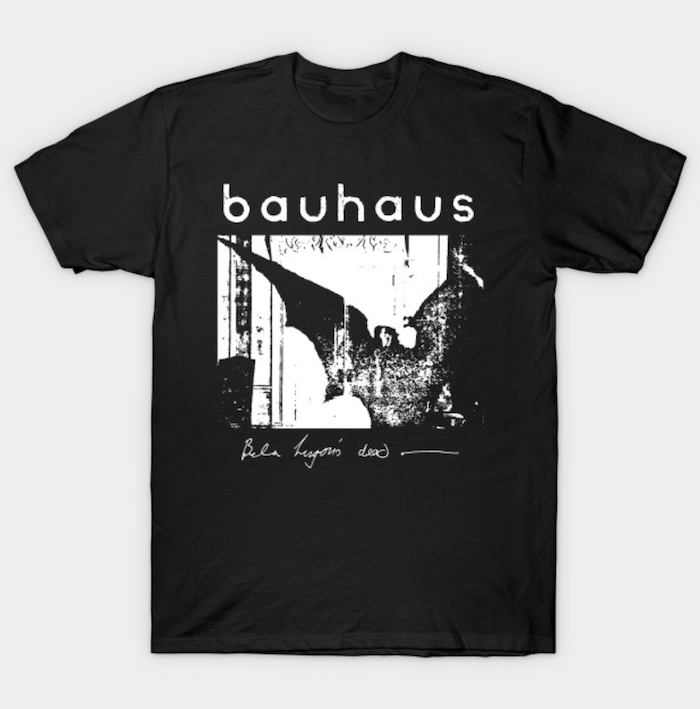 Simply stated, goths don’t give a fuck if it’s hot. Black clothes are an obvious must, even if it’s 95 degrees and sunny out. Buy that band tee with the severed head on it and proudly wear it on your family vacation to the Grand Canyon. Some of the most cherished memories of your life will take place on a glorious summer night—dont be dressed like a square. Who cares if you get sweaty? After all, nothing camouflages pit stains like a black the Damned hoodie. Do you really want to look back on the summer of 2020 as the best time of your life only to have it tainted by remembering that you wore something other than a Bauhaus T-shirt and black shorts? No, dress in black. You’ll thank us later.