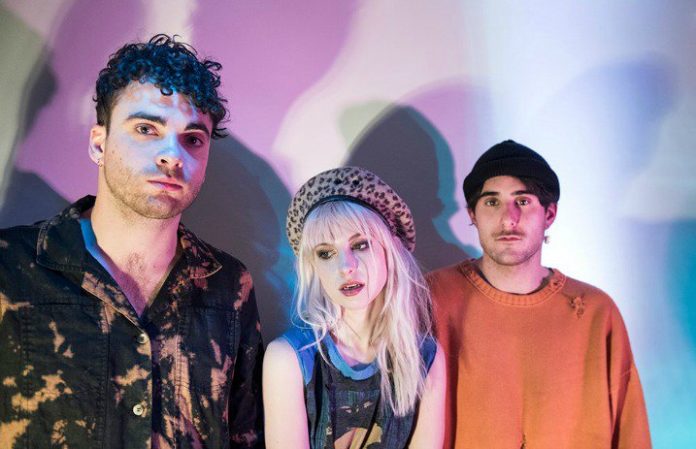 At first glance, the 2018 Grammy nominations’ main categories were filled with great options, any of whom could confidently win the award and not have it come as a surprise. More than anything, the candidates cited  appeared to be a well-curated list of what turned into a spectacular year for music.

Read more: The 2018 Grammy nominations ignite a big paradigm shift for the scene

In the record category, certain songs were left off the table in favor of other tracks from the same album–“DNA” is the best song on Kendrick Lamar’s DAMN. and it’s not even close–the list of nominees appeared to grab top-tier talent from across the board. And then you begin to notice the names left off.

We’ve seen plenty of snubs at the Grammys: Beyoncé lost out to Adele in Album, Record and Song of the Year just last year; Kendrick Lamar’s To Pimp A Butterfly lost to Taylor Swift’s 1989; Kanye West’s My Beautiful Dark Twisted Fantasy didn’t even receive an Album of the Year nomination.

This year, the voters added one more name to the Snub Hall of Fame, as well as a few that, while surprising, aren’t quite as terrible.

New album, new sound. Paramore’s After Laughter took a step back from the band’s more traditional hard-rock feel and leaned heavily into sounds that fit with the much lighter pink, blue and yellow cover of the album. This deceptively happy and colorful exterior contained 12 tracks where lead singer Hayley Williams opened up and expressed heartbreak and personal growth, highlighted with the one-two punch of “Fake Happy” and “26” that, while stylistically different from past classics like “Misery Business,” “Ignorance” and “Ain’t It Fun,” belong in the band’s eventual Greatest Hits album.

Mere weeks after being named to Forbes’ 30 Under 30 list, Williams, along with her bandmates Zac Farro and Taylor York can only sit in the crowd for this year’s award ceremony. Failing to pick up a single nomination after “Ain’t It Fun” won the Grammy Award for Best Rock Song just four years ago is nothing less than a snub.

A Tribe Called Quest, We Got It From Here… Thank You 4 Your Service

This is, without question, the loudest snub of them all. After delivering a spectacular performance at least year’s Grammys, A Tribe Called Quest’s latest album, We Got It From Here… Thank You 4 Your Service, is nowhere to be found on the 2018 list of nominees. One of the group’s members, Q-Tip, posted a brutally honest series of videos on Instagram where he called out the Recording Academy Voting Members for failing to nominate their album after they put on a politically charged and powerful performance alongside Anderson .Paak, Consequence and Busta Rhymes in 2017.

“You get us to get out there and perform last year and close the shit and you don’t get us no fucking nominations?” asked Q-Tip in one of his videos.

Q-Tip started his first video congratulating the nominees. “Respect to everybody who’s nominated and all that, but whatever, I’m speaking for mine.”

This year’s nominees, across the board, are well-deserving musicians. That’s not the issue here. A Tribe Called Quest put out an all-time great album with iconic tracks from beginning to end, put on one of the best performances at the Grammys and still came up without a nomination.

Vince Staples’ second studio album, Big Fish Theory, should be, at the very least, nominated for Best Rap Album. Staples has only been dancing in and around the spotlight for a few years, and odds are that he’ll be fighting for a nomination for years to come. He took to Twitter to express his feelings about his name not showing up among the nominees, tweeting, and later deleting, “Look, you don’t get the point. The point is they not listening to that much n***a music so if I’m selling 30k I don’t got that good of a shot.”

Low sales means that not enough people had the chance to hear this album, likely leading to minimal support from the Recording Academy Voting Members. Staples’ name is becoming more and more recognizable as the days go by, so this may be the last time he doesn’t have the notoriety to move a massive number of albums.

Halsey earned her first Grammy nominations last year as a featured artist on Justin Bieber’s Purpose, nominated for Album of the Year, and for performing “Closer” with the Chainsmokers, which was nominated for Best Pop Duo/Group Performance. Her second album, Hopeless Fountain Kingdom, was her first to crack into the U.S. Billboard 200, and the single “Now Or Never” was her first to enter the Billboard Hot 100 as a lead artist.

Greg Kurstin, the producer of “Strangers,” one of the tracks off her album, was nominated for Producer of the Year, Non-Classical, but Halsey was only one of the artists Kurstin worked with this year to earn that spot. Her sophomore album was heart wrenchingly beautiful and deserves a place among the nominees on its own merits, not just on the work of one of its producers.

After earning a nomination for Best Alternative Music Album in 2015 for This Is All Yours, alt-J’s third studio album failed to earn a spot in 2018. Part of the reason may be that this year’s RELAXER only included eight songs, making it look more like an EP than a proper studio album.

It was sad to see six fewer songs this time around–both This Is All Yours and An Awesome Wave featured 14 songs–but that doesn’t change the fact that this band has continued to produce fantastic music that deserves a spot on the most prestigious award show lists.