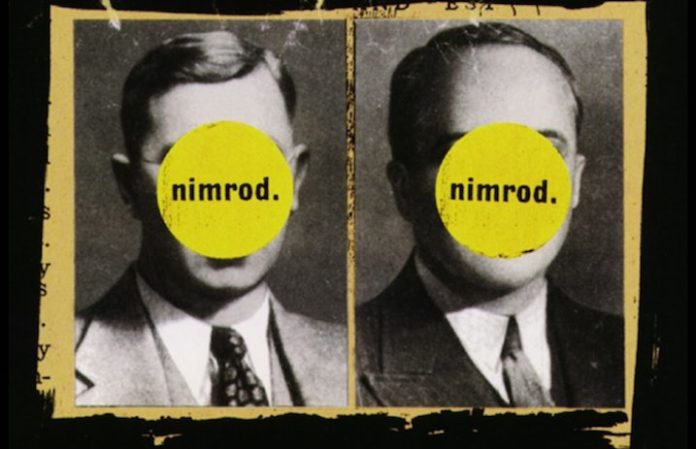 Twenty years ago, Green Day released Nimrod, the sprawling, genre-hopping masterwork best remembered for the acoustic campfire ballad “Good Riddance (Time of Your Life),” which became one of their biggest hits and a lifelong concert staple. But Nimrod’s legacy extends far beyond this track—if not for this album, Green Day might not exist today.

Or rather, they might not exist in the same capacity. The Bay Area trio—singer/guitarist Billie Joe Armstrong, bassist Mike Dirnt and drummer Tré Cool—found themselves in a precarious commercial position by 1997, just three years after their major label debut, Dookie, rocketed them to global stardom with sugary, snarky pop-punk anthems like “Basket Case” and “Longview.” The band railed against their newfound success with Insomniac, a 30-minute sucker punch that seethed with self-loathing and distrust but lacked the self-aware humor that made its predecessor so infectious. It was a hard-rocking and markedly darker record, peaking at No. 2 on the Billboard 200 but drastically underselling Dookie, and there loomed a sense that if Green Day didn’t challenge the status quo on their next album, the decade’s reigning punk revivalists would inevitably fall by the wayside.

Rather than rest on their laurels, the band holed up at the Sunset Marquis Hotel in Los Angeles for four months and indulged their every musical whim, channeling experimental punk luminaries and personal idols, the Clash. In doing so, Green Day made a record that, while not an immediate commercial smash, reinvented them as a band willing to take any musical risk and work through their personal turmoil in painstaking detail—a combination that later turned them into one of the biggest rock bands in the world for the second time.

Nimrod kicks off fairly innocuously with the snarling “Nice Guys Finish Last,” quelling any worries that Green Day had lost their knack for punchy riffs, sardonic wordplay and anthemic choruses. But the fun quickly dissipates, as Armstrong cops to his struggle to stay sober on “Hitchin’ a Ride,” which sports an ominous, Stray Cats-inspired shuffle and razor-sharp one-liners. The frontman had previously broached this topic on the snotty, defiant “Geek Stink Breath,” where he boasted of “I'm blowing off steam with methamphetamine,” but there was nothing celebratory about his tone here. By the time Armstrong hits the bleak chorus—“Troubled times, you know I cannot lie/I’m off the wagon and I’m hitchin’ a ride”—he doesn’t sound hedonistic; he sounds desperate.

Similarly, “The Grouch” emphasizes the band’s penchant for self-deprecation but with a more nihilistic bent. “I was a young boy that had big plans/Now I’m just another shitty old man,” Armstrong sneers, sounding worlds apart from the sexually repressed slacker he portrayed on Dookie. The singer was only 25 upon Nimrod’s release, but he was already strapped with the burden of leading a successful (but waning) rock band while also trying to be a good husband and father. On “Longview,” Armstrong was too stoned and fixated on the TV to peel himself off his Velcro seat; on “The Grouch,” he’s too miserable to even try to get off the couch.

Nimrod’s opening triage hints at Armstrong’s turbulent personal life, but “Redundant” marks Green Day’s most drastic musical departure. It’s a tender, bittersweet lament to a love gone sour that coasts on jangly, Byrds-inspired guitar chords and disarmingly plaintive vocals. When Armstrong sings, “Choreographed and lack of passion/Prototypes of what we were,” he’s taking stock of a crumbling relationship—but he could just as easily be expressing his fear that Green Day had exhausted their creativity.

This romantic and existential dread peppers the bulk of Nimrod, proving that Green Day never outgrew their teenage angst—they just learned how to express it in a more nuanced way as their problems became more serious. Armstrong methodically checks off his laundry list of woes one-by-one: He “forgot his purpose in this life” on “Scattered,” suffered “another sentimental argument and bitter love” on “Worry Rock,” and he “fucked up again/It’s all my fault” on “Jinx.” These stark admissions foreshadowed the huge leaps Armstrong would soon make in his own songwriting, from the folky confessionals of Warning to the stadium-sized emo anthems of American Idiot.

Still, Green Day was a punk band first and foremost, and a ridiculously talented one at that. Years of relentless touring had refined the group’s furious attack—particularly Dirnt and Cool’s stunning rhythmic interplay—and “Platypus (I Hate You)” and “Take Back” rocked with an airtight precision that would have eluded them two years prior. These were the gut-busting ragers that every hopeful teenager at 924 Gilman Street, Green Day’s old stomping grounds, dreamed of writing; and they paved the way for the band’s future muscle-punk anthems such as “St. Jimmy,” “Horseshoes and Handgrenades” and “Let Yourself Go.”

Of course, Nimrod wouldn’t be worthy of any retrospective think pieces in the first place were it not for one song seemingly tacked onto the end of the album: the aforementioned “Good Riddance (Time of Your Life).” The ballad appeared on the Seinfeld series finale in 1998—a decidedly un-punk move at the time—and has been immortalized through countless youth group talent shows and high school graduations. “Good Riddance” exposed a whole new audience to Green Day and completely shattered any attempts to pigeonhole their sound. It’s an earnest, deceptively cynical kiss-off to a failed relationship that cemented Armstrong’s status as a master balladeer, a status he would later reaffirm throughout on mega-hits like “Wake Me Up When September Ends” and “21 Guns.”

Some purists cite “Good Riddance” as the moment Green Day “sold out” and passed the point of no return. But the song was hardly a cash grab: On the contrary, Armstrong wrote it seven years earlier and could never figure out what to do with it. The band wisely shelved it during the Dookie recording sessions, and by the time they recorded Nimrod, they had ridden the roller coaster of fame long enough to finally identify with Armstrong’s wise-beyond-his-years lyrics. Green Day had accumulated a lifetime’s worth of “photographs and still frames in their mind” and “tattoos of memories and dead skin on trial”—now it was up to them to decide if “it was worth all the while.”

Taken at face value, “Good Riddance” stands out from the rest of Nimrod because it’s literally the album’s only acoustic song. But each of the record’s 18 tracks has its own unique identity, which together form a snapshot of a band trying to work through its growing pains in public. In doing so, Green Day made their transition from a bratty gang of punks who had an unexpected brush with stardom to a world-class rock band capable of writing songs that resonated across multiple generations of listeners.

Obviously, Green Day fleshed out their sound during this transition, but they sacrificed none of their credibility along the way. The most punk rock thing about Nimrod is they were brave enough to even try.