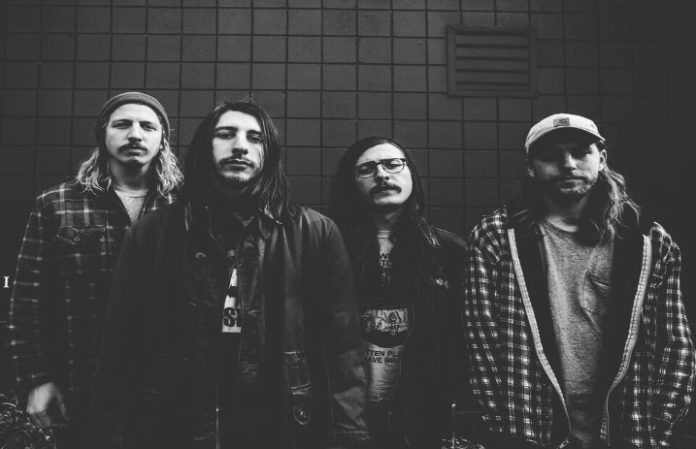 Big things are happening for progressive metal band Greyhaven. Today comes the announcement of their signing to Equal Vision Records and Graphic Nature for their sophomore album Empty Black. AltPress has an exclusive first listen of “Echo And Dust Pt. 1,” the first single from their forthcoming LP.

Vocalist Brent Mills comments on the the new single saying, “We chose 'Echo And Dust Pt. 1' as the first single in part because we felt like this song kinda encompasses everything we tried to do on the record in one swift motion, and also because it just felt like the song that stood out as being an obvious introduction into our world as this band.”

Mills wanted fans to see “subtle themes about the fleeting nature of life and time that weave in and out of the song,” and although this isn't the direct message of the lyrics in “Echo And Dust Pt. 1,” it's the vibe Greyhaven wanted to get across to their fans.

Greyhaven are signing with Equal Vision and Graphic Nature for their new album. “They've been a label we've dreamed of working with for a really long time,” Mills says. The band are highly influenced by other bands on the label such as Circa Survive, the Sound Of Animals Fighting and Say Anything, Mills says.

You can preorder the album Empty Black here, or wait for its release March 16. You also can catch them on tour with Norma Jean, Gideon and Toothgrinder.

UPDATED: Many more dates have been added to the Redeemer tour with @normajeanband @gideonal and @toothgrinder_usa! Tickets on sale at Normajeannoise.com. Music coming soon.