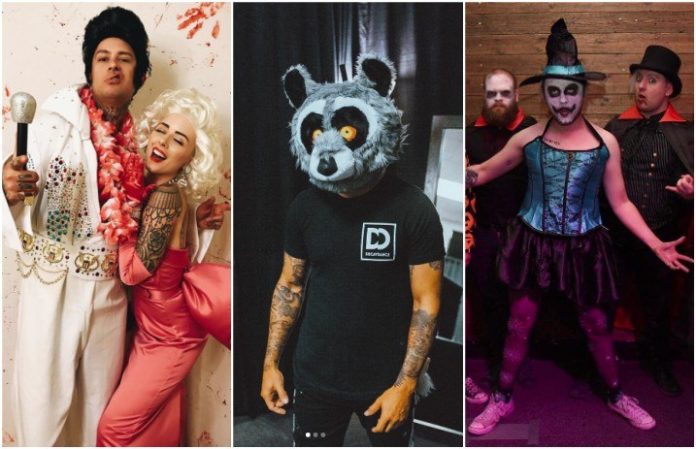 While you guys were out celebrating Halloween this past weekend by going to parties and trawling the streets in search of tricks and treats, here at AP, we were glued to social media: checking in on your favorite bands and seeing how they were marking the spookiest time of the year. Below you’ll find everyone from All Time Low to Avril Lavigne dressed up in all manner of whacky costumes. And this is just the start! We'll continue updating this list as more get posted.

Now, pass us that bag of candy…

Hands down the best Halloween costume I have ever worn! Thanks @marysemizanin for lending me your actual @wwe outfit!! & #intercontinental #heavyweightchampionship belt courtesy @mikethemiz

Avril and friends looking spooky (it would’ve been better if someone was dressed as a Sk8er Boi, though).

We’re not sure what’s going on here…

When he’s not facing off against Batman, Two-Face plays some banging pop-rock in As December Falls.

Last chance to dress up in North America. Happy Halloween. ����

Is anyone else all of a sudden craving a banana?

Ah, that famous trio: Bowie, Harry Potter and a fox…

Halsey had a classy Halloween.