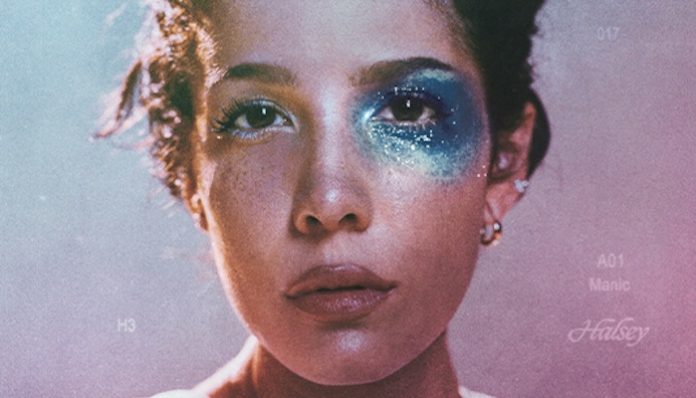 Halsey is gearing up to drop her highly anticipated third album, Manic,  Jan. 17, and we are jumping in our seats in anticipation.

While we’re always excited for new music from the artist, this album truly feels like it’s so meaningful to her. And it’s probably because of all the hype she’s been building leading up to it.

Because we can’t keep it to ourselves, we’ve narrowed down 10 reasons why we are excited for the album. From her already-released singles to her major 2020 touring plans,  check them out below.

1. When she said it was better than Badlands

As Halsey geared up for the new era, the vocalist continued to answer fans’ questions and speculations of the then unannounced album. A few weeks after her first BTS collab “Boy With Luv,” Halsey let a few fans know it would be better than her beloved debut Badlands. However, adding to it, she also revealed what would become Manic was full of songs just like “Gasoline.”

2. When she bid farewell to hopeless fountain kingdom with some major teasers

“2 intimate homecoming shows” means a lot of things. Webster Hall is where I played my first headline show in New York. It’s where I grew up attending concerts. Badlands is where I found myself; and HFK is where I found myself again. When I stray too far from home, I return to you every single time. NIGHTMARE is coming May 17th and I’ve waited so long to see you. sweet dreams. 📷: @donslens

Prior to releasing new music, Halsey had to say goodbye to her last album. She performed two intimate shows last May where she played her albums Badlands and hopeless fountain kingdom in full, one each night. Around this time, she was also doing some sketchy stuff on social media that had us wondering if new music was coming until she finally announced her single “Nightmare.” While the song won’t be on the new album, the vocalist definitely got fans stoked with new music as she transitioned to the next album era.

3. When she told us to expect the unexpected

whatever you’re expecting it to be, it’s not gonna be that. no matter how smart / on-to-me you think u are 😉

After dropping the first track, Halsey was having a field day teasing her fans. They got a taste of Manic and wanted more, but she let us know that it was going to be unexpected. Also, she said the album was going to be “less dystopian fantasy world and more like, ‘This is what I’m thinking right now: ‘The world sucks. Fuck,’” which only got us more pumped.

Read more: Bring Me The Horizon drop Halsey collab on surprise ‘Music To Listen To’ EP

4. When she debuted “Graveyard” at Rihanna’s fashion show

During Rihanna’s Savage x Fenty show, fans got to hear “Graveyard” for the first time and instantly fell in love. However, there were no phones allowed at the gig, so those who weren’t in attendance were left with vague descriptions about what it could sound like, which drove us crazy. We’re sure this was just the beginning of the surprises of the Manic era.

5. When she announced the album on her own terms

Finally, she released “Graveyard” to the public in September and let us know that her next album was coming very soon. Prior to the premiere of the “Graveyard” video, Halsey gave fans a sneak peek at her creative process where she spent over seven hours painting a beautiful self-portrait that doubles as the Manic album cover, which was basically the most Halsey album announcement ever.

6. When she announced a tour with Pale Waves

Then, not only were we treated with news of a Manic world tour, but she revealed Pale Waves would be supporting her on the first leg. Basically, it was a dream come true, and we can’t wait until more tour legs are revealed.

7. When she celebrated her birthday with a single

Exactly 25 years ago to this moment I was born. I wanted to celebrate today by sharing a new song called “clementine”🍊and a cute lil video for it that i made with my brother Sevian. Enjoy 🙂 https://t.co/1HkK3HIJrc

To honor turning 25, Halsey dropped “clementine” featuring her dancing with her brother Sevian Frangipane in an aquarium. It was less hyped than the other singles she had dropped, which only made us love the surprise more.

8. When she performed “Graveyard” at the AMAs

It's crazy when the thing you love the most was that @halsey performance ✨ #AMAs pic.twitter.com/pN6bRFfr4N

At the AMAs, Halsey performed an interpretive dance to “Graveyard” while showing off her vocal chops. She channeled her video for the track and painted the fellow dancer and herself while singing. The vocalist has continued to embrace the paint theme throughout her awards show performances and obviously the album reveal, which we hope she brings to her tour.

9. When she dropped two singles, including a BTS collab

A little over a month before the album’s release date, she released “Finally // beautiful stranger” and her collab with BTS‘s SUGA, “SUGA’s Interlude”. “Finally // beautiful stranger” includes a powerful music video exploring the dichotomy of fame and love in an old-time club. While the Bring Me The Horizon collab didn’t end up on Manic (but rather the band’s EP), Halsey revealed the SUGA collab was the first of many on the album. Teaming up with Dominic Fike (“Dominic’s Interlude”) and Alanis Morissette (“Alanis’ Interlude”), Halsey revealed that each collab represents a different part of her personality. If anything, Halsey’s videos kept proving that she didn’t come to play in the H3 era.

10. When she was announced as Saturday Night Live’s first 2020 musical guest

🔜 See you next year! 🔜 pic.twitter.com/rvaU3PgBeX

Halsey will perform on SNL for the third time Jan. 25 alongside host Adam Driver. The appearance comes just after Manic drops, so she’s sure to steal the show with an epic breakout performance.