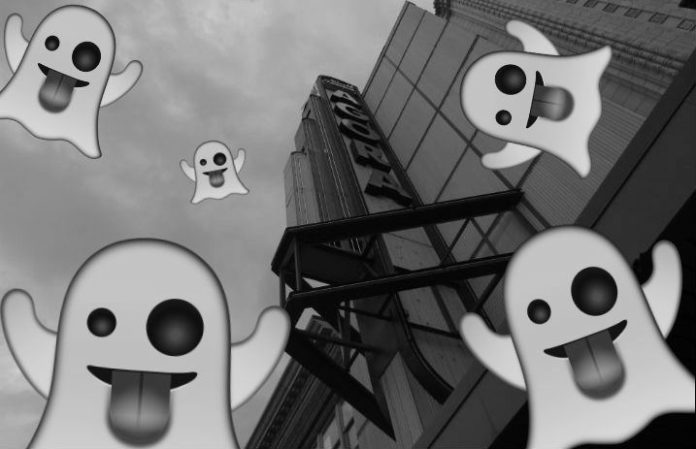 Halloween is coming up fast, and what better way to celebrate than going to a haunted venue? These 13 places have been considered haunted by concertgoers, musicians and venue workers alike.

Read more: The stories behind horror movies that are “based on a true story”

There are a few tales about the ghostly image of a tall black man that appears at the Masquerade randomly. The nightclub was previously a mill, and there are rumors that people who died in the mill now haunt the building.

The Roseland Theater: Portland, OR

This place has a pretty spooky story: Over 25 years ago, a publicity agent was murdered in the venue’s hallways. And it seems like whenever someone is murdered in such a public place, the business is always considered haunted afterward. Murder = automatic haunting.

Although the building has changed its purpose over the years, it’s always remained a staple in Hollywood’s entertainment scene. Now, visitors see images of partygoers walking around the venue and can also hear random screams and the sound of girls crying in bathrooms.

This place was featured on the popular television show Ghost Hunters, so there’s a slight chance that the haunting is legit. There are pretty regular signals emitted in different areas that register on EMF machines, and guests can observe on special tours.

The Rave has appeared in past music venue haunting lists (even one that we made in 2014), and it remains famous for strange occurrences that happen in the building. This includes a haunted boiler room. It was the last place Buddy Holly performed in before his untimely death.

The Ryman Auditorium is recognized as one of the most haunted places in Tennessee due to a legend called “the Grand Ole Opry Curse” and reports of suspected paranormal activity. The legend has been around since the early 1970s and was created because many people involved with the Opry have been the victims of untimely and tragic deaths.

Read more: The 12 most underrated horror movies you need to watch this Halloween