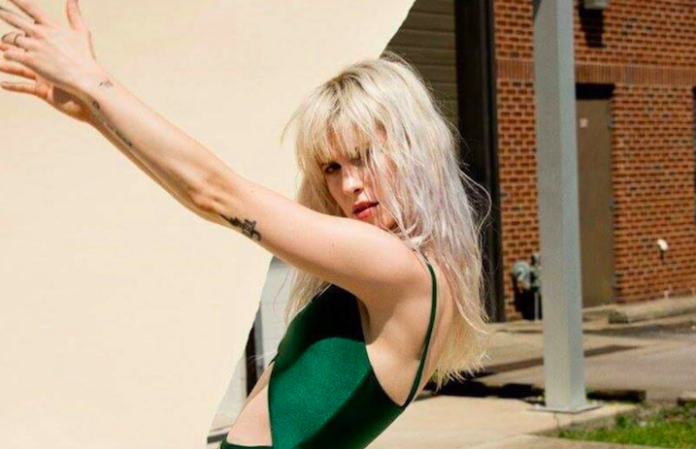 On this year’s International Women’s Day, Against The Current’s Chrissy Costanza shared a heartfelt note thanking Hayley Williams for being an inspiration in her life.

Thank you for everything @yelyahwilliams, we've never met, but you changed everything for me. #SheInspiresMe pic.twitter.com/2geJZAEgY1

Read more: Paramore’s Hayley Williams was a clue on Jeopardy yet no one knew the answer

What Costanza pinned down is, on some level, a sentiment shared by many women in this scene, musician or fan: Hayley is an inspiration for all of us.

For a long time, she was the only example. It was Hayley we looked up to as we discovered our place in the music scene. Her position as the lead singer in one of this scene’s most successful bands taught us that women aren’t only the subject of petty lyrics, that a girl’s place isn’t just in the audience cheering on men.

Snail Mail’s Lindsey Jordan remembers the moment she saw Paramore for the first time vividly. “I was eight years old and, before I saw them, I didn’t know women were allowed to be in bands,” she tells AP. “My sister brought me to the show and that was when I decided I, too, wanted to be in a band.”

Although she’s already become an inspiration for young women herself, Lynn Gunn, too, looks up to Hayley. “I’m a very big Paramore fan, and I met Hayley and she said some very nice things and we had a nice little talk,” the PVRIS frontwoman replied when asked about her favorite moment at the 2015 APMAS. “It was pretty magical. She’s awesome.”

I’d love to say Hayley’s success instantly opened a space for every woman to be herself within the music community, but that’d be a lie. What happened first was we all had to be exactly like her, if we wanted a place. Not that we don’t think Hayley is pretty cool—if you take a quick look into the AP website, you’ll find more than one story on how to dress like her. But it’s not that, is it?

She isn’t the face of women in the scene; we’re all different. She isn’t an example of what we should do, or how we should look like. Lynn Gunn, Jenna McDougall, Tay Jardine, Chrissy Costanza, Sierra Kay, Juliet Simms or any other frontwoman you can think of, aren’t Hayley Williams—and they shouldn’t be. Regardless of what we’ve been told over and over again, our scene has enough space for a lot of successful women and constantly comparing every female-fronted band to Paramore isn’t doing them any good. Hayley is far from the end-all of female-fronted bands in our scene, but she is, however, the source of inspiration for many women, teens and girls.

Just take, for example, all the several times Hayley had to address that “Misery Business” lyric. We already know Hayley was young when she wrote it and she doesn’t relate to the lyrics anymore. We learned that the first time a reporter asked about it; the other hundred times she was asked were just plain sexist. Why weren’t Panic! At The Disco asked about those “I Write Sins Not Tragedies” lyrics? Why didn’t we question Brand New’s “Me vs. Maradona vs. Elvis” until Jesse Lacey was accused of sexual misconduct? Hayley’s had to deal with a lot of bullshit and sexism over the years, but she has always risen above it all. Just look at how she addressed criticism of the lyric:

“…and that’s the funny part about growing up in a band with any degree of success. people still have my diary. the past and the present. all the good AND bad and embarrassing of it! but i’m not ashamed. one thing i’m more thankful for than just about anything is all that my experiences – including my mistakes – have shaped me and made me someone i’m happier to be. in songs and in life. it’s always a little nerve-wracking to bring you guys along for the ride but when i step back and think about it… it’s kind of a huge honor that anyone cares in the first place. in conclusion. i’m a 26 years old person. and yes, a proud feminist. just maybe not a perfect one? thanks for reading this.” —Hayley Williams writes writes in her blog in 2015

When we look at Hayley, we see an empowering figure. She’s not just the frontwoman of a Grammy-nominated band, she’s an entrepreneur named in the Forbes’ 30 under 30 list thanks to her award-winning vegan hair dye brand (GoodDYEYoung won Best Vegan Hair Dye at Peta2’s 2017 Libby Awards). She’s imperfect and she’s also someone who’s not afraid to show a vulnerable side, letting us know it’s OK to struggle.

✌�� to ladies everywhere re-learning to be alone & not lonely, eating leftovers, & building furniture w/ no help but the lord’s good grace

We relate to her lyrics, from Riot!’s “We Are Broken” to After Laughter’s “26.” We understand when she opens up about her acne and what learning about feminism means.

In the 12 years since Paramore’s debut album, All We Know Is Falling, we’ve seen the singer change and evolve. We’ll always remember her different hair colors and the powerful lyrics, but, it’s through Hayley Williams actions that we’ve learned: We can do whatever we want to do and be whoever we want to be.