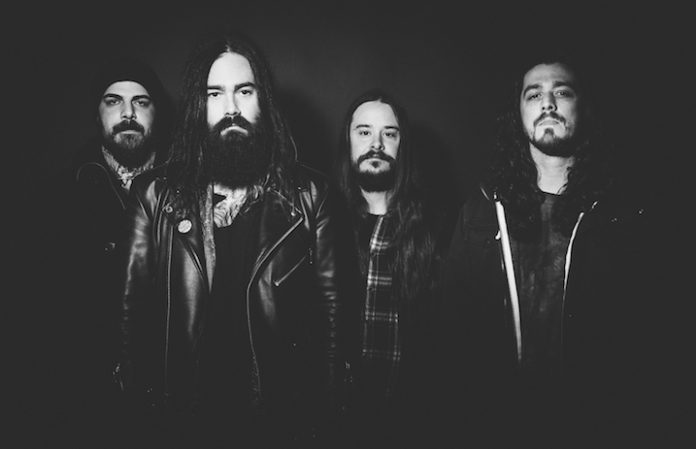 He Is Legend have long held a golden rep among their music-making peers. Now, the North Carolina foursome advance that legendary status with the premiere of “Gold Dust,” a new song from their upcoming fifth album, Few. Listen to it below.

“There's a handful of bands out there, that when I hear their record, I wish that I wrote it,” says Underoath vocalist Spencer Chamberlain. “He Is Legend have always been one of those bands.” He's not alone in his admiration for the rock group; many like-minded musicians have shaped He Is Legend's underground notoriety as “your favorite band's favorite band.”

“I’ve loved this band for well over a decade and am absurdly stoked for this new record,” raves Atreyu's Porter McKnight. Matt Halpern of Periphery adds to the praise, offering insight on He Is Legend's progression with Few: “This new record absolutely crushes. Fans like me—who have been around for years—will certainly not be disappointed.”

“Each album from He Is Legend is like an amazing new chapter in the same book,” says Nothing More guitarist Mark Vollelunga. “This band will always be in my top 10.”

Go ahead and hear for yourself. Few comes out on April 28 (pre-order here) and He Is Legend launch a European tour the same day—check the cities and dates after the track.

He Is Legend EU/UK tour dates: