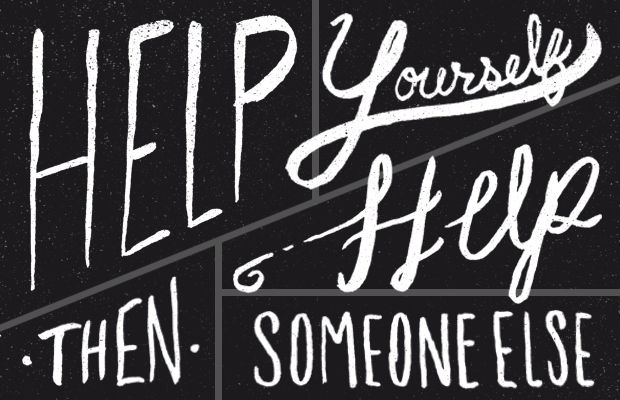 This past Sunday marked the beginning of National Suicide Prevention Week, designated by the American Association Of Suicidology to help raise awareness toward the problems of suicide and self-harm. Whether it’s the tragic deaths of returning war veterans suffering from PTSD, the genuinely shocking passing of a beloved celebrity like Robin Williams or the unknown problems of many troubled youth, the specter of suicide is very much among us. Yet in the scene that AP covers—from song lyrics that seemingly glorify it to the frequent proclamations of false modesty to curry favor with bands (read: “Your music saved my life”)—there’s a propensity to either romanticize or desensitize the notion of suicide. Yet there are many people in the world who genuinely need the reassurance they are not alone and that help is available to them. Some of those people may respond with commentary like, “I’m fine,” but as one street-smart counselor once told this writer, “‘Fine’ is just an acronym for ‘fucked-up, insecure, neurotic and emotional.’”

AP reached out to Cleveland-based independent social worker/pastor Annette Dimond for some basic guidelines to assist in helping people through their moments of emotional uncertainty and hard times. “There are a lot of people who have an underlying mental illness that goes untreated, whether it’s been diagnosed or not,” Dimond says. “The best thing that anybody can do for themselves is take care of their emotional business.”

DON’T JUST LISTEN: ASK.
If you are afraid that someone is thinking about suicide, don’t be afraid to ask them. It is genuinely that simple. “That question is not going to send them over the edge,” says Dimond. “That may be the question that pushes them to get help. When people feel heard and other people get how much pain they are in, it helps ameliorate that despair.” A statement as simple as “Are you okay? Do you feel like you are going to hurt yourself?” is both direct and compassionate while acknowledging that you are paying attention to that person.

LOOK FOR BLATANT CLUES.
Actions like buying weapons (guns, knives) or giving away once highly treasured possessions can reflect feelings of hopelessness, guilt or a sense of unworthiness. “Most of us go through that space of feeling worthless at times,” Dimond explains. “It’s the question of whether you let yourself camp there or do you go seek help. My job as a mother, a pastor or a therapist is to hold onto other people’s hope when they can’t. When they can’t see a light at the end of the tunnel, it’s my role in life to hang on to that for them and remind them, ‘Hey, I’ve got your hope right here.’”

DON’T ISOLATE YOURSELF.
Don’t ever be afraid to reach out to people. A strong social network is key to any mental health resolution. “If you don’t get what you need from the first person you call, call someone else,” Dimond stresses. “Keep calling until you get what you need.” That could be a friend, family member or the National Suicide Prevention Hotline (1-800–273-TALK (8255)). This is especially key for military members struggling with their PTSD or other emotional uncertainty. Older veterans have been counseling younger soldiers about their shared experiences in the frontlines of war. “These are people who would’ve been left on the battlefield decades ago,” says Dimond, “but the advancements in today’s medical technology were able to keep them alive. But that doesn’t address the mental trauma of PTSD.”

CONSIDER YOUR ENVIRONMENT.
Consider your choices and be discerning. Should you really be listening to depressing music or watching similarly styled movies during these periods? Maybe you need a separate playlist for those days that are significant downers, one filled with songs reminding you of your connection to life and living. “It’s so obvious to say,” Dimond says, “but people should save that music for a day when they are real clear they have no intentions of checking out. Ask yourself what you need today and seek it out.” Recent research on depression and happiness has proven that a specific state of mind can be contagious. “If your friends’ close associates commit the act, it puts you at higher risk,” she says. “The same is true for happiness: If your best friend is happy, you’re more likely to be happy, and that too goes out all the way to the best friends’ friends’ friends’ circles.”

For folks who know they are prone to suicidal thoughts, it’s great to have an escape plan,” Dimond says. “Not an escape plan from life, but an escape from those thoughts. Have it in writing because when you get to a place when you are paralyzed by the depression and blinded by your anger, you can look at the list and say, ‘I’m supposed to call these three people.’ Or ‘I should listen to this music.’ Or ‘I have these important relationships in my life and this will destroy them.’”

National Suicide Prevention Week started on Sept. 7, but the further and evident truth is that it’s really 52 weeks a year. Help yourself so you can help others. alt

OTHER READING:
TO WRITE LOVE ON HER ARMS This week, founder Jamie Tworkowski has a series of blogs and the “No One Else Can Play Your Part” campaign on his organization’s site, addressing the various aspects of suicide.

LIVE THROUGH THIS is a project created by photographer Monica Orta that focuses on the stories of people who have attempted suicide and survived. The participants come from all walks of life and tell their stories in their own words.